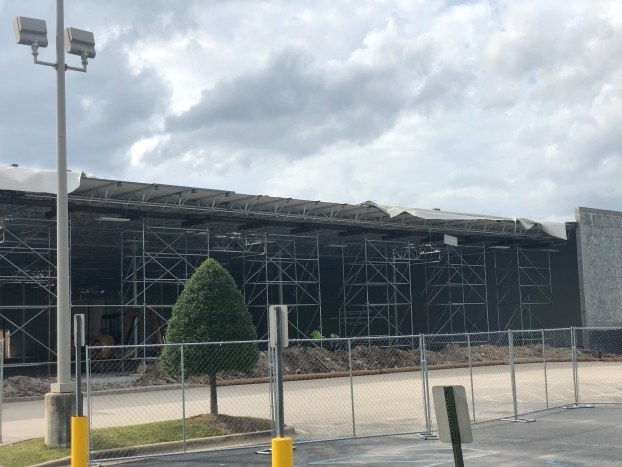 The new HomeGoods and Five Below stores, which will occupy the former Alabaster Best Buy, will be delayed in opening due to COVID-19. Five Below was scheduled to open at the end of this year and HomeGoods early in 2021. (File)

ALABASTER — Five Below and HomeGoods are making their way into Alabaster next year, but a little later than expected due to COVID-19. Brian Binzer explained that although there is not much information regarding the status of the projects right now, the two businesses are expected to open in 2021, but the virus put construction on pause for both stores.

The details about the opening date for Five Below and HomeGoods is still in the air, but Binzer anticipates more announcements in the next few months. Permits regarding the businesses were pulled in March, Binzer said. Prior to this, some renovations had already been made in preparation for next year.

“It did stall because of COVID,” Binzer said. “They pulled permits back in March and went ahead and shorted the building up while they were not working on it for the past six months or so, but the owner of the property is redoing the roof and shell, and that’s all there is so far. It will be some time next year before they open.”

The new additions to the city will be located in the old Best Buy building in Alabaster, which was vacated in 2017, Binzer said.

“They started the renovation work, tearing that out, back in the spring,” Binzer said. “They would go into that location in the Promenade shopping center.”

Binzer predicts that the businesses will wait until another holiday season rolls around to open their doors to the public, as they will not be able to open before the Christmas season begins.

“They have not announced as far as when they would open stores, but it would be after this year,” Binzer said. “Usually those retailers want to hit a holiday market. If they can’t, they will wait several months into the next year near a holiday. They don’t have enough time to meet this Christmas season, so it will be next year when they open.”