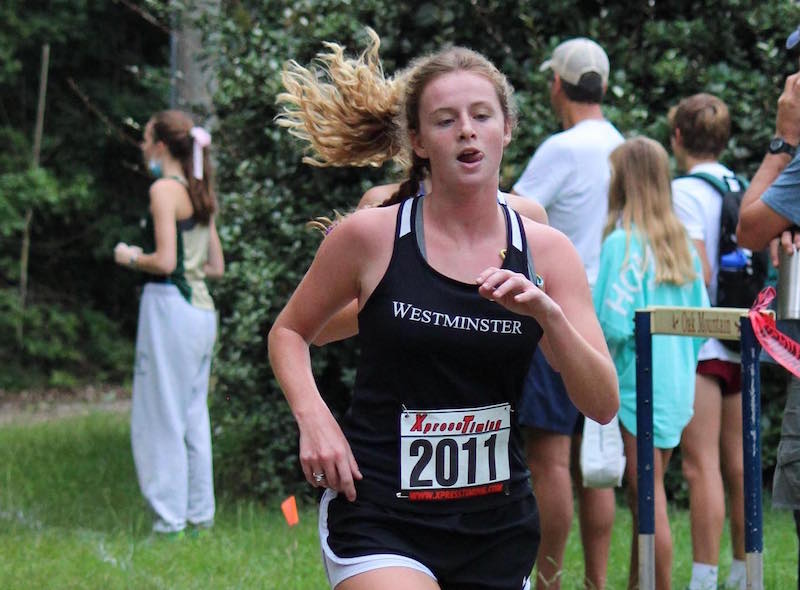 TUSCALOOSA – Competing in the Class 4A, Section 3 cross country meet on Thursday, Nov. 5, Indian Springs and Westminster at Oak Mountain both did enough to have representatives at the state meet.

With the top four teams advancing to state from each section meet as well as the six individuals not on those top four teams, Westminster’s girls and boys both won to advance their full teams to state, while Indian Springs’ boys advanced their entire team and the girls advanced individual runners.

The Knights swept the day, taking home the win in both races, and in dominant fashion.

In the girls race, Hallie Porterfield, who is considered a state championship contender in the classification, as well as Hannah Adams and Courtney Bennett all finished inside the top five.

Right behind them was Natalie Porterfield with another top-10 finish. She claimed eighth with a time of 21:44.97.

The Knights also had five others inside the top 25. Ava Gray and Cammi Griffith finished 12th and 14th, respectively, to add top 15 finishes, while Carlie Pendley finished in the top 20 as well in 18th.

Sydney Raines Davis and Amelia Shannon finished out the top 25 finishers in 22nd and 25th, respectively.

For Indian Springs in the girls’ race Elise Picard, Caroline Beisher and Catherine Hinson advanced to state thanks to strong individual finishes. Picard finished sixth with a time of 20:54.96, while Beisher finished 23rd and Hinson finished 26th.

In the boys’ race, Springs was able to finish fourth in the team standings to qualify their team for state. Mark Underwood was a big reason why with his finish of 20th behind a time of 19:18.98.

But the afternoon belonged to Westminster.

The Knights put together an impressive performance to edge out American Christian by five points for the win.

They didn’t have a winner, but they did claim half of the top 10.