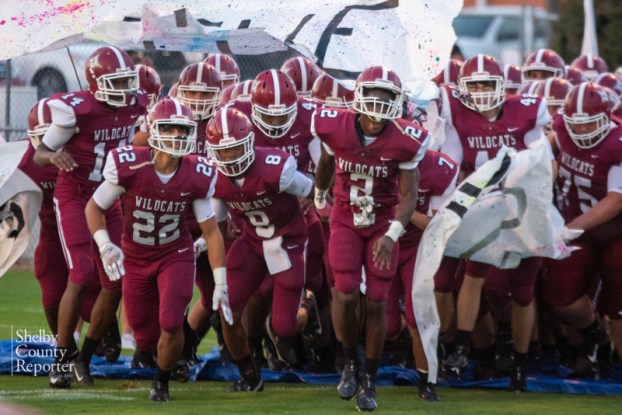 MONTGOMERY – Shelby County’s season came to an end Friday night, Nov. 6 after a 46-7 loss to Pike Road in the opening round of the 2020 playoffs.

While Shelby County fought valiantly down the stretch, Pike Road proved to be too much for the Wildcats. Despite the sad ending, however, it marked the close of a historic year for the Wildcats, who made it back to the playoffs for the first time since 2009.

“It is a huge accomplishment for these players to get into the playoffs. It’s something that hasn’t been done in a while. I’m very proud of all the work they put in, and how hard they played throughout the season,” head coach Heath Childers said after the loss. “It obviously wasn’t how we wanted it to end, but kudos to Pike Road. They had a great team and a great game plan. We’ll take this and learn from it, and we’ll build off of it next season.”

The Wildcat defense was able to hold the Patriot offense in check for the first two drives, but Pike Road weren’t denied a third time.

Quinshon Judkins opened the scoring for the Patriots with a 12-yard rushing touchdown with four minutes left in the first quarter. After a stop by the Patriot defense, Judkins scored again two minutes later from 69 yards out.

In the second quarter, Judkins found paydirt for the third time and blew the game wide open. Eli Clark continued the Patriot scoring with two more touchdowns through the air. Judkins then wrapped up the first half by scoring his fourth and final touchdown of the night to give Pike Road a 42-point halftime lead.

Despite an insurmountable deficit, Shelby County continued to fight for every inch in the second half, which led to the Wildcats outscoring Pike in the half. Conner Aderholt found an open receiver to score the only Shelby County touchdown in the game. The defense was able to hold the Patriot offense to only three points in the half.

Despite this show of toughness and grit, Shelby County fell 46-7. The Wildcats might have been eliminated, but took away plenty from a matchup with an undefeated No. 6 team in the state.

By ANDREW SIMONSON | Special to the Reporter MONTGOMERY – In a wild season for the Montevallo Bulldogs, it only... read more