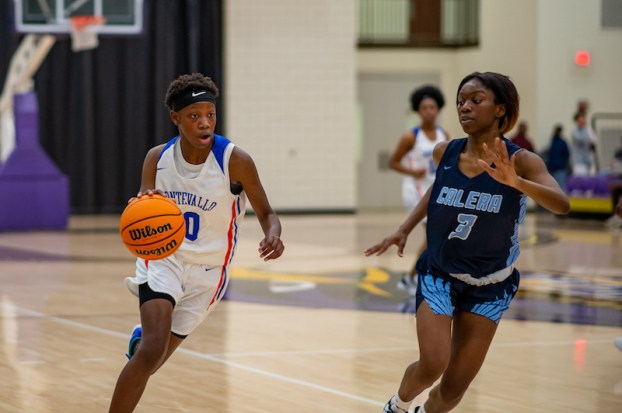 The Montevallo Bulldogs will have a young roster for the second year in a row, but most players on the team have experience from last year. (File)

MONTEVALLO – The Montevallo girls basketball team will enter the 2020-2021 season young once again. This year’s team has nobody older than a sophomore, but the positive is that most of those players played last year as freshmen.

Last season, the Bulldogs finished 10-16 overall, but showed promising signs in area play with a 5-3 area record. Ultimately, they lost 59-36 in a tough first round area tournament matchup with Leeds to end their season, but the team showed growth throughout the season despite playing mostly freshmen and some eighth graders.

Now, heading into the 2020-2021 season, head coach Tena Niven, who has been at Montevallo for 20 years, knows her team is still young but sees the season as another chance for the players to grow into what could become a playoff threat over the next three years.

“We’re very young, but not as young as,” Niven said letting out a laugh through her smile. “They’re working hard and it’s going to be fun to watch them grow, but just in the few days of practice we’ve had, I’m very pleased with what I’ve seen. They’ve grown and are more mature with their playing now.”

The players also admit to growing during the last year, knowing they have started to take it more seriously.

Teammate and sophomore forward Sierra Kennedy reiterated that point, saying how close the team has become.

“We’ve learned to work together. This year, we need to focus on playing together and continuing to learn so we can take the next steps,” she said.

And that’s something Niven is driving home. She said that high school sports have become too much about the individual and getting athletic scholarships instead of working together as a team toward one goal.

But this year’s team has bought into the idea of wanting to play and have fun, while working as a team to accomplish set goals.

“I have nine on the roster right now, and they’re invested in it,” Niven said. “I told them, ‘Look, we’ve got a tough schedule this year. We can’t be so focused on wins and losses that it takes away from them getting better.’ The next two years they can focus on that, but right now, I want them to focus on getting better and competing. I’m a very competitive coach, and we’ve had a high standard for a while, but I knew at the end of last year looking at the young players coming up, that the most important thing was that they are getting better and having fun.”

Returning to this year’s team will be both Kennedy and Ivory as leaders, while Destiny Burns will take on a major role as a freshman point guard.

“She started the area tournament for us last year,” Niven said. “The good thing is she is comfortable at that position. It allows Jai-Lin to have some relief to play the tow guard this year. It feels more natural for both players.”

Beyond that Teasia Purnell, Camille Holmes and Kenyia Simpson will all be important playmakers this year with Purnell being the tallest player on the team.

“Those will be the main sophomores who will play a key role. They came up as eighth graders after Christmas last season,” Niven said. “It was unfair last year to have to carry such a heavy load as ninth graders. After the season, I had to evaluate the kind of pressure they were under. They were 14 and 15 years old, and I’m out there yelling. You have to step back and realize they’re doing the best they can. In practice, I’ve started focusing on giving 100 percent effort, even if you’re doing something wrong X’s and O’s wise.”

Despite the team being young, Niven and the players feel like they could still see some success and surprise a few teams.

“I think there will be some teams we’ll surprise,” Niven said. “If I looked at our roster and saw the height and the number of ninth and 10th graders, I wouldn’t be too worried, but we can surprise some people. They’re starting to work together and play well.”

Niven said that if this team sticks together and continues improving this year and beyond, it reminds her of the 30-2 team from a few years ago.

Ivory and Kennedy also feels good about the season and the possibilities ahead.

“We want it a lot and we know we’re going to surprise people. We know people think about last year, but they don’t know how strong we are together,” Ivory said.

“People look down on us because of our age,” Kennedy said. “We’ve all been playing together for so long. We’re all so tight and comfortable around each other that we will be ready.”