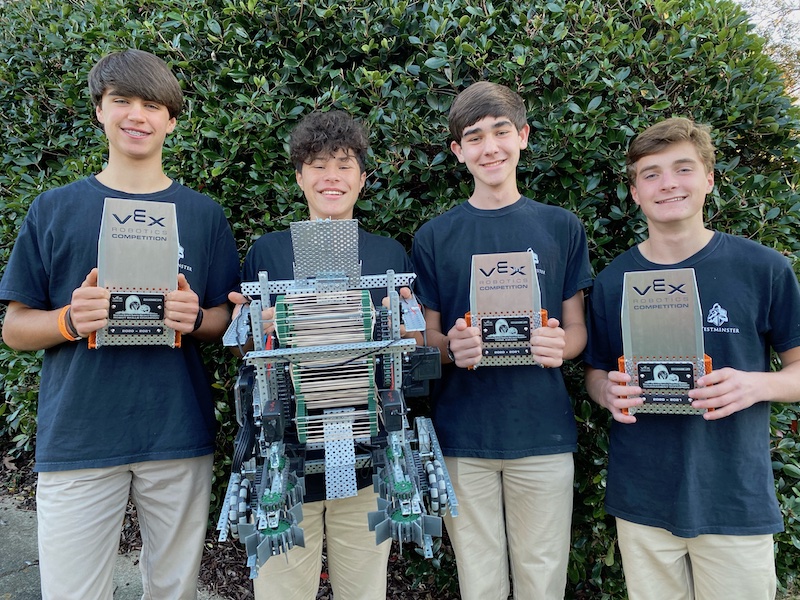 The 10th grade Robotics Team from Westminster School at Oak Mountain competed in the Brentwood Academy Robotics Halloween Competition in Nashville on Oct. 30-31. The members competed against 31 other teams, all from Tennessee except one from Georgia.