Graham helps to bridge the gap as a mediator

Hoke Graham has been a volunteer with the Employer Support of the Reserves and Guard (ESGR) for the past 27 years. His experience as a businessman and guardsman equipped him with understanding of how military and civilian employers needed to work together. 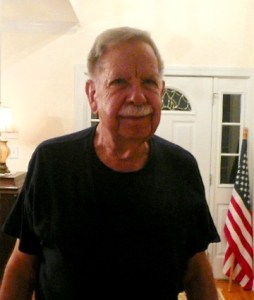 His tenure with ESGR began when a friend who was in the Air National Guard invited him to a meeting. He decided to join at that time. For 21 years of his involvement, Hoke was an Ombudsman and pointed out, “We do not take sides, we are mediators.”

After 9/11 he mediated numerous cases. Graham currently serves as the State Ombudsman Director. After receiving cases, he assigns them to an Ombudsman or takes the case himself.

For over three decades Hoke has been a member of The Warblers Club, a men’s choral group that has its roots in the original Warblers Club of Woodlawn High School in Birmingham, which existed from 1929-1977. Most of the current, active performers were members of the Woodlawn High Warblers during their high school days. Graham is one of the 40 male voice chorus which is now combined with other schools. The Chorus performs for civic organizations and churches. Every two years the chorus performs a concert.

“We sing a lot of Gospel and Broadway songs. We also do a few comedy acts,” said Hoke. “I like to sing. I’m a baritone and bass.”

Although the church he currently attends, Church of the Highlands (main campus) does not have a choir, Graham has been a member of the choir all of his life. For about 10 years he served as a deacon at his previous church, South Roebuck Baptist Church in Birmingham.

He became a Helicopter and Aircraft Technician and was a First Sargent (EA), of an aviation unit in Birmingham.
“I wouldn’t take nothing for it,” Hoke said, referring to his 30-year career. “Ever since I was a child, I read books about airplanes and made model airplanes. At age 12, I joined the Civil Air Patrol,” said 79-year-old Hoke Graham.

A licensed Civilian Aircraft Mechanic for the past 20 years, he owns a Cessna 150 airplane.

Hoke is married to Charlotte, his spouse of 35 years. They have two children, four grandchildren and one great grandchild. One of his passions is driving his 2015, Model 206 corvette. “The Hokester” as he is known in MACC, he has served as its president on three previous occasions and vice president four times.

Shaking it up at Hometown Nutrition

By SASHA JOHNS / Community Columnist On the last day of October, a new business opened up in Columbiana. Rachel... read more