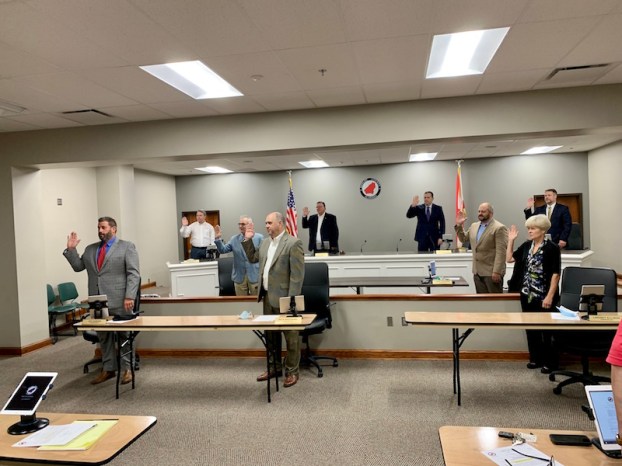 COLUMBIANA – Shelby County Probate Judge Allison Boyd led a swearing-in ceremony for the members of the Shelby County Commission on the morning of Wednesday, Nov. 11.

Following the ceremony, the Commission held an organizational meeting to vote on meeting dates and bids for two highway projects.

According to the resolution, any exceptions to future regularly scheduled meetings will be addressed in the holiday calendar approval resolution each year or at a meeting prior to the change.

Regarding the highway project bids, the Commission approved:

FROM STAFF REPORTS The Women’s Business Council, facilitated by The Shelby County Chamber, is collecting donations and stocking stuffers for... read more