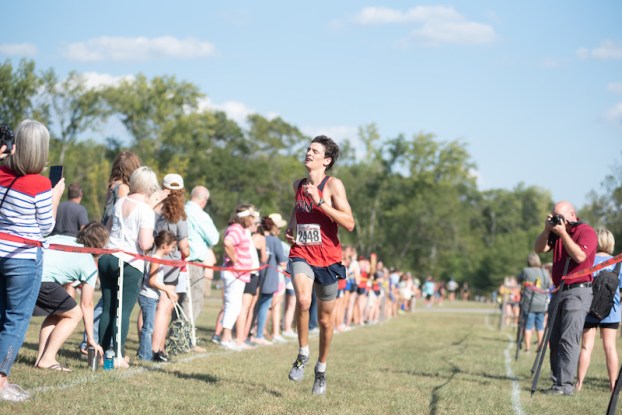 OAKVILLE – Walker Cole entered the 2020 cross country season with redemption on his mind. The senior at Oak Mountain High school finished second at last year’s Class 7A State Championship meet, but on Saturday, Nov. 14, he had the chance to complete his path to redemption at Oakville Indian Mounds Park in the 2020 edition of the championship.

Saving one of his best performances for last, Cole completed a remarkable season by finishing the race in a speedy 15:13.66 to claim the championship race by 10 seconds over Auburn’s Stewart Brown.

That time marked the second fastest of the season for Cole, who ran 15:08.82 at the Jesse Owens Meet earlier this season but finished second in the event. It also completed a season that saw him finish inside the top three in all eight of his events this season with only one of those being a third-place finish and four being wins.

He was also just slightly off of his personal record set in last year’s sectional meet where he ran the race in 15:08.30 to win. But after going on to finish second in the state meet a week later with a time of 15:24.35, he was determined to get back and win the title this year.

He improved on his time by more than 10 seconds at the same course to do just that and beat several rival runners from across the state who challenged him throughout the season. 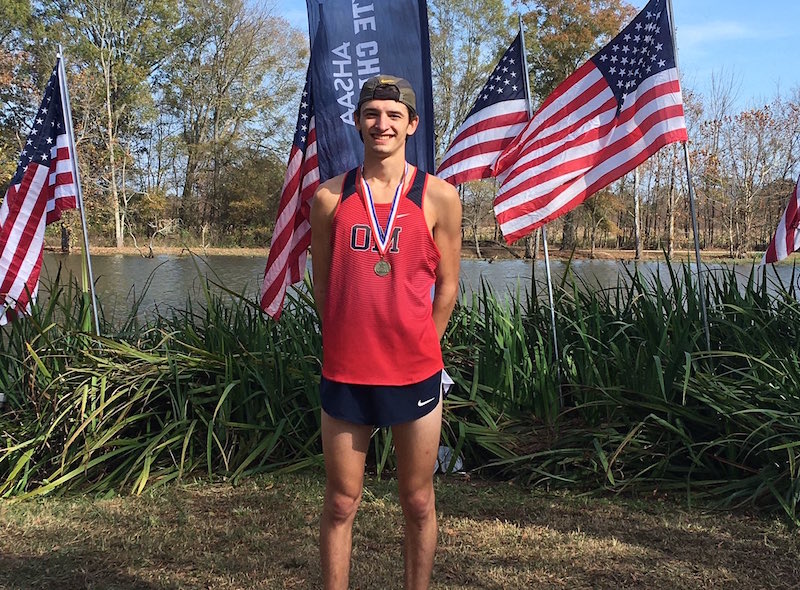 In addition to his impressive performance, teammate Hunter Wright finished inside the top 10 as well, while other local runners in both the girls and boys Class 7A races performed well.

Wright finished 10th on the dot with a time of 16:05.36 in the race, which helped the Eagles claim sixth in the overall team standings. Reese Bell was the only other Oak Mountain runner to finish inside the top 50. He finished the race with a time of 16:47.33 to claim 34th.

The Spain Park Jaguars, who finished eighth overall in the team standings, had three runners finish inside the top 50 and one just outside.

Sophomore Keith Warner, who has had a special season, finished the race with a time of 16:23.89 to take home a finish of 17th in the event and lead the Jaguars.

The Thompson Warriors only had one runner compete in the event, but Jackson Hamlin put together a personal record showing with a time of 16:54.03. That was good enough to earn the junior 36h in the individual standings.

In the girls race, Mackenzie Culpepper put together her fastest race of the season, running the event in 19:43.12 to finish in eighth as the county’s only top-10 finisher.

Spain Park’s Peyton LeCroy was the only other local runner to finish inside the top 50. The sophomore finished the race in 37th thanks to a time of 21:05.75.

Thompson also had one runner compete in the event as Lauren Moon finished in 61st with a time of 21:40.09 to cap off a special 2020 season.

By ALEC ETHEREDGE | Managing Editor ALABASTER – For the fourth consecutive year, the Thompson Warriors are headed to the... read more