First witnesses called during day one of Kat West trial 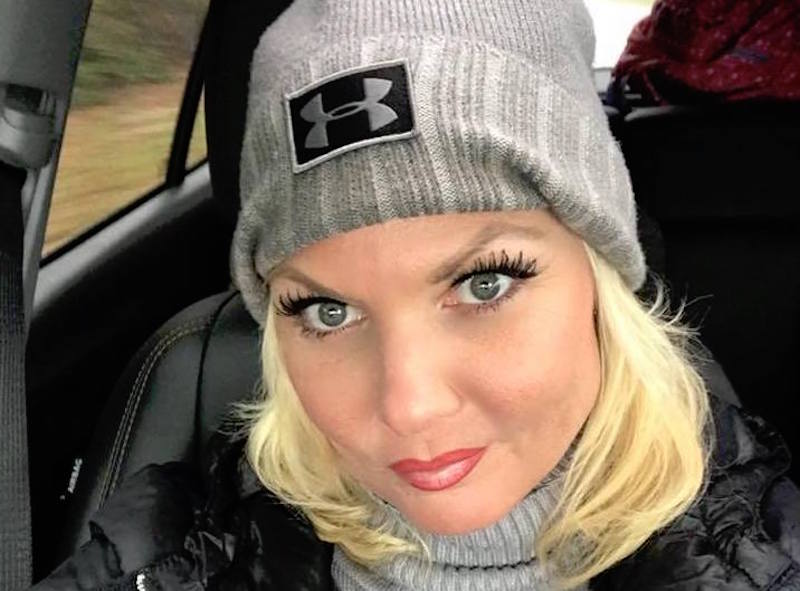 Witnesses took the stand for the first time on Tuesday, Nov. 17, in the trial of Jeff West, who is accused of murdering his wife Kat West in their Calera neighborhood after she was found dead on the morning of Jan. 13, 2018. (Facebook photo)

COLUMBIANA – “She saw a man pacing inside of his home.” That was a sentence Shelby County Assistant District Attorney Dan McBrayer repeated five times in his opening statement of the Kat West murder trial on Tuesday, Nov. 17.

That was McBrayer’s account of one of the 9-1-1 callers during the morning of Jan. 13, 2018, when the body of Kathleen Dawn “Kat” West was found outside of her home at 152 Greenwood Circle in Calera.

West was found dead that morning by the Calera Police Department half nude and halfway on the street.

McBrayer used that same sentence several times to hammer home the alleged point that William Jeffery “Jeff” West, who is accused of murdering his wife, was in fact awake during that time despite telling police that he was asleep and didn’t wake up until the dog barked and the police arrived.

During the opening statements, the prosecution said they will prove without a reasonable doubt the burden of proof that they need to in order for the jury to return a guilty verdict at the end of the trial.

According to the prosecution, West murdered his wife with a bottle of Absinthe, which led to the cause of death of blunt force trauma.

The defense, however, set the stage to argue that there was no murder and that West was innocent.

They allege that Kat West instead fell and hit her head.

Defense attorney John Robbins who is representing Jeff West said in his opening statement that there is two sides to every story and said once his client’s side is heard, it will be proven that he is not guilty.

In his opening statement, Robbins said the autopsy doesn’t show that the Absinthe bottle or anything on the scene caused her death and said that the cause of death was undetermined.

The defense also shared a timeline of the Friday before Kat West’s body was found. That morning, Robbins said Jeff West took his daughter to school, went to breakfast at McDonald’s and went hunting with his dad.

According to the defense, after they finished hunting, they got home around 5:30 p.m. and Jeff and Kat West’s daughter went with her grandfather.

The couple then went on a date night to a local Calera restaurant, went to a local liquor store and came back to the house where Jeff West took pictures of his wife dressed in pink underwear and high heels.

At 11:30 p.m., Robbins said that Jeff West went to sleep in the downstairs bedroom because his leg was sore from his time in the army, but that Kat West decided to stay up.

The defense then said the alarm system alerted the front door opening at 1:51 a.m. that morning and wasn’t closed again until 5 a.m., while the prosecution added that the alarm company’s documents will also play a big role in their case.

At the time Kat West was found the next morning, the defense said she was just wearing a pink bra, while her underwear was on the kitchen table and her shoes were also off.

According to pictures of the scene, she was found face down with a bottle of Absinthe propped up against her phone.

Brandon Myers, a Calera Police Officer, was the first witness called to the stand as one of the first responders on the scene at 5:11 a.m. along with three other officers.

He was one of the officers to attest to finding her halfway in the street and on the curb and partially nude laying with a “large” pool of blood by her head with a small trail and some blood spots further away in the grass.

Myers’ body cam footage showed two people, identified as the 9-1-1 callers, across the street, and allegedly showed a person on the front porch of 152 Greenwood Circle, which was the West’s home. According to Myers, that person went back inside after spending a little less than a minute on the front porch.

The defense asked Myers if the body was moved in any way during cross examination, arguing that it was and questioning whether police or anyone touched or moved the body in his presence.

Following testimony from Myers, My’esshiaa Purifoy took the stand as a witness after becoming the first to see the body. On her way to work that morning, Purifoy testified to possibly seeing a body on her way out of the neighborhood.

She called her mom, Waukesha Blevins, and immediately circled around the neighborhood to a different entrance and went home to pick her and her step dad up to take them back to the scene.

Once back, Blevins, who took the stand after her daughter, testified to calling 9-1-1 and her call was played for the courtroom to here during her testimony.

During the call, she can be heard saying,  “Mam, mam, mam,” to check for any sign of life while her husband touched her to see if she was responsive.

Blevins told the person on the other end of the phone, “The lady looks dead.”

She also questioned why somebody hadn’t called it in yet.

According to Blevins, she said that because she noticed the door open and all lights on inside what she said was the West’s home with someone pacing back and forth before police arrived.

Fred Yarenko, a member of the Calera Police Department, followed that testimony. As a police officer and evidence technician, he was responsible for gathering evidence from the scene.

During cross examination, the defense asked whether or not he noticed any liquor from the bottle had been spilled anywhere around the scene and he said they did not notice any, and even said he and the other officers were surprised not to see any.

Guy Carney took the stand following testimony from Justin Thomas of the Calera Fire Department, who will return to the stand after his questioning was cut short.

Carney was a co-worker of Jeff West as security guards, and he gave compelling insight into what West allegedly said to him in the days following the death of Kat West.

Carney reached out to Jeff West on Saturday as a concerned friend and co-worker, but didn’t hear back from him until Sunday.

On that Sunday, Jan. 14, 2018, Carney said he and Jeff West talked over the phone. Carney alleges that Jeff told him he fell asleep on the couch with Kat West still awake and he didn’t wake up until the dogs started barking.

Carney said he was told by Jeff that he opened the front door and saw what was going on.

When Carney asked what could have happened, he alleges that Jeff responded by telling him that in the past when she was intoxicated, she’d walk around the yard like that barefoot and sometimes would jump on the trampoline.

Carney said Jeff told him he thought she might have been doing that and hit her head on the trampoline bar or been doing something similar in the front yard.

The only other thing Carney said the two talked about that day was the detectives questioning him about blood in the house and cleaning supplies near the blood, but there were no other details given.

The two talked again on Wednesday according to Carney, but just talked more about it not being unusual for Kat West to be walking around the yard when she was intoxicated.

The final person to take the stand during the opening day of the trial was Shelby County Sheriff’s Deputy Luigi Ragazzoni, who was an officer with the Calera Police Department on Jan. 13, 2018.

Ragazzoni said Jeff West approached him saying that it was his wife at one point, and he had to be the one to give him the news that she was deceased.

From that point the two shared conversation as Ragazzoni tried to keep his mind off of the death of his wife.

During the body cam footage, West says that he woke up and saw the door open to the front of the house, then he called his wife with no answer.

That’s when presiding Judge Bill Bostick decided to call recess for the day until resuming the case at 9 a.m. on Wednesday morning when Ragazzoni’s testimony will continue.