Milo’s expected to open in Alabaster at old Krystal location 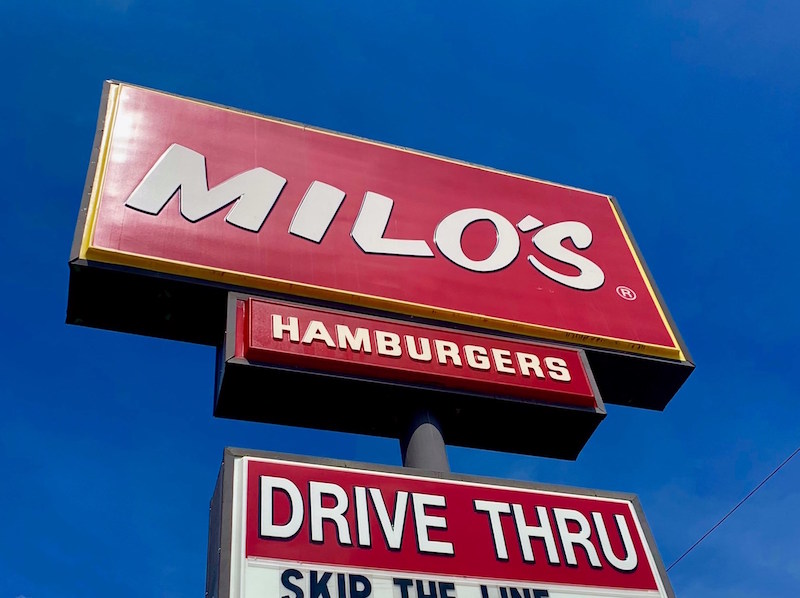 Milo’s is expected to take over the old Krystal location in Alabaster in 2021 after receiving the proper permits. (Contributed)

ALABASTER – After months of scoping out the city, Milo’s has applied for a business license to open a restaurant in Alabaster and is now expected to take over the old Krystal building off U.S. 31.

City Administrator Brian Binzer explained that the franchise has been considering having a location in Alabaster for several months, and the sudden opening of a major commercial area in the city has prompted them to begin the building process.

“Milo’s has been scoping the city for months. They did have a permit for a food truck for a little while ago to test the market and they did just apply for a business license for the old Krystal building,” Binzer said. “I haven’t talked directly with them, and I think that site became open in the last month or so. It’s a key commercial corner on a state highway with a traffic light, so it’s a really good commercial corner for someone to snatch up.”

Binzer said there are a series of permits that the franchise will need in order to move forward, but that the process should not be difficult. The state of the building appears to be solid, which contributes to the transition according to.

“There’s not a lot of hurdles people have to go through from a license standpoint,” he said. “It’s just if they have to do renovations, but everything looks to be in decent shape. They will have to pull interior building permits, but because it’s already an existing building, they probably won’t have much unless they have a lot to do with the kitchen, but they may not need more than that.

“They will more than likely have to have a permit for signs to change the signs out as well.”

Although nothing is set in stone quite yet, Binzer said the business is taking the necessary steps to begin the process of opening in Alabaster.

According to Binzer, the location, which is at the corner of U.S. 31 and Industrial road, is prime for a new restaurant in the area, while the timing is also perfect.

“To my knowledge they haven’t submitted more than a business license, but they have had a good truck out there and have been very interested in the market, and they see the success with other businesses across the street like Dunkin Donuts,” Binzer said. “It’s ripe for great business opportunities. The time is coming now that most people are catching an audience of doctors and nurses and patients as well with the medical center here, so it’s a great place to open a restaurant.”