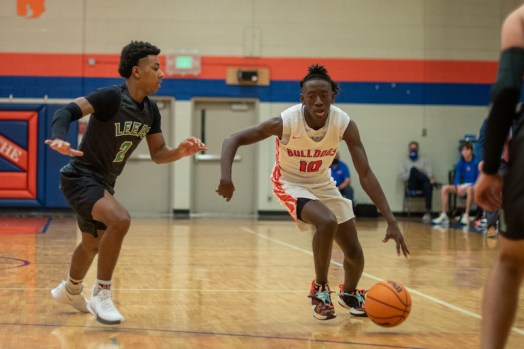 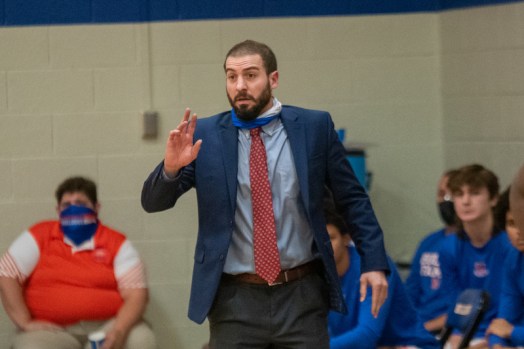 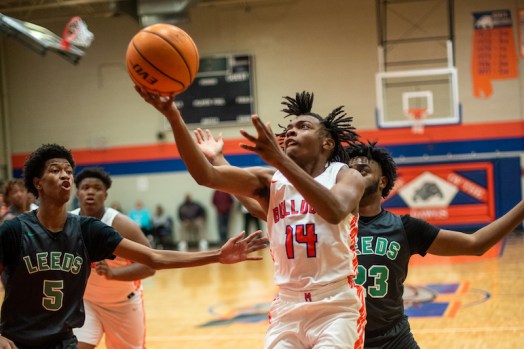 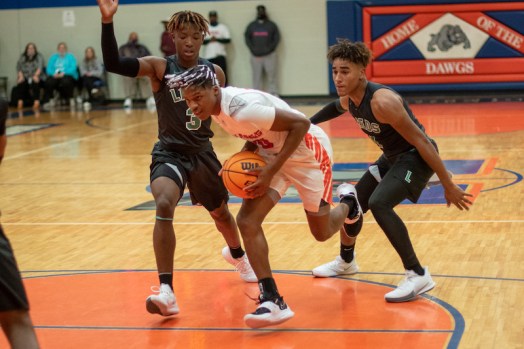 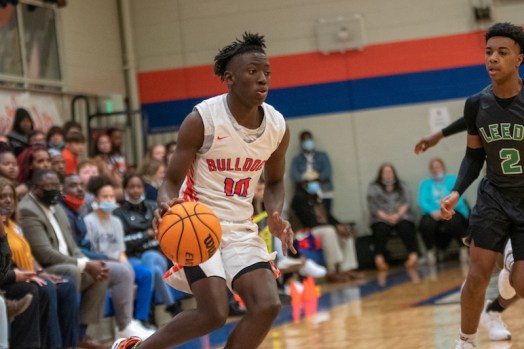 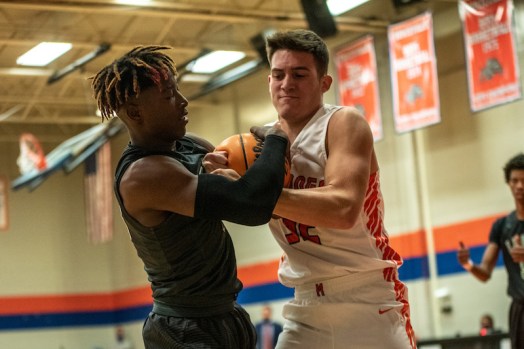 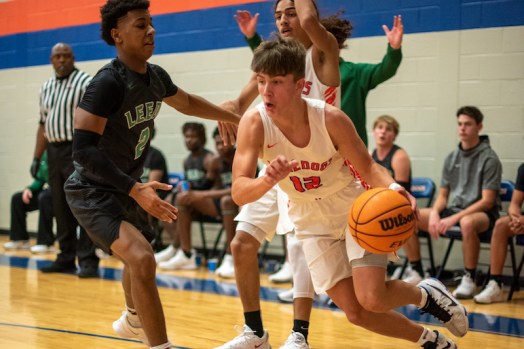 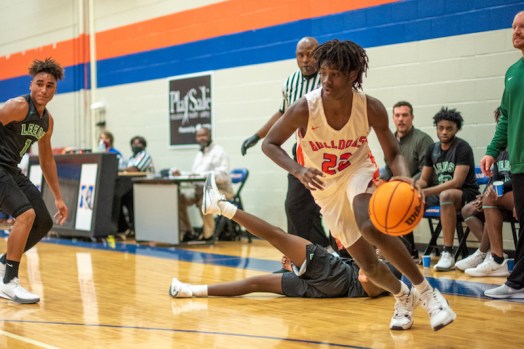 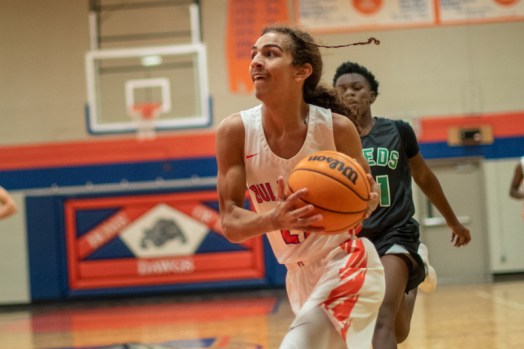 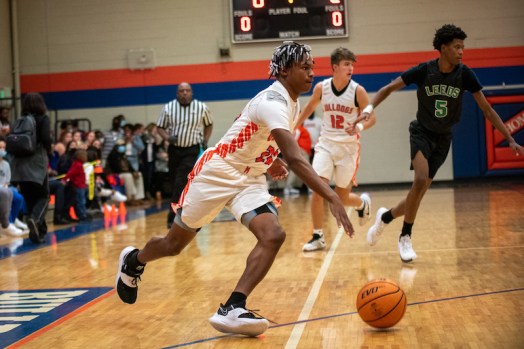 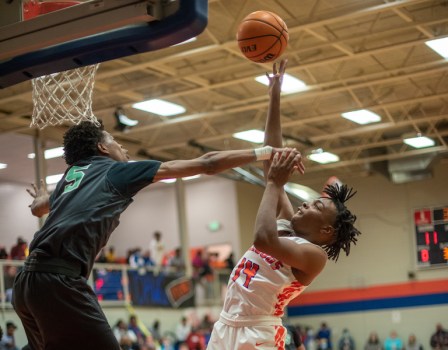 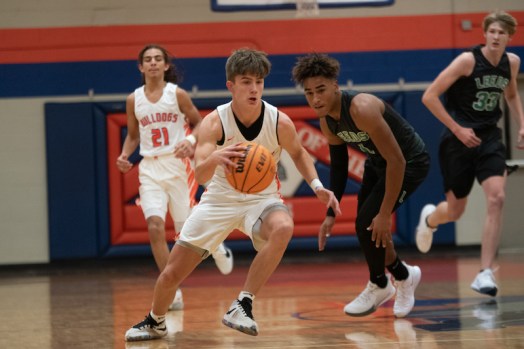 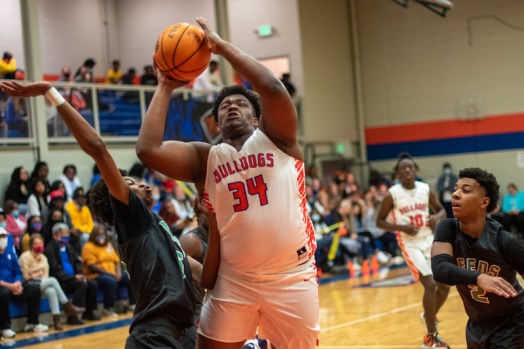 MONTEVALLO – New head coach Keegan Bell picked up his first win leading the Montevallo Bulldogs on Tuesday, Nov. 17, thanks to his team scoring 67 points in a 67-52 victory against the Greenwave.

It marked the first game the Bulldogs had their entire roster together following the football team’s exit from the playoffs the Friday before, which also meant the first game for the county’s returning leading scorer from last season—Michael Jones.

Jones finished the game with 20 points, five assists, five rebounds and five assists to help Montevallo improve its record to 1-1 and give Bell his first win at Montevallo.

The Bulldogs took command of the game in the opening period not only behind seven points from Jones and five from Kial Cottingham, but also a strong defensive effort.

On that end of the floor, Montevallo gave up just eight points on four made field goals, while the Bulldogs put up 10 more points for 18 to take an early 10-point lead at the end of the first quarter.

That was the start of a consistent offensive effort for Montevallo throughout the night.

In the second quarter, the Bulldogs put up 17 more points from five different scorers, with Cottingham and Jones each adding four more points.

The defense wasn’t as strong in the second quarter, or the rest of the game, but they had the cushion they needed and never did get outscored in any quarter of the game.

Montevallo was able to extend its lead to 35-22 at the half after holding the Greenwave to 14 points in the second period.

Coming out of the half, the Bulldogs continued their special offensive performance with Zay Cartwell scoring six of his eight points in the game.

That, along with five more from Jones, led to Montevallo scoring 17 more points as a team. The defense gave up its most points of the game thanks to three 3-pointers from Leeds, but it still wasn’t enough for them to outscore the Bulldogs, as the Greenwave scored 16 in the frame, which allowed Montevallo to take a 52-38 lead going to the final period.

And that cushion remained too much for the Greenwave to overcome, as they never found a way to get the offense to the next level.

The Bulldogs added 15 more points in the final quarter, while Leeds put up 14 points, leading to the 15-point win for Montevallo.

Cottingham and Dylan Campbell both finished the game with 11 points to give the Bulldogs three scorers in double figures, while eight total players scored in the win.