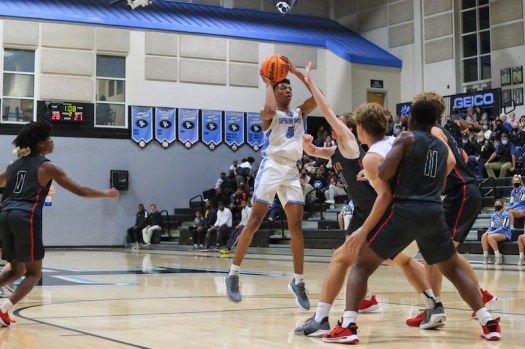 Cam Crawford posted 20 points to help the Spain Park Jaguars improve to 4-0 on the season with a 52-45 victory against rival Oak Mountain on Friday, Nov. 20. (For the Reporter/Dawn Harrison) 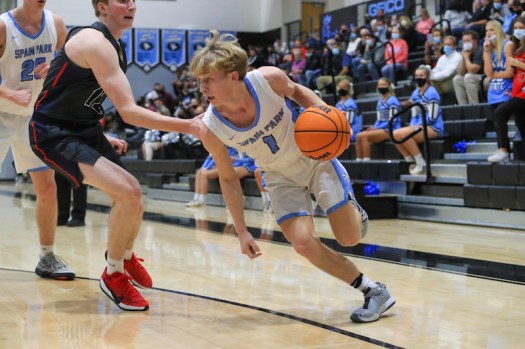 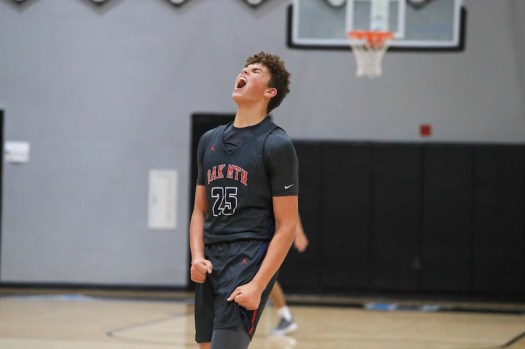 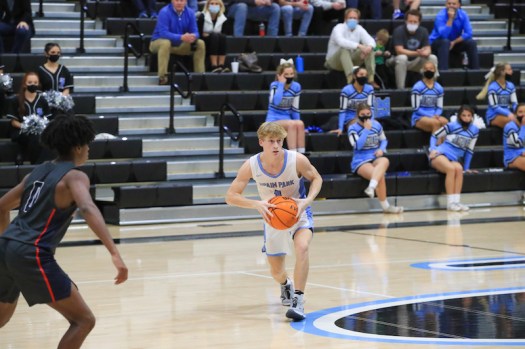 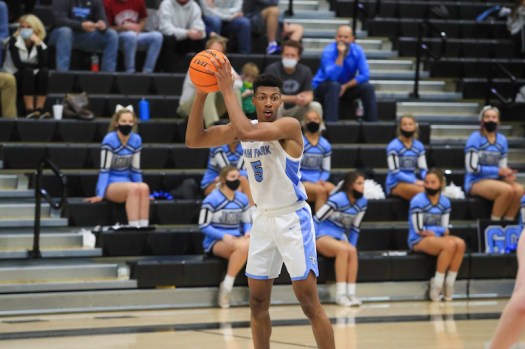 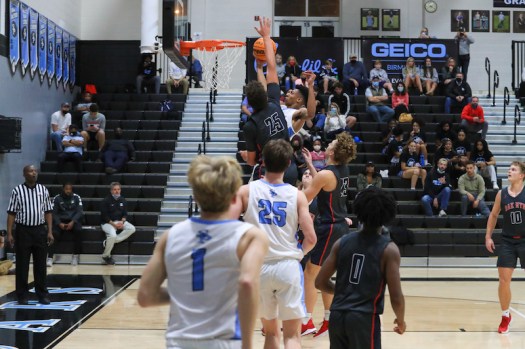 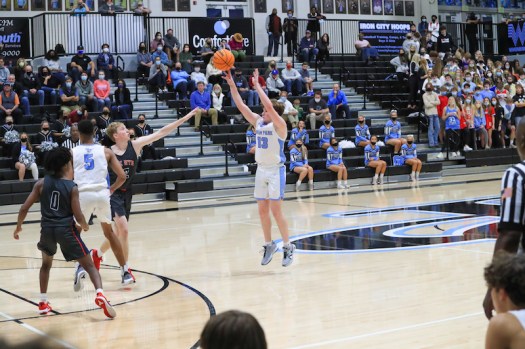 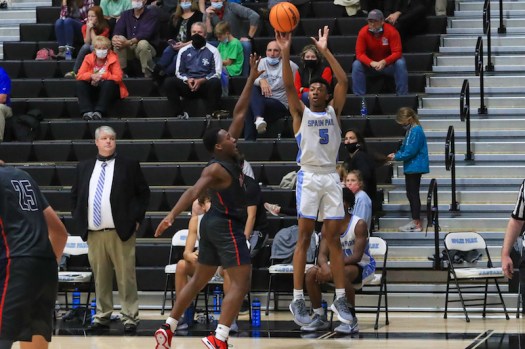 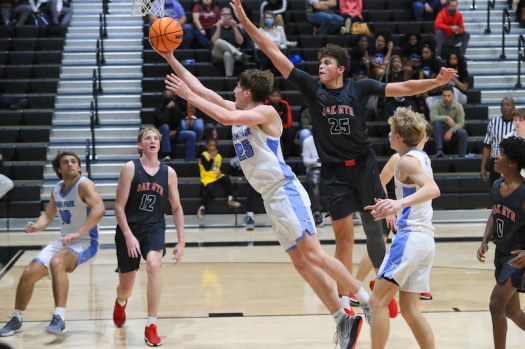 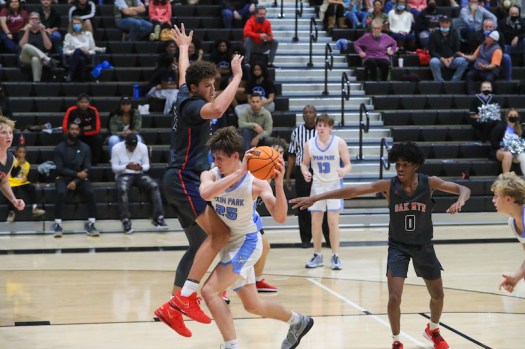 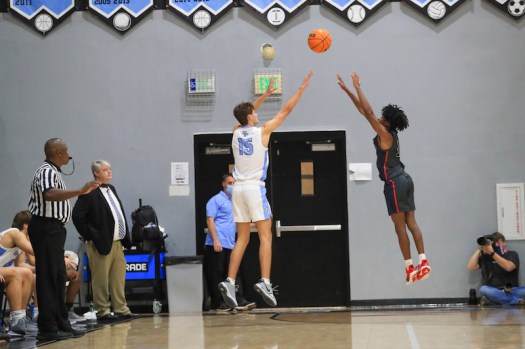 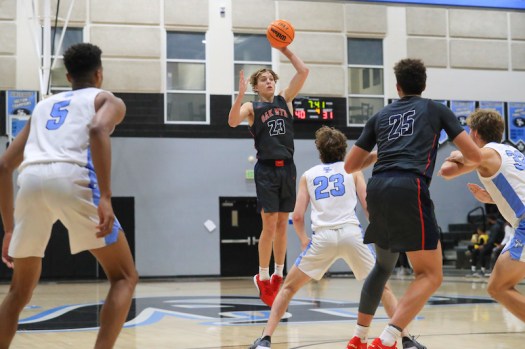 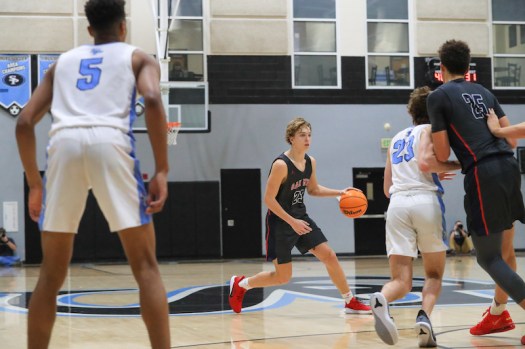 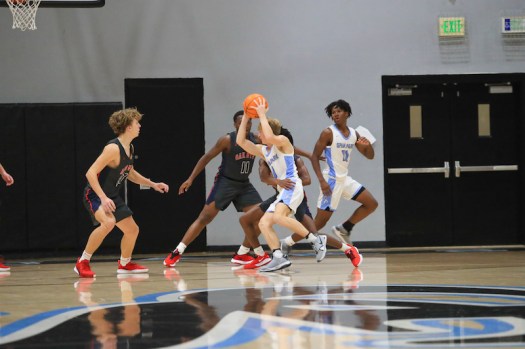 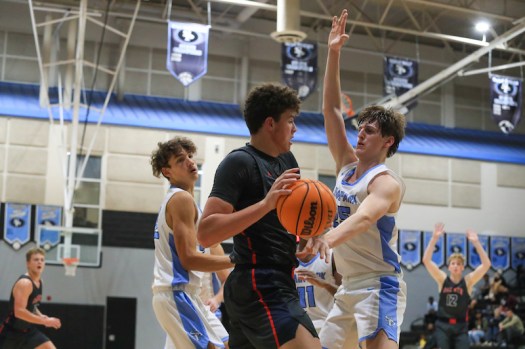 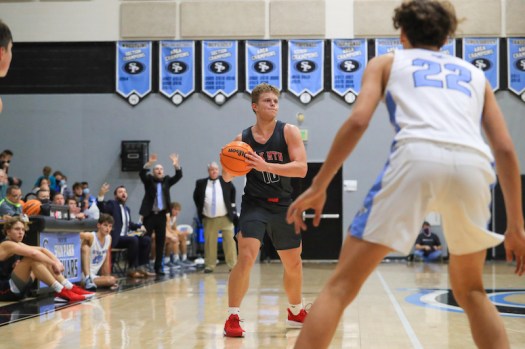 HOOVER – In a matchup that featured a Final Four team and an Elite Eight team from last year’s Class 7A basketball playoffs, the Spain Park Jaguars hosted the Oak Mountain Eagles on Friday night, Nov. 20, in a battle of unbeaten teams early in the 2020-21 season.

And thanks to an impressive first quarter of play, it was the Jags who remained undefeated with a 52-45 win against the Eagles to improve to 4-0 on the season.

Spain Park got off to that strong start in large part due to Cam Crawford catching fire from beyond the arc in the opening quarter of play. Crawford drained three 3-pointers in the period and totaled 11 points, which played a part in the Jags scoring 20 to open the game.

On the other end of the floor, Spain Park was able to hone in its defensive effort against Will Shaver in the post with the Eagles still down a few starters early in the season due to injury and football players transitioning.

That led to the Jaguars limiting Oak Mountain to just 10 points in the quarter, giving Spain Park an early 20-10 advantage on its home floor.

But the Eagles quickly made adjustments on the defensive end, and while they were in a hole and forced to battle back the rest of the game, it was far from over.

Spain Park missed eight shots in the second quarter, making just three thanks to a strong effort from the Oak Mountain defense, while the Eagles started chipping away at the deficit with Shaver finding a rhythm.

The junior scored nine points in the quarter and totaled 14 in the first half to help pull Oak Mountain within seven points at 28-21 going into the halftime break.

But the uphill battle proved to be too much for the Eagles in the second half.

In the third quarter, Spain Park was able to extend the lead by one point going to the fourth thanks to outscoring the Eagles 12-11. The Jags were able to contain Shaver, limiting him to just two points, which helped make a difference in the quarter.

In the final quarter, the Eagles made a late push to cut the deficit to five points at 48-43 with 1:35 to go thanks to made 3-pointers from Shaver and Cam Whitaker, while Shaver also added eight total points in the period.

But with the score 50-45 with 44 seconds to play, Oak Mountain couldn’t get any closer as Crawford iced the game with two late free throws.

He finished the game 20 points, while eight players scored for the Jags in the win, including Colin Turner with eight and J.R. Lambert and Josh Harrington both with seven.

Shaver led Oak Mountain with a double-double behind 24 points and 10 points, while Matthew Heiberger added eight points and seven boards. The Eagles were without at least three starters in the loss.