Thompson pulls away from Chelsea in county battle 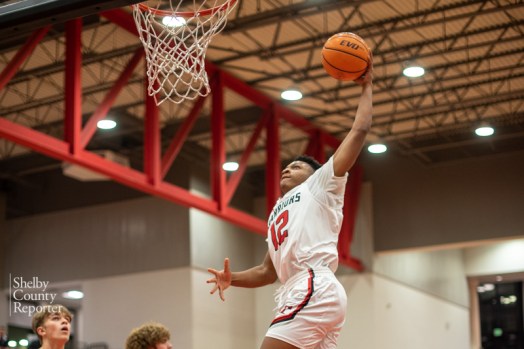 Thompson's Steven Walker goes up for a dunk against Chelsea in a game the Warriors eventually pulled away to win 63-35 on Thursday, Nov. 19. (Reporter photo/Keith McCoy) 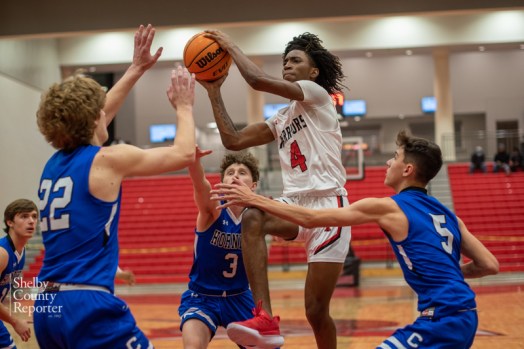 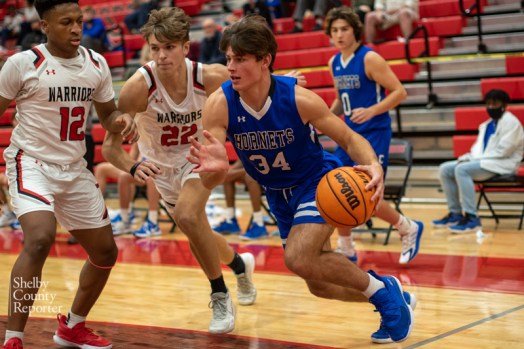 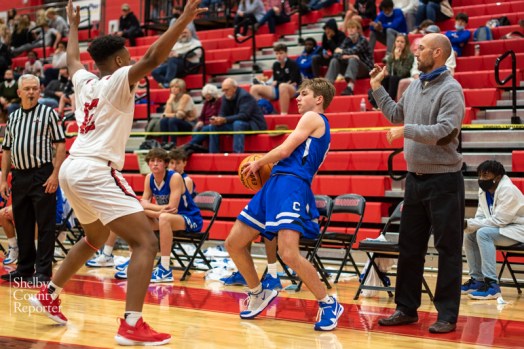 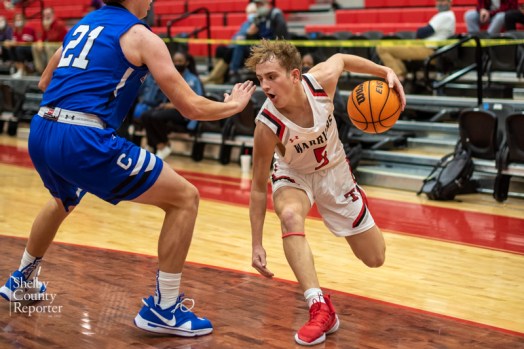 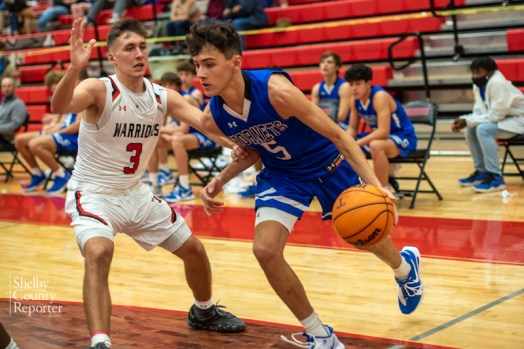 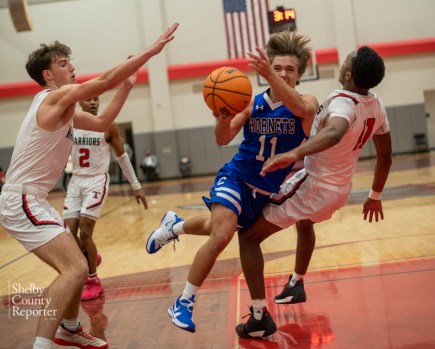 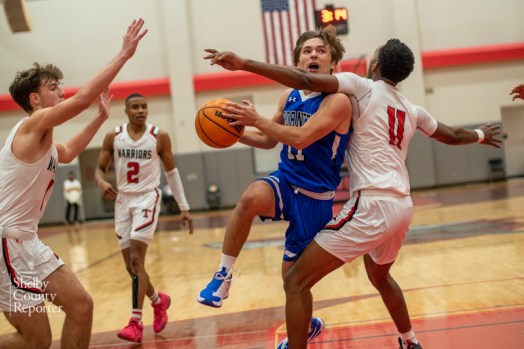 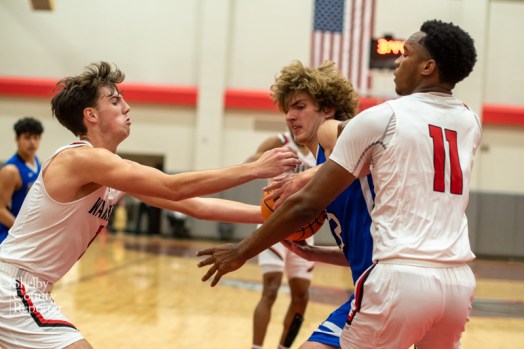 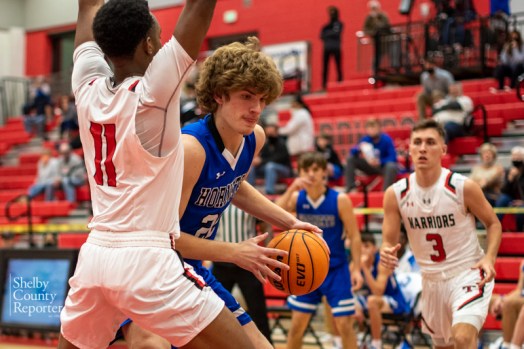 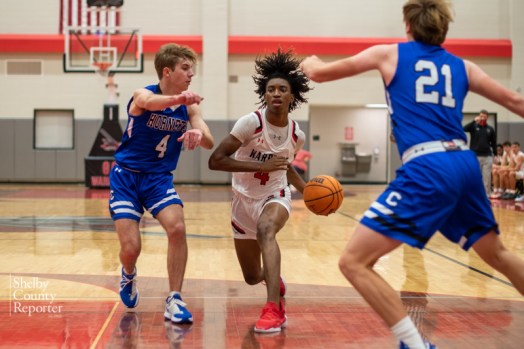 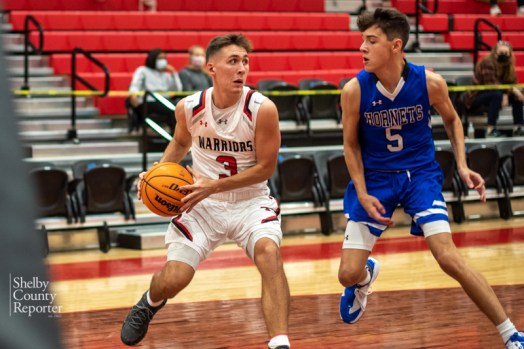 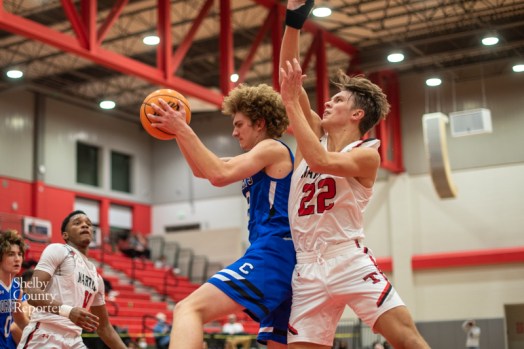 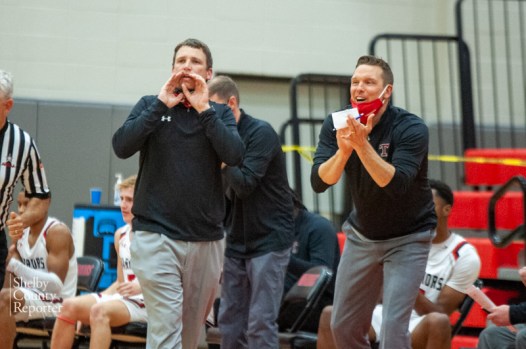 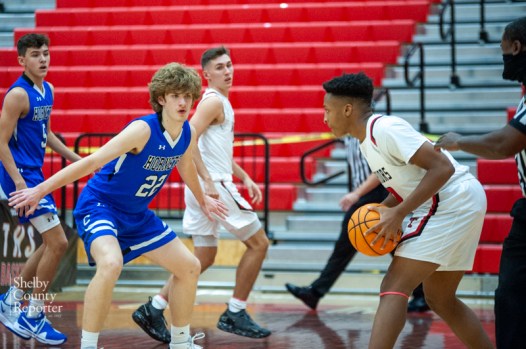 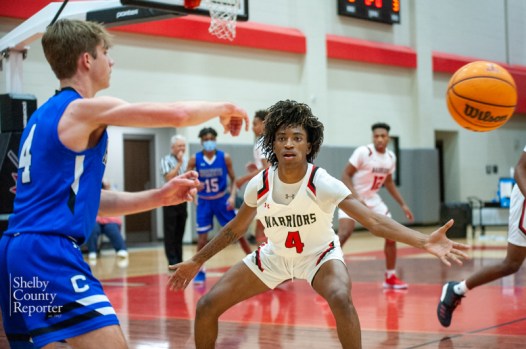 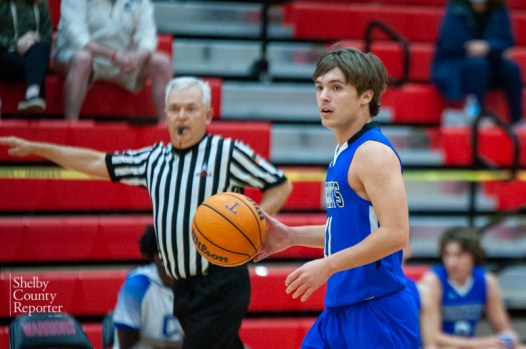 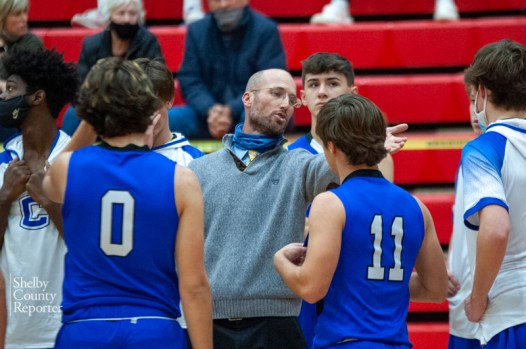 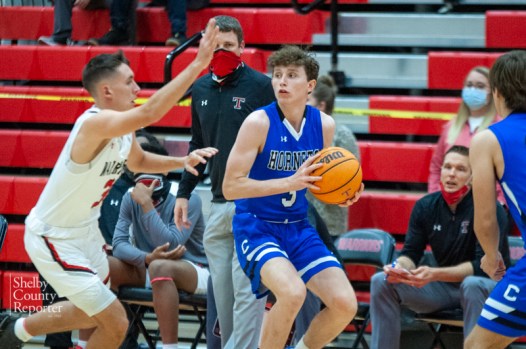 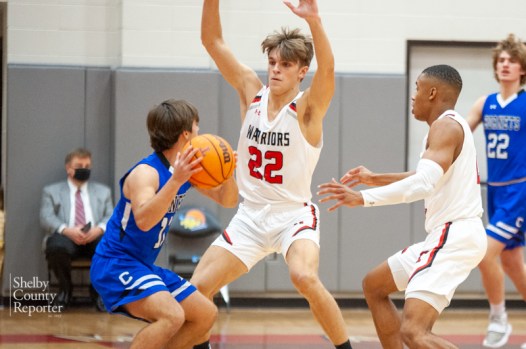 ALABASTER – The Thompson Warriors won their second straight to open their home slate on Thursday, Nov. 19, by turning a close game against county foe Chelsea into a blowout.

The Warriors hit 11 3-pointers from six different players and every player on the roster scored in a 63-35 win against the Hornets, as they moved to 2-1 on the season.

Thompson started fast out of the gate, as junior Wesley Roberson got hot early with eight points in the first quarter. Roberson and seniors Grant Hopkins and Brad Lewis hit shots from long range in the period as the Warriors used a 9-0 run to take a 17-8 lead.

“Wes is a 6-foot-5 guy who can really shoot it so he does stretch the defense and open up opportunities for other guys and if you don’t get to him he can shoot it right over the top of you,” Powell said. “He shot it really well tonight as did several of our guys, great team win.”

Lewis continued to play well into the second quarter for Thompson, as he added two more baskets to his four points from the first, while Roberson canned another from deep.

“Brad is another veteran on our team that we lean on and count on a lot,” Powell said. “He’s a high-energy guy, he’s a really good rebounder and scores the ball around the rim, but he’s stretched his game out as well to beyond the three-point line, so he’s going to be a key contributor as we move forward.”

Chelsea, however, stayed with the Warriors shot-for-shot in the period, narrowing the Thompson lead to 27-21 on Cooper Grifffin’s lone basket.

But Thompson got the final shot as Nino Streeter became the latest to find the cup from distance to close the quarter.

Up 30-21 coming out of halftime, senior Jack Dolorek joined in the fun and went unconscious to start the third quarter hitting three consecutive triples with the last coming from NBA range.

Roberson added a three-point play on the next possession for a 12-0 run that completely swung momentum in favor of the Warriors.

“We told our guys at halftime we feel like he (Dolorek) is one of the best shooters in the state and we need to get him the ball,” Powell said. “He knocked down three threes in the third quarter there to get us going. He’s been a great shooter for several years on the varsity level, and we’re looking for big year out of him.”

Their 33 points from three-point range were good for just more than half of their overall total on offense.

Roberson led two other Warriors in double digits with 14 while Lewis and Dolorek added 12 points each. Streeter added seven points off the bench.

Thompson will host their Thanksgiving Invitation next week beginning Monday, Nov 23 while Chelsea (1-3) will be off next week and will resume play Thursday, Dec 3 as they host Pelham at 7:30 p.m.