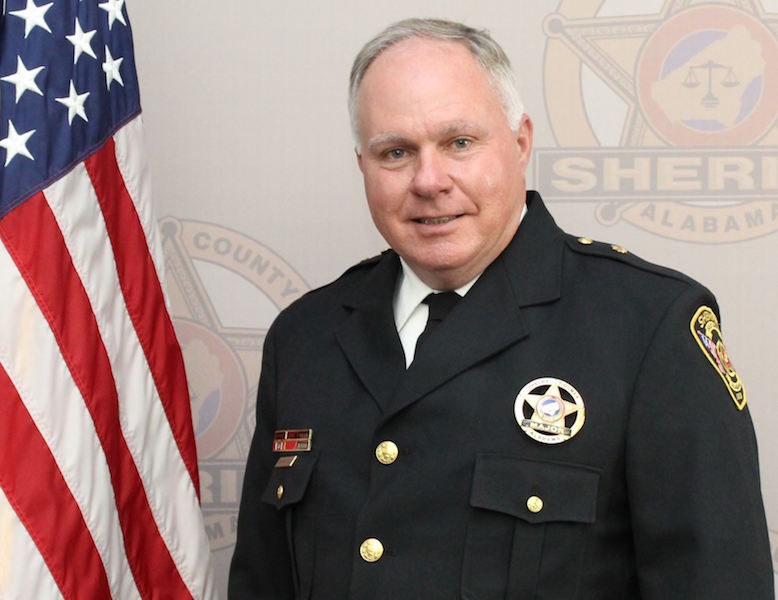 Burchfield has served in various positions during his 17-year tenure with the SCSO, most recently as chief deputy since September 2019.

“Let me first recognize my wife,” Burchfield said at the meeting. “I would be remiss if I didn’t tell you she’s my rock, and she is. Law enforcement careers are hard on families.”

Burchfield said he was “honored and humbled” to be recognized by the Commission and his peers in the room, including Shelby County Sheriff John Samaniego.

Burchfield praised the SCSO’s command staff for their exemplary work, much of which happens behind the scenes, and expressed gratitude to other colleagues, friends and county leaders for the roles they played in his career.

“Relationships make Shelby County different than other counties,” he said. “We all work together for one cause, and we all get it done. Whatever’s in our lane, we make it happen.”

Burchfield served for 13 years at the Hoover Police Department before joining the SCSO as a deputy in 2003. He was appointed captain and commander of the newly formed Drug Enforcement Task Force in January 2004. He was named the administrative division commander in 2007 and promoted to the rank of major in 2015.

District 1 Commissioner Kevin Morris said Burchfield answered many of his questions about the SCSO when Morris became the representative for the Law Enforcement Personnel Board.

“I appreciate the respect that you gave me,” Morris said. “I think it was you investing in me that allowed me to see a totally different side of the sheriff’s department. On behalf of this County Commission and our county residents, we’d like to thank you.”