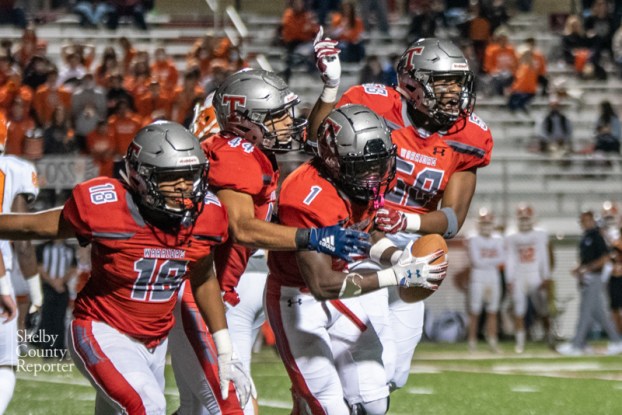 The moment has arrived. After setting their sights on winning a second state championship in a row just days after winning their first in 37 years to conclude the 2020 season, the Thompson Warriors are set for a matchup with Auburn High School in Bryant-Denny Stadium this Wednesday looking to accomplish that goal.

The Warriors knew coming into the season how difficult it would be. Every team was going to give them their best shot, and Thompson had to be prepared for it.

But even through a pandemic, the work never stopped. Whether it was in-person or virtual, the Warriors were preparing because they had to be 10 steps ahead of teams that were preparing to be one step ahead of them.

And after a dominant 13 games through the semifinals, Thompson is 13-0 with one game separating them from a perfect season and the ultimate goal of winning a second championship in a row.

But with the same sentiment they carried into the season, the Warriors know Auburn will give them their best shot and they’ll have to be several steps ahead of the Tigers with their game plan in order to win.

The Tigers are 12-1 on the season, with two wins coming via forfeit.  But their schedule hasn’t been easy whatsoever, having to beat Central-Phenix City twice as well as other top teams such as Opelika, Prattville and Daphne just to find the success they have.

And during the playoffs, Auburn has won three games with dominant defense. The Tigers beat Baker 39-3, Daphne 13-7 and Central-Phenix City 35-17 to earn a spot in the state title game.

That strong defense has been present all season for the Tigers, who have given up just 12.2 points per game and have given up 17 or less in nine games.

But that’s a picture Thompson has seen before. 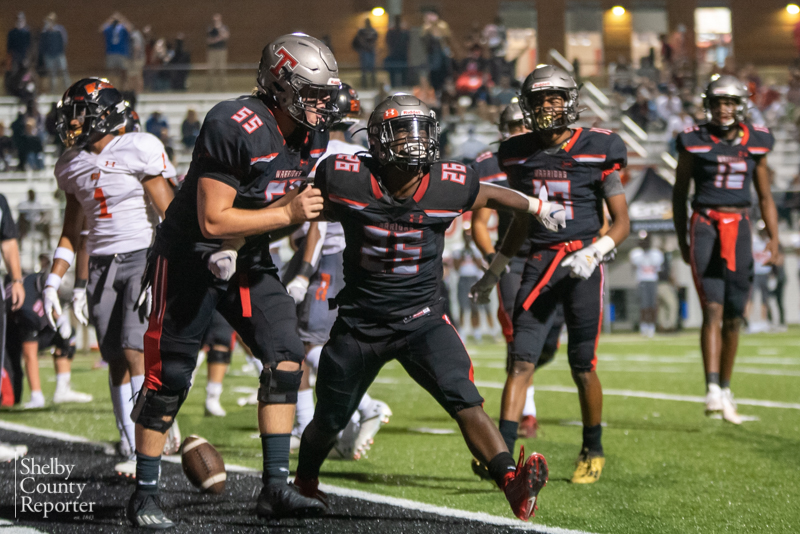 Competing in Class 7A, Region 3, the Warriors spent the entire season competing against some of the state’s best defenses, including the No. 3 and No. 2 teams in the rankings.

Thompson has had no problem taming them, scoring 44.2 points per game this season, while scoring 31 or more in every game and 48 or more in eight of its 13 games so far.

A big reason for that success has been the emergence of junior quarterback Conner Harrell, who has more than 3,000 yards passing and close to 40 touchdowns this season.

If Harrell keeps it up, the weapons around him should allow for the offense to continue to be successful. J.B. Mitchell has been a go-to target at receiver all season, Ryan Peppins and Sam Reynolds are two of the fastest players on the field, Tre Roberson can make big plays and Jarrett Crockett has been a dynamic running back since returning from an injury early in the season.

It’s an offense that has been the best in the state this season and should continue to succeed in the championship game.

And one of the biggest reasons they’ll be able to succeed is due to a defense that will give them ample opportunity.

Auburn is scoring 34.8 points per game, and while they’ve had success on plenty of occasions, the Tigers have also struggled at times, only scoring 13 against Daphne two weeks ago.

Thompson’s defense has some of the best talent in the state and has gotten better each week this season.

Currently giving up 14.9 points per game, the Warriors have given up 16 or less in the first three rounds of the playoffs and 23 or less in all but two of their 13 games. They have also given up nine or less in six games this season.

Led by top recruits such as Jeremiah Alexander and Tony Mitchell, many may overlook the contributions of Jax Van Zandt, Triston Woody, Gavin Shipman and others, but it’s a defense loaded with great coverage, great tackling ability and a strong pass rush.

Combine that with the will to repeat as champs, and Thompson should be the favorite assuming the moment isn’t too big and the Warriors play the same game they have all season.

They have been the best team this year and they’re the defending state champ. They remain the favorite until someone knocks them off the throne.

FROM STAFF REPORTS To help maintain its status as one of the best quality-for-cost higher education institutions in the state,... read more