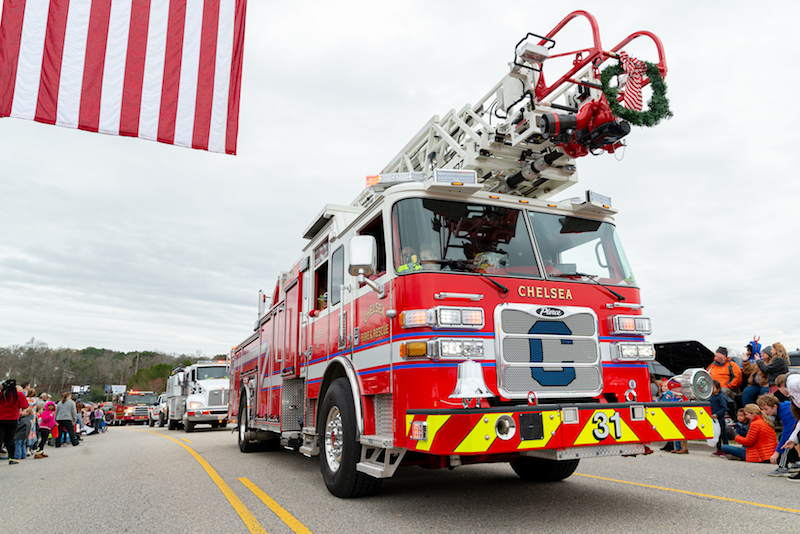 The city of Chelsea will hold its 2020 Christmas parade and Santa’s Extravaganza program on Saturday, Dec. 19. (File)

CHELSEA – Christmas cheer will be on display in Chelsea during the city’s annual Christmas parade and Santa’s Extravaganza program on Saturday, Dec. 19.

The parade will start at 10 a.m. at Chelsea Middle School and will end at Winn-Dixie.

Entertainment at the grandstand will kick off the festivities at 9 a.m.

Santa’s Extravaganza will immediately follow the parade at noon outside at the Chelsea Community Center.

The family-oriented program will feature Santa, Mrs. Claus, Cinderella and other characters, along with a balloon artist.

A Christmas blues band will perform, too.

“This is the fifth year of it,” organizer Cindy Picklesimer said of the extravaganza. “We brought it from the gym outside because of COVID.”

Sanitation stations will be set up at the event, and attendees are asked to maintain social distancing between family units.

Face coverings are encouraged, but are not required.

Although Santa will remain behind a Plexiglas shield, families may bring cameras and take pictures of their children with Santa.

In addition, Chelsea Public Library staff members will be on-site to present a puppet show and story time.

“It’s different than it was last year, (but) it’s going to be fun,” Picklesimer said. “We’re just trying to be safe.”