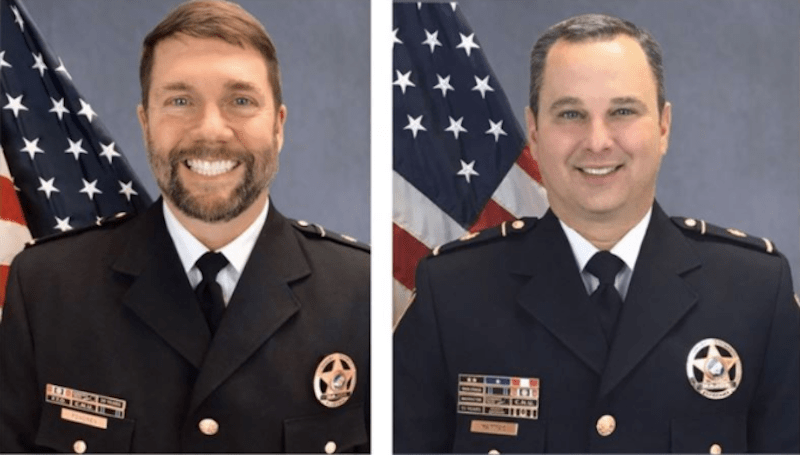 COLUMBIANA — Capt. Clay Hammac and Capt. Jay Fondren, both of the Shelby County Sheriff’s Office, have been promoted to the rank of major, SCSO announced on Wednesday, Dec. 2. 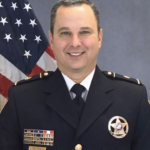 The promotions were effective as of Nov. 27, 2020, Shelby County Sheriff John Samaniego announced.

“I am proud to announce the promotions of Captain Jay Fondren and Captain Clay Hammac to the rank of major,” Samaniego said. “These individuals have decades of combined experience and leadership with the Shelby County Sheriff’s Office, and I know they will continue to serve our citizens and employees with distinction.” 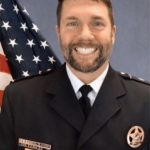 Fondren’s law enforcement career began in 1996 with the Leeds Police Department where he served in numerous roles including field training officer, detective and crime scene investigator before being promoted to sergeant. In 2004, he graduated from the 218th Session of the FBI National Academy in Quantico, Virginia, and now serves as the president of the FBI National Academy Associates Alabama Chapter. In 2006, he joined the Pelham Police Department and served in the patrol division until 2007. He was hired as the director of gameday operations for University of Alabama football and men’s basketball events by the Bruno Event Team, a sports marketing and operations business in Birmingham.

Fondren joined the Shelby County Sheriff’s Office in January 2008 as a deputy sheriff. He served as a patrol deputy, a criminal investigator and a member of the multi-jurisdictional Crisis Negotiations Unit. He was appointed division commander of the Jail Division in August 2011. During his tenure in the Jail Division, he earned his Certified Jail Manager (CJM) certification through the American Jail Association. Under his command, the Shelby County Sheriff’s Office became the first jail in Alabama to undergo and successfully meet accreditation requirements through the National Institute for Jail Operators (NIJO). In July 2018, Fondren was transferred to the role of administrative division commander, where he has served since. Fondren currently serves on the board for Shelby County’s Developing Alabama’s Youth (DAY) Program.

Fondren graduated from Curry High School in 1989 and soon after enlisted in the U.S. Air Force. After serving in the active duty Air Force, he served in the Mississippi Air National Guard and the Alabama Air National Guard. He received his Bachelor of Science degree in criminal justice from the University of Alabama at Birmingham in 1996 and his Master of Science degree in criminal justice from Troy University in spring 2012.

Hammac has been with the Shelby County Sheriff’s Office since 2004 where he began work as a patrol deputy. He was later transferred to the Criminal Investigations Division, during which time he served on the Secret Service Electronic Crimes Task Force. While working with the Secret Service, Hammac testified before the U.S. Congress during a committee hearing as an expert witness of law enforcement’s investigative techniques used to track organized crime networks. After his promotion to sergeant, Hammac served as patrol supervisor. Hammac was later promoted to the rank of lieutenant and served as the assistant division commander of the Administrative Division. In 2015, he assumed command of Shelby County’s Drug Enforcement Task Force. During his command he was promoted to the rank of captain and began additionally serving as the executive director of Compact 2020.

As commander of Shelby County’s multi-jurisdictional Drug Enforcement Task Force since 2015, he has led a team of highly trained and specialized criminal investigators, who specifically focus their efforts to intercept the sale and distribution of illegal narcotics. Hammac continues to serve as the executive director of Compact 2020, which is Shelby County’s initiative to address the needs of drug education, prevention, enforcement, and intervention among juveniles and justice-involved adults. Compact 2020 is a multi-jurisdictional effort comprised of four school systems, five municipal governments, the Shelby County Commission, Shelby District Attorney’s Office and five different law enforcement agencies.

Hammac is a recipient of the Sheriff’s Office Lifesaving medal, two meritorious service awards, the Sheriff’s Award, and in 2018 was named one of the “Top 40 under 40 Law Enforcement Leaders” by the International Association of Chiefs of Police, amongst a candidate pool of more than 36,000 nominations worldwide.

Hammac is a past three-term president of the Shelby County Fraternal Order of Police, currently serves as the State Trustee in his second term, and serves as chairman of the state’s legislative committee. Hammac is also a graduate of the 270th session of the FBI National Academy, the FBI’s Southeastern Law Enforcement Development Seminar for law enforcement executives, and the DEA’s HIDTA Drug Unit Commander Course.

Hammac holds an M.B.A. with a concentration in accounting and management. He also holds an undergraduate degree in finance and banking from the University of South Alabama where he served as president of the Student Government Association. He is also a graduate of Leadership Shelby County.

Hammac has also served as an ordained deacon through the Southern Baptist Church. In the recent past, he and his wife, Laura, faithfully served as foster parents through the Alabama Baptist Children’s Home for 11 years, during which time they opened their home to more than 25 children. Clay and Laura, and their four children, are members of Westwood Baptist Church in Alabaster where they actively serve in various ministry roles.