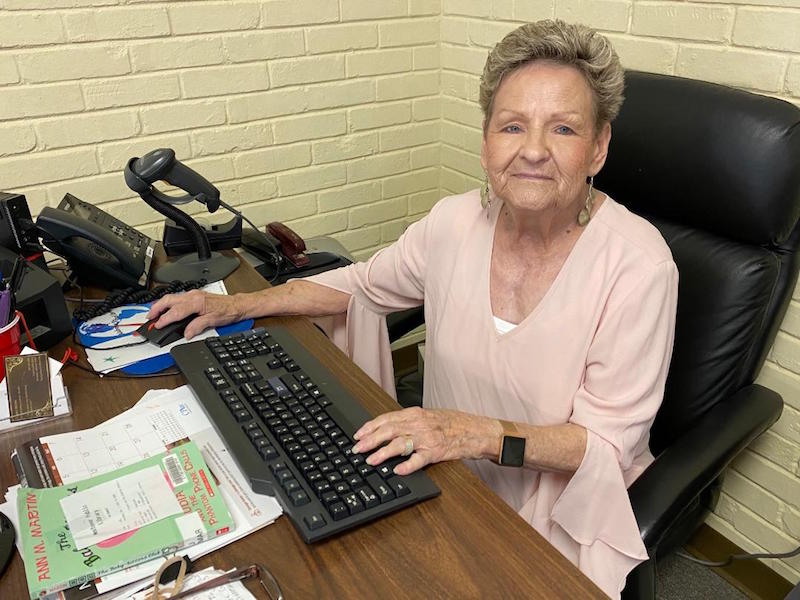 Annette Tyler will serve as the grand marshal of this year’s Westover Christmas Parade, which is set for Saturday, Dec. 12. (Contributed)

This year’s Westover Christmas parade will be held on Dec. 12, and the grand marshal will be none other than the founder of the parade, Annette Tyler.

Tyler organized the first parade in 2004, and it has grown every year since.

At that time, Mayor Mark McLaughlin and a committee made up of Susan Smith, Cindy Riggins and Sherri McLaughlin decided to do a Christmas parade and designated Tyler to head up the project.

There were only 40 participants the first year, and now, it has grown to 200.

There were no paid floats then, and the music wasn’t added until the third year.

There were free hot dogs, donated by Alagasco, and a bake sale from Mt. Tabor Methodist Church.

Over the years, the parade route has changed many times due to the growth of the parade and the community itself.

This year’s route will begin at Westover City Hall and end at Highway 51 on Old Highway 280.

In the past, the event has only been canceled once because of rain.

Whether it’s snowing or sunshine and cold, the parade goes on.

There is no fee to participate.

“I was designated by Mayor Larry Riggins for grand marshal; it wasn’t my idea,” Tyler said. “In the past, we have had celebrities such as J.P. Dice, Clare Huddleston and Bobby Joe Seales for the position, but I am honored to take the role this year.”

Tyler has worked for the city of Westover for many years.

She started out on the Planning Commission and has held other positions, such as member of the Safety Patrol, member of the Historical Society, an organizer of the Seniors Program and, currently, City Council member and librarian.

She received the prestigious Diamond Award from the then-South Shelby Chamber of Commerce in 2007 and the Ambassador Award another year.

As a hard-working citizen, Tyler is a fitting choice for this year’s grand marshal.