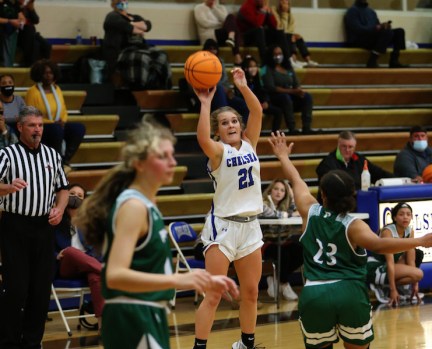 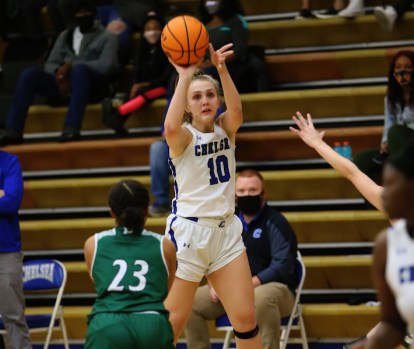 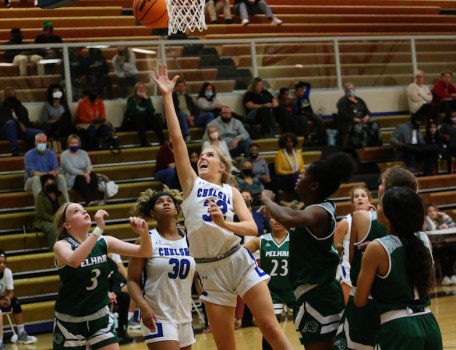 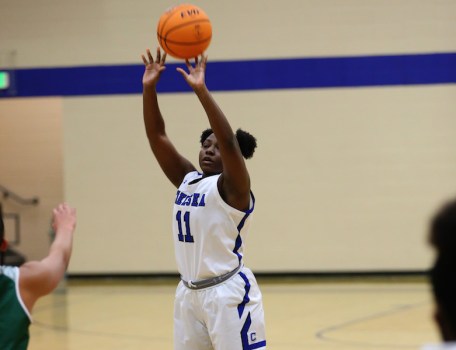 CHELSEA – Chelsea’s girls basketball team has hit a hot streak since the start of Thanksgiving break, and it continued Dec. 3-4 when the Hornets took down county rivals and former area foes Pelham and Helena in back-to-back nights.

The Hornets started the two-game stretch with an impressive defensive performance against Pelham picking up a 48-34 win against the Panthers. They followed that up with a 49-24 win against the Helena Huskies.

Those two wins not only marked their second and third of the week but their sixth in a row to improve to 7-2 overall this season.

Against Pelham it was a dominant defensive effort for three quarters that made the difference in the 14-point victory.

Chelsea allowed just five points on that end of the floor in the first three quarters of the game, while the offense came out ready to capitalize.

In the first quarter, the Hornets put up 15 points to take a quick 10-point lead through the opening quarter, and it only grew from there. They followed that up with a 17-point second quarter to open up a 32-10 lead at the half.

Pelham, who has been better on both ends of the floor this season, had no answer early.

But the Panthers made some adjustments in the second half, they just couldn’t get it consistently on both ends.

In the third quarter, the defense improved by giving up just 10 points. That was the start of a much better defensive half of play, but they couldn’t get the offense going at that point, scoring just five points for the third quarter in row.

And it allowed Chelsea’s lead to blossom to 42-15 going to the final quarter.

That’s when Pelham’s offense finally showed up. The Panthers scored 19 points in the final period of play, but it was too little too late.

Sydney Schwallie led the Hornets in the win with 12 points, while Mackenzie Titus posted 10 points.

Just one night later, the Hornets were able to carry that confidence into a matchup with Helena, and it was an almost identical performance.

Chelsea’s defense played even better for all four quarters, giving up 24 points for the game, while the offense was on almost the exact same pace with 49 points to pick up a 25-point victory.

The Hornets were led by Sophia Brown with 14 points this time around, while Schwallie once again finished in double digits with 10 points.