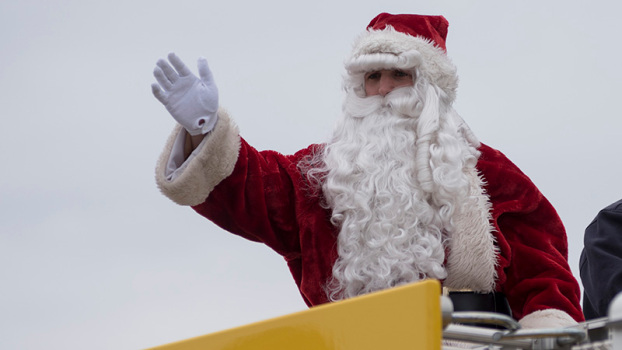 Alabaster Fire Department won’t be making its usual Santa Stops this year on Christmas Eve due to COVID-19. (File)

ALABASTER – After months of weighing the odds, the Alabaster Fire Department has decided to cancel its annual Christmas Village and Christmas Eve Santa Stops this year.

Chief Tim Love said the decision was hard to make, but it was with the best interest of the citizens and personnel in mind. Due to COVID-19 issues and to prevent the spread of the virus, the AFD is putting their annual Christmas festivities on pause for this year.

Many options were considered before a decision was made, but Love decided the best choice would be to cancel the festivities and look forward to the new year.

“As far as the Christmas Village, we started thinking about it in August,” Love said. “We didn’t know how to control it to where spreading wouldn’t happen. It’s open for the public and we couldn’t figure out a good way to maintain safety for the public.”

Love said 18 of 59 personnel were affected by COVID-19, ultimately pushing him to make the difficult decision. Protecting the city is the department’s top priority, Love said.

“We only have 59 people and that wouldn’t be enough for the city,” Love said. “That’s our top priority, and I hate it and the people hate it because it’s a big tradition. We usually have a big breakfast for Christmas Eve, but we have to cancel it as well. It was a tough decision, and that’s why we waited until the last part of the month. In the interest of our citizens and personnel, we had to do what is best for them this year.”

The Christmas Eve Santa Stops were still in the works with modifications before Love decided to put it on pause. Despite staying in the fire trucks and not interacting with the public, Love did not want to put the personnel at risk.

“Our plan for Santa stops was that we wouldn’t be able to get out and interact how we always do, but we could ride our routes anyway,” Love said. “Then we had a pretty significant outbreak of COVID in the department and that includes all of our staff having to stay separate, which is really hard in our job anyway.”

“We have calls and we just couldn’t find a safe way to do it. We need them to wear masks and stay separated, and if we ride around for hours together it increases chances,” Love said. “We dislike breaking our traditions, but we must maintain adequate staffing to provide emergency services.”

By NATHAN HOWELL | Special to the Reporter HELENA — Chef Joe Sciarrotta, a Helena local, has spent the better... read more