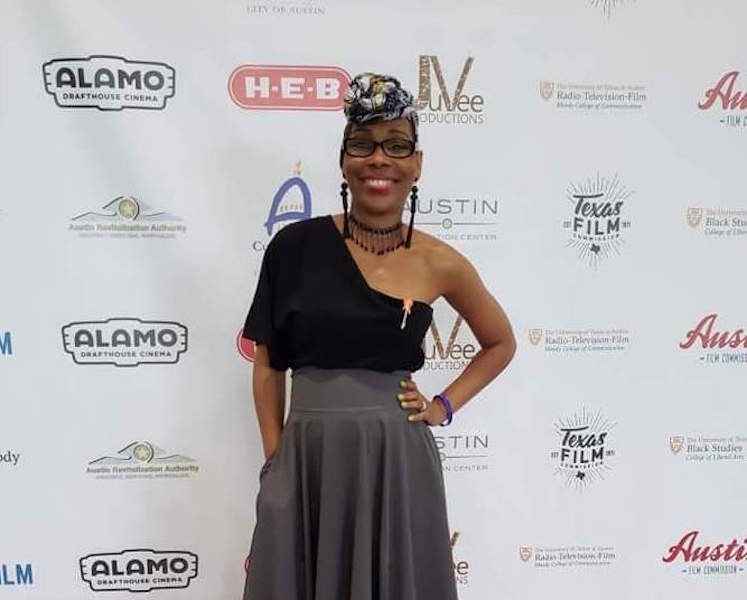 Featuring more than 2,000 films from around the world, the Black Film Festival in Austin, Texas is one of the largest each year, and one local Alabaster resident recently received the opportunity to participate in this year’s virtual event.

Theresa Sailes, who worked on films “Butterflies Don’t Die” and “Whiskey Blues,” had her films selected to be viewed at the festival, which lasted from Dec. 4-6.

The Black Film Festival features over 2,000 films from across the globe, and Sailes said she is thankful that two of her films were acknowledged by festivals this year.

Her latest project, Butterflies Don’t Die, was selected to be viewed at the Black Film Festival on Dec 4-6 in Houston, TX.

“Last year I was selected for Confessions, another one of my films. This year I have two, Whiskey Blues and Butterflies Don’t Die,” Sailes said. “The film festival is a festival held in Austin, Texas and is primarily for individuals who are wanting to branch into the entertainment industry. Short films and feature films are written and directed, as well as produced.”

Sailes admitted that her original plan to join the industry looked different years ago. Her interest was first sparked when she was a young girl living in California.

“I wanted to be an actress,” Sailes said. “I grew up in California and my mother would drive me to LA to help me break out in the industry, but that didn’t work out. Then, I tried for my children.”

When her scope changed, her creativity soared. Sailes began creating content for her children to practice with for their own auditions and immediately found a passion for film.

“I started trying to create content for my children and I didn’t realize I was interested or had the gift for until then,” Sailes said. “It’s just me trying to provide content and material for my children. Then I fell in love with directing, and that’s really how I got into it.”

Sailes said she is proud that each of her three children have been in her productions, although their success does not stop there. Sailes’s daughter broke into the industry when she landed a role in a Christmas story called Grayson Family Christmas last year.

“All three of my children have been in my productions,” Sailes said. “I started with plays, and I am working on a feature film. My daughter, Alexis, has been really successful. She was in a Christmas story which was her first production and that was last year. It aired last year, but they have already started playing it again.”

Having her films chosen by the film festival was no less than exhilarating, Sailes said.

Being a part of the entertainment business means competition and sometimes closed doors, which makes it even more important to Sailes.

“I was very excited and overwhelmed,” Sailes said. “I’m just really excited because you submit to so many. In the entertainment business you can have a lot of doors shut, so when you get that one yes, it’s a great feeling. That means someone acknowledges your craft, so it’s really exciting.”

The film festival was held virtually this year with celebrity ambassador Anthony Anderson hosting the event.