Chelsea wins in OT for 8th in a row 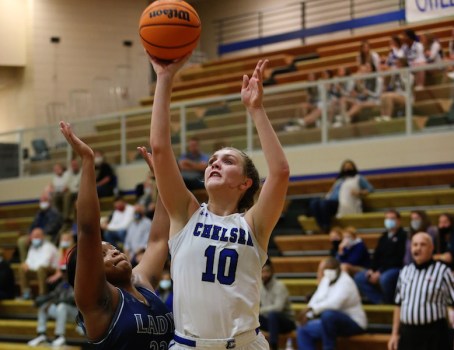 The Chelsea Hornets downed Clay-Chalkville 38-34 in overtime on Dec. 10 thanks to strong free throw shooting late. (For the Reporter/Cari Dean) 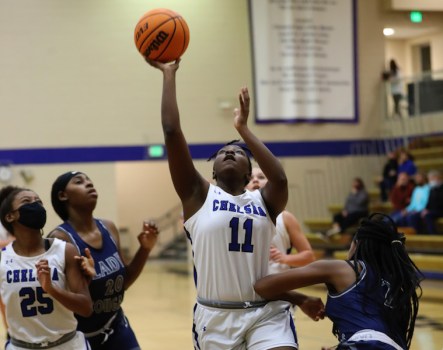 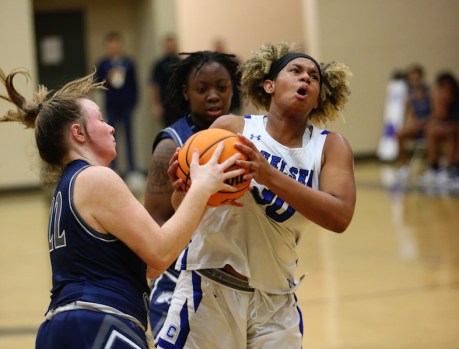 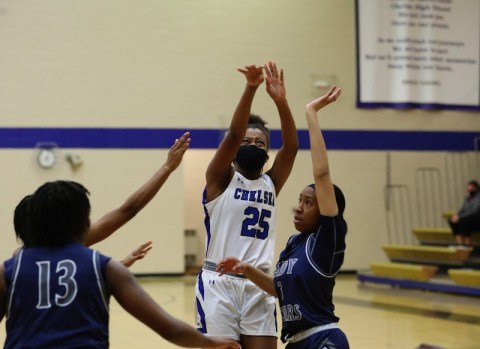 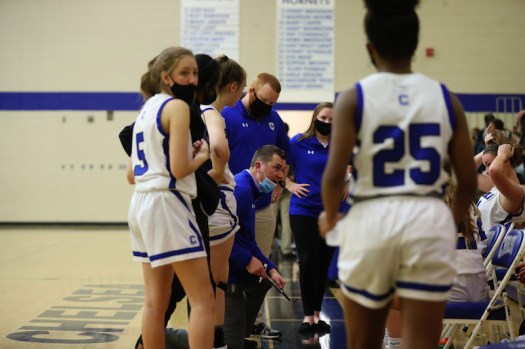 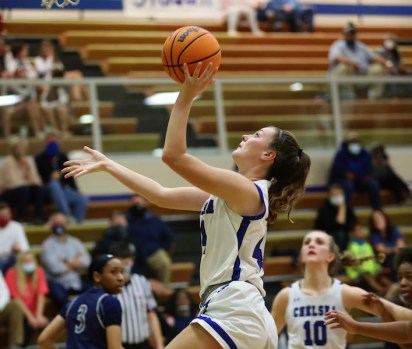 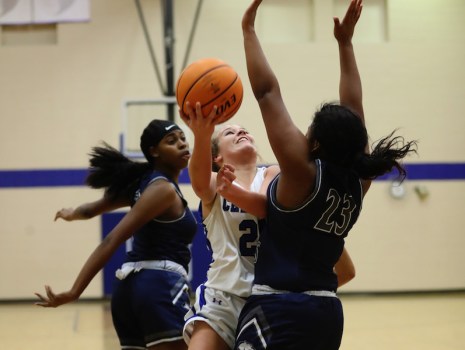 CHELSEA – After a 1-2 start to the 2020-2021 basketball season, the Chelsea Hornets have become one of the strongest girls basketball teams in the area with eight consecutive wins, but the eighth win didn’t come without some drama on Thursday, Dec. 10.

Taking on the Clay-Chalkville Cougars, Chelsea fell behind 32-30 with just more than a minute to play after a 3-pointer pushed the Cougars in front.

The Hornets, however, answered with a field goal from Sophia Brown on the ensuing offensive possession to even the score at 32-32 with around a minute to go, which forced overtime.

And with a swing in offensive momentum during the second half of a defensive game, Chelsea was able to make a run in overtime.

The Hornets, who had given up eight points in every quarter of the game, gave up the first basket of the extra period, which put Clay in front 34-32, but from there, it was all Chelsea.

And it was thanks to timely free throw shooting.

Chelsea evened the game at 34-34 with two free throws and then took the lead on two more from the stripe.

But the story of the game aside from the win was the defensive presence of both teams. In each period, including overtime, neither team was able to score in double digits, totaling nine or less in every quarter of the game.

For Clay, it was eight points in each of the first four quarters. While Chelsea’s defense was playing strong, that was enough to make the difference in the first half.

The Cougars topped the Hornets by one point in each of the first two quarters with Chelsea totaling seven points in each.

The first basket of the game wasn’t scored until there were four minutes left in the opening quarter, and it was scored by Chelsea.

Clay-Chalkville answered with a 4-0 run to take the lead, before a 3-pointer from the Hornets put them back in front by one. But another 4-0 run gave the Cougars an 8-7 the lead going to the second quarter.

They extended the lead to 10-7 early in the third quarter, but the Hornets came right back with a 7-0 run, one of the strongest stretches of the game, to take a 14-10 lead.

The Cougars, however, didn’t fold and stormed back with a 6-0 run of their own to take a 16-14 lead into the half.

The Hornets, however, found some early success from beyond the arc in the third quarter when Mary Cartee and Sydney Schwallie drained back-to-back 3-pointers to give Chelsea 21-18 on the end of a 7-2 run to start the frame.

In the final quarter, Chelsea fell behind by four points early in the period, but a stretch of six points from Mackenzie Titus and two free throws from Ellen Fleming evened the game at 29-29.

That’s when the Hornets regained the lead at 30-29 before the sequence leading to overtime occurred.

Schwallie led Chelsea with 11 points, while Titus finished one behind with 10 points.