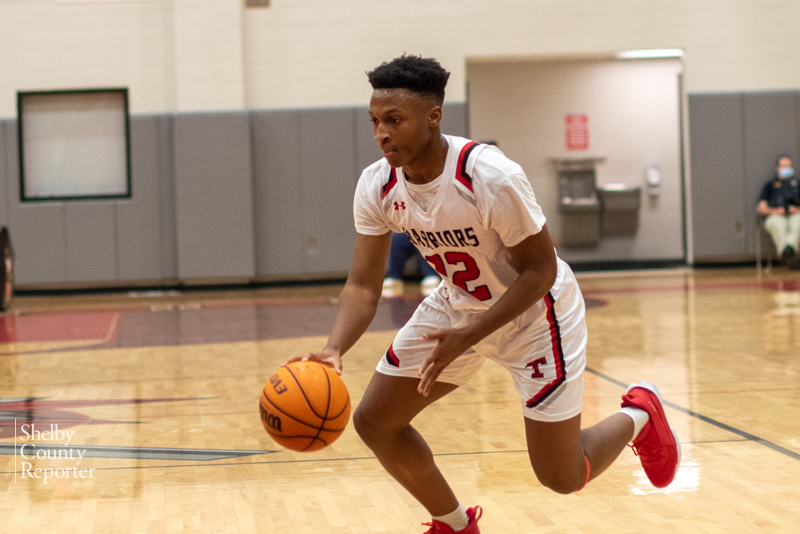 The Thompson Warriors used a strong second half to take down previously unbeaten Anniston by six points on Dec. 12. (File)

PLAINVIEW – The Thompson Warriors outscored Anniston 27-21 in the second half on Saturday, Dec. 12, to hand the previously unbeaten Bulldogs their first loss of the season.

Early on, however, the game was tightly contested with the two trading 13 and 12 point quarters.

Anniston kicked off the game and grabbed the early advantage behind Miciah Myles, who knocked down four field goals in the quarter for eight points, while Antonie Kite poured in five.

Thompson got a balanced effort in the opening quarter and wasn’t far off that effort with two made 3-pointers, including one from Carson Pringle who posted five of the Warriors’ 12 points.

Trailing by one at the start of the second quarter, Thompson capitalized on the 3-pointer once again with Wesley Roberson adding his third and fourth of the game, while Jack Dorolek added his first.

That accounted for nine of Thompson’s 13 points in the quarter, while the defense did its part to make that enough to even the game 25-25 going into the halftime break.

The, in the third quarter the momentum really shifted when the Warriors got one more 3-pointer each from Roberson and Dorolek, while Steven Walker caught fire with three field goals.

That, in addition to a 2-2 mark at the free throw line from Pringle and a strong defensive effort helped Thompson take a four-point lead through three quarters of play.

Kite attempted to help the Bulldogs battle back in the final quarter after knocking down all four of his free throw attempts and two field goals for eight points, but the Warriors fended them off.

Thompson got five more from Roberson and made six free throws in the quarter as part of 13 points, which helped the Warriors pick up a hard-fought six-point win.

Thompson was led by 17 from Roberson, while Dorolek added 10 points. In addition to that, both Walker and Pringle finished with nine points.