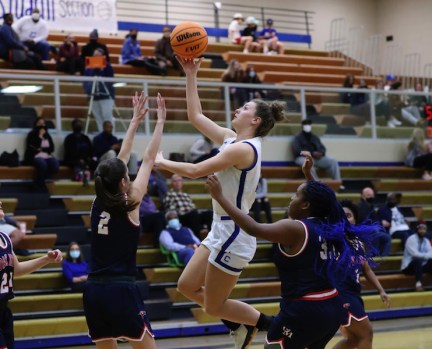 The Chelsea Hornets took down rival Oak Mountain on Dec. 15 thanks to a strong night at the free throw line. (For the Reporter/Cari Dean) 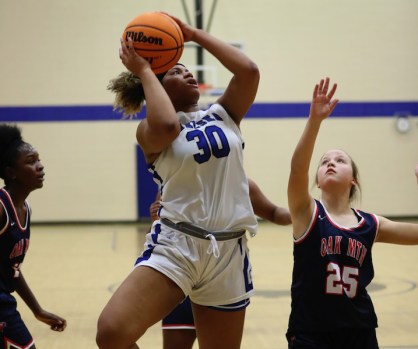 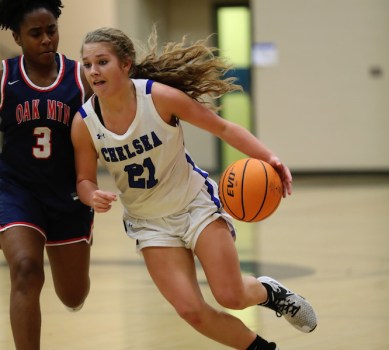 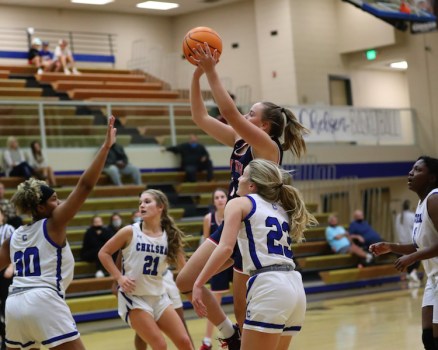 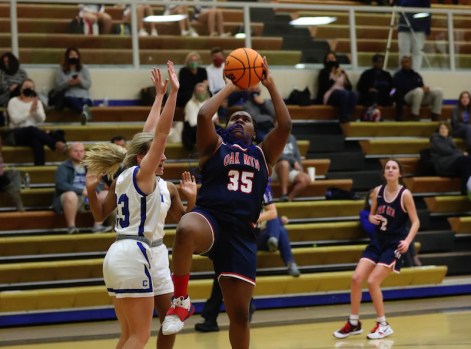 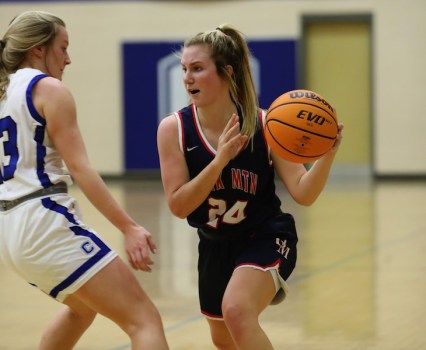 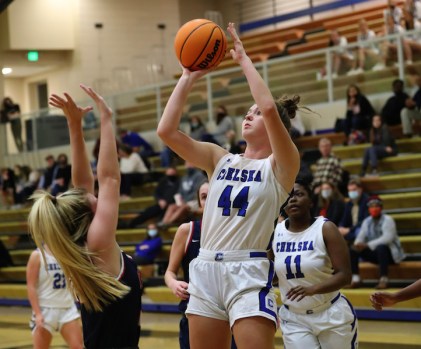 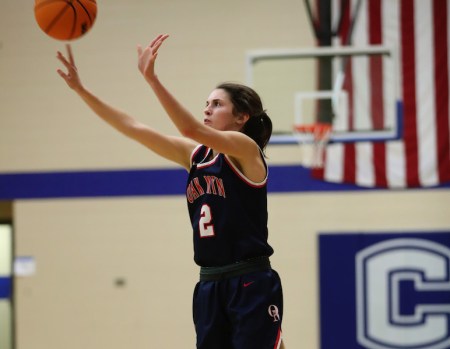 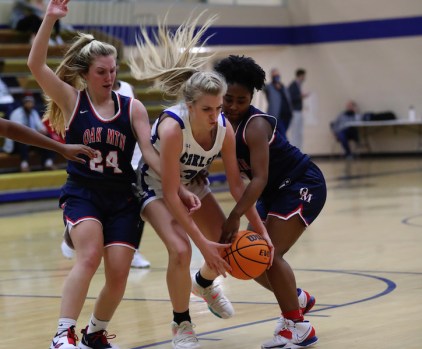 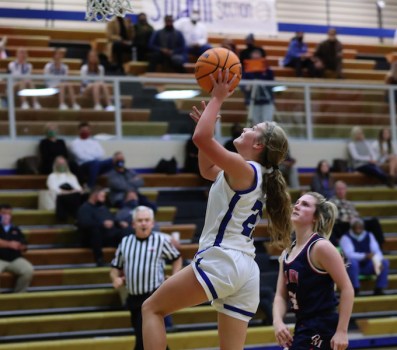 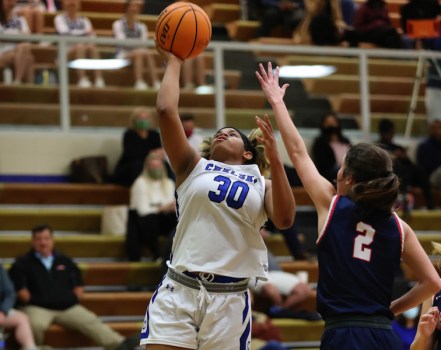 CHELSEA – A consistent effort throughout and an impressive showing from the free throw line helped the Chelsea Hornets pick up a win over 7A Oak Mountain on Tuesday, Dec. 15.

Chelsea made 12 of its 14 free throw attempts in the game which kept Oak Mountain from mounting a comeback in the final quarter to lead the Hornets to a nine-point, 39-38 win.

Four of those free throws, however, came in the first quarter. Chelsea went 4-5 from the line in the opening period while also knocking down three field goals to post 10 points.

Oak Mountain also had a pretty good quarter overall in a physical defensive battle early on by making three field goals and going 3-5 from the line. But that one miss put the Eagles in an early one-point hole.

In the second quarter, the game saw a bit more tempo with 11 field goals made between the two teams.

The Hornets got at least four from Sophia Brown, Ellen Fleming and Sydney Schwallie, while Schwallie drained a 3-pointer to not only account for five points in the frame, but keep the game from being tied at the half.

Her shot prevented Oak mountain from outscoring Chelsea 11-10 in the period, as the Hornets instead outscored the Eagles 13-11 to extend their lead to 23-20 at the break.

But the Eagles showed promise in the quarter with four different players scoring points in the second quarter, including four from Charity Shaw.

Chelsea, however, is known for making adjustments under head coach Jason Harlow, and that was no different in the third quarter.

Already a team that likes to rely on its defensive intensity to drive how the overall game is played, the Hornets came out motivated to improve on that side of the ball in the second half.

It showed in the third quarter as the Hornets held Oak Mountain to just one field goal and six total points with four coming at the free throw line.

Meanwhile, Chelsea put together its best offensive quarter of the game as well to pair with that defensive effort.

The Hornets got six from Ashley Washington and four from Brown in the quarter to propel the offensive spurt, which helped them take an 11-point lead into the final quarter on their home floor.

But the Eagles didn’t let the deficit deter them early in the fourth quarter.

Now within striking distance, Oak Mountain hung around until there was one minute left.

Following a 3-point play from Raegan Whitaker, Chelsea answered with a layup from Fleming to take a six-point lead with a minute left to play, which the Eagles couldn’t overcome.

Chelsea was led by Brown with 14 in the win, while Fleming added 12 and Schwallie nine.

Oak Mountain had three in double figures led by Whitaker with 11, while Shaw and Abby Gordon each added 10.