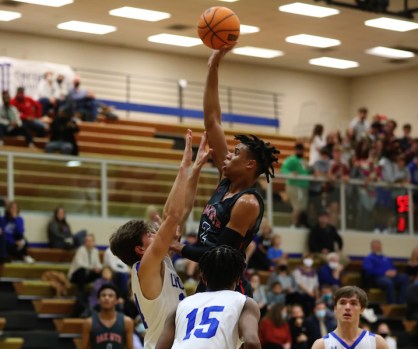 The Oak Mountain Eagles were able to use a third-quarter run to create separation against rival Chelsea in an 11-point win on Dec. 15. (For the Reporter/Cari Dean) 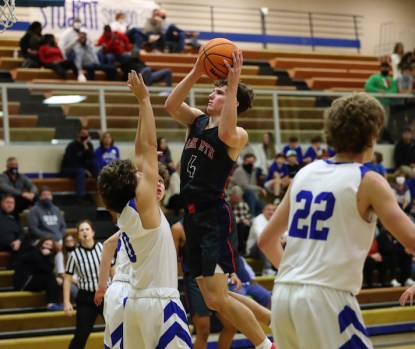 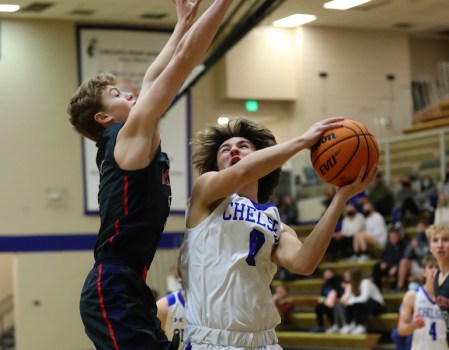 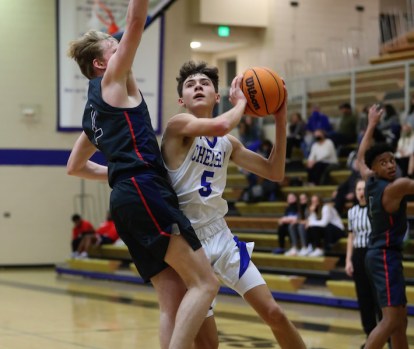 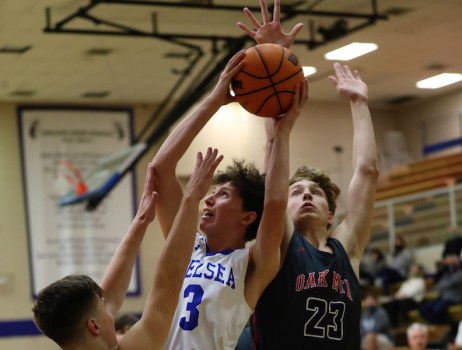 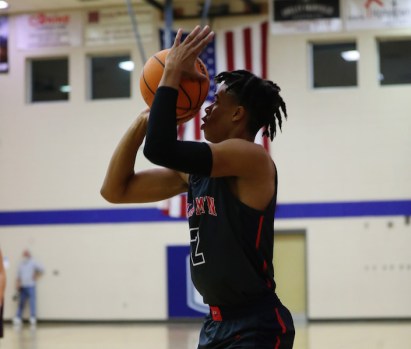 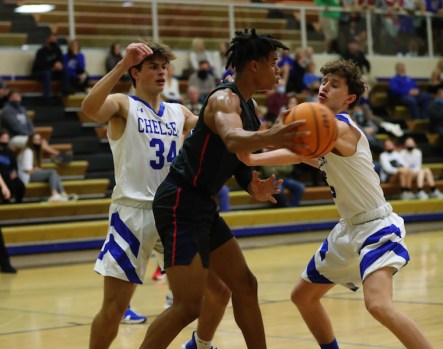 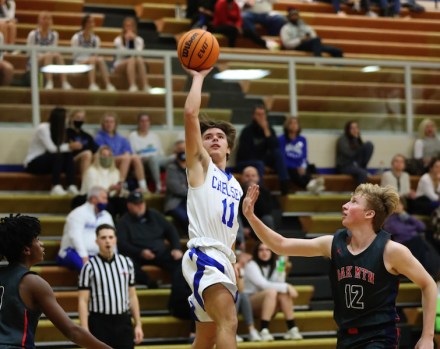 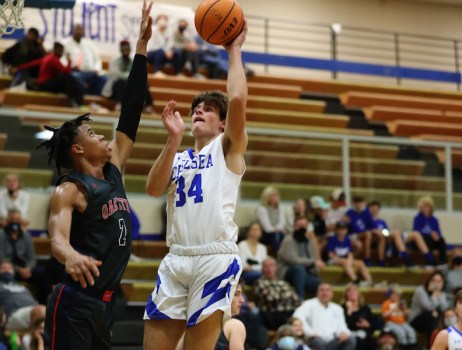 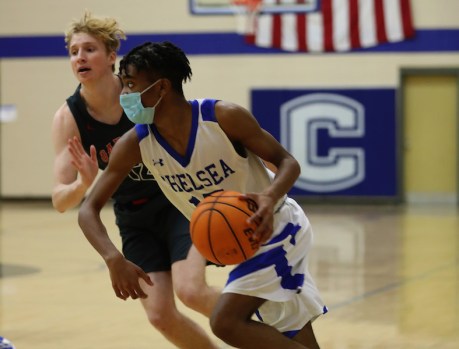 CHELSEA – The Oak Mountain Eagles bounced back from two straight losses on Tuesday, Dec. 15, with a 52-41 rivalry win against the Chelsea Hornets, but it didn’t come without lack of effort from either side.

Early in the game, it looked like Oak Mountain, who is considered a favorite to battle for a Final Four spot this year in Class 7A, was going to pull away and control the game.

The Eagles jumped out to an 8-1 lead off a 3-pointer from Ryan Geigel, a layup from Evan Smith and an and-1 from Noah Young.

But Chelsea responded with a 7-0 run on the back of five points from Paul Lanzi to tie the game.

Oak Mountain’s Will Shaver answered with an and-1, which ultimately made the difference at the end of the quarter, but the Eagles only led by one point after Warner Jones responded to end the period making it 11-10.

That set the stage for a tight battle throughout the second quarter, as the two teams traded blows.

Oak Mountain kicked it off with a Young 3-pointer, but Chelsea answered with a basket from Lanzi and a 3-pointer from Riley Edmiston to cut the deficit back to one point.

The Eagles then went on a 6-1 run to take a 22-16 lead following a Wilder Evers dunk that went down and came back out, only for Smith to lay it in on an offensive put back.

Chelsea, however, got another 3-pointer from Edmiston to cut it to three points again, but Shaver again helped the Eagles on the offensive board with a put back to extend the lead back to five.

The Hornets added a layup from Lanzi in the quarter, while Oak Mountain got one more free throw to create a tight 25-21 game at the half.

Despite being down by four at the break, Chelsea was very much in the game, and that looked to be even more the case early in the third quarter after the Hornets scored two of the first three baskets in the period to make it 27-25.

Oak Mountain, however, put together one of its strong runs after that where they find a way to put games away.

The Eagles ended the third quarter on a 13-3 run, capitalizing on some turnovers and second-chance opportunities, while seemingly wearing down the Hornets.

That put Oak Mountain in front 40-28 at the end of the third quarter after a Matthew Heiberger dunk.

Chelsea trimmed the deficit down to eight points at 40-32 early in the final quarter in one final glimpse of hope, but a 3-pointer from Collin Patrick put the game to rest, as it sparked a 12-5 run for Oak Mountain to put the Eagles in front 52-37, before finishing the game off.

Young led Oak Mountain with 14 points, while Shaver finished just behind with 13 points. The Eagles had 10 players score in the game.

Chelsea was led by Edmiston with 16 points in the loss, while Lanzi added 11 points.