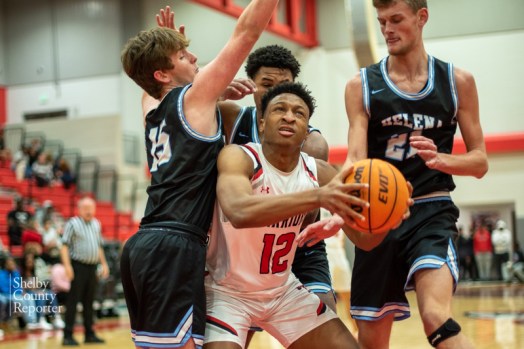 The Thompson Warriors had one of their best offensive performances of the season in a 71-32 victory against Helena on Dec. 14. (Reporter photo/Keith McCoy) 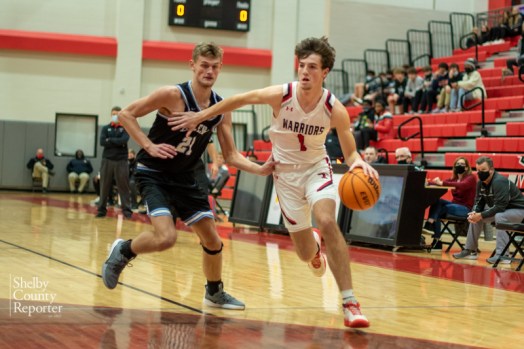 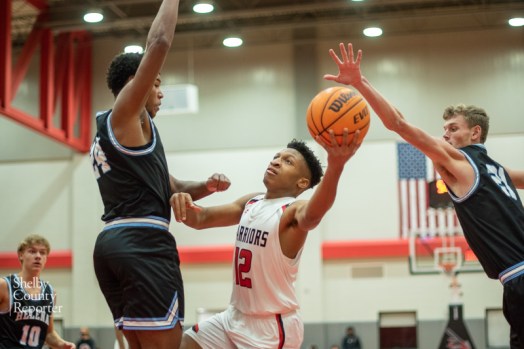 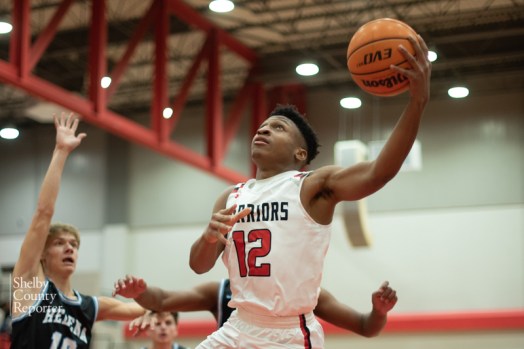 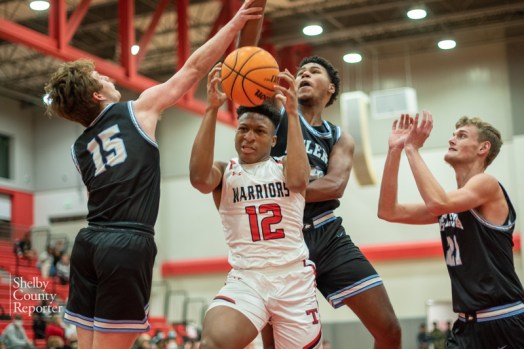 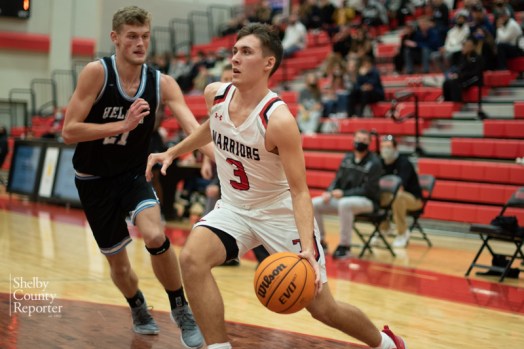 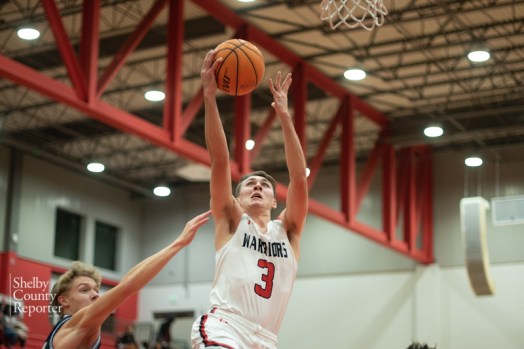 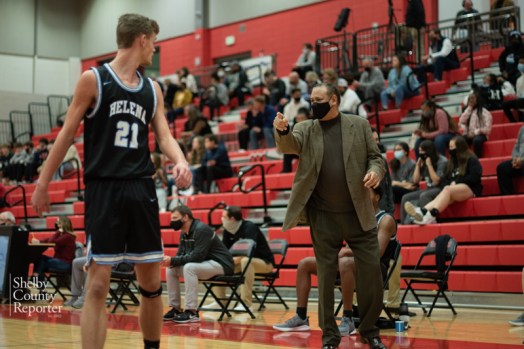 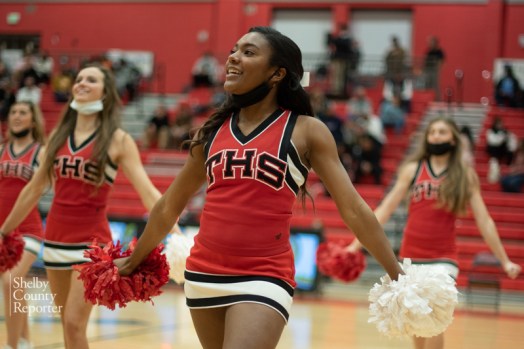 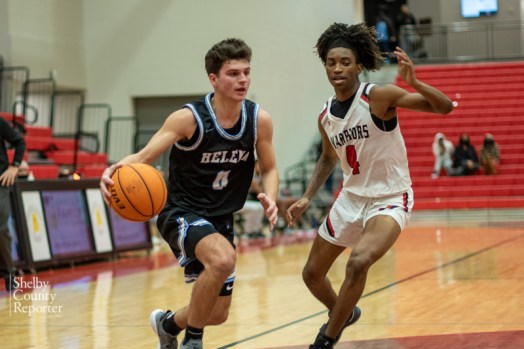 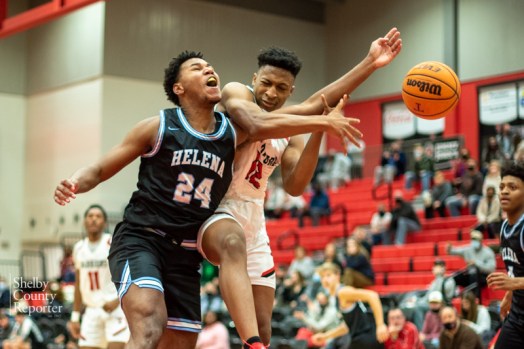 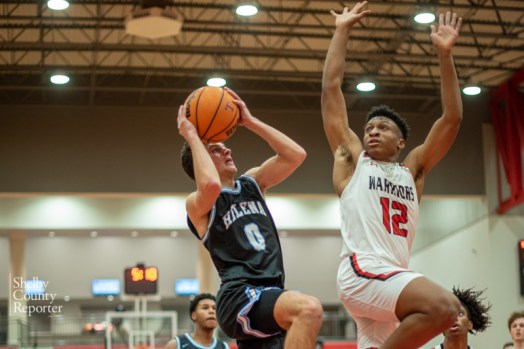 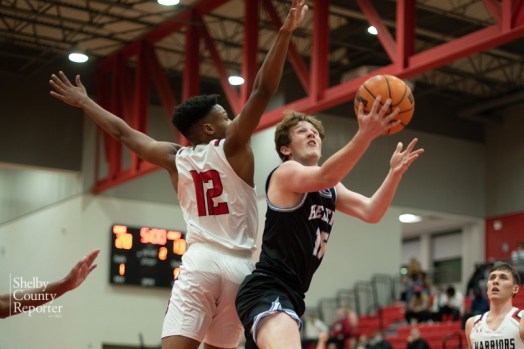 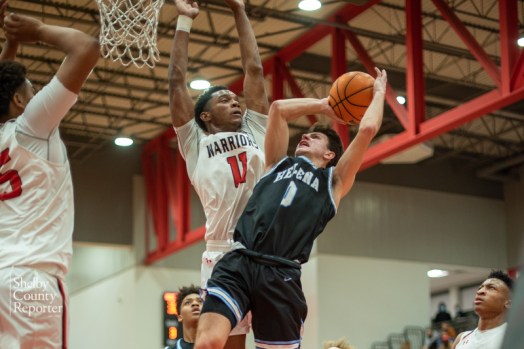 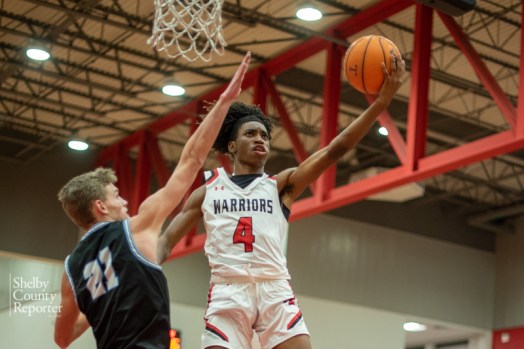 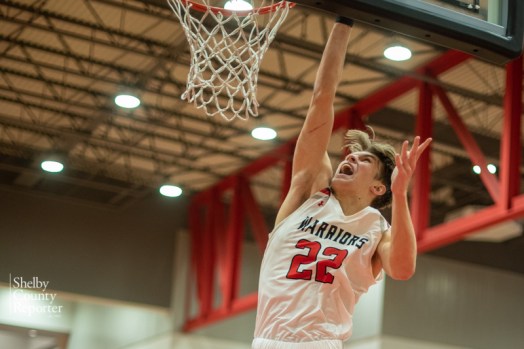 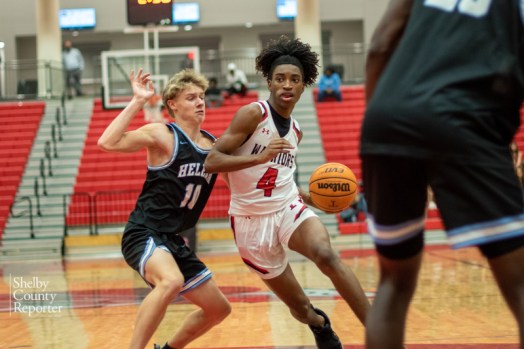 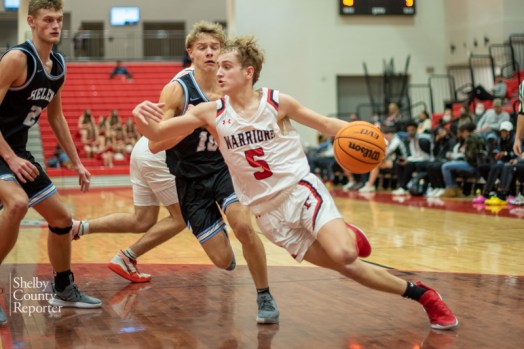 ALABASTER – The Thompson Warriors put on a dominant display Monday, Dec 14 coming off their upset of 4A No. 1 Anniston this past weekend with a 71-32 win against county foe Helena despite missing leading scorer Grant Hopkins who is nursing an injury.

Thompson had it going in all facets of the game and overwhelmed the Huskies with a shocking 39-0 run that spanned three quarters to wrap up the county win.

“Our guys played hard tonight, played very unselfishly,” said Thompson head coach Dru Powell. “It was kind of our night tonight and our guys competed, played smart and they were fun to watch.”

Helena (2-9) was also without its leading scorer freshman Joshua Williams, which played a major factor in the outcome, but early on, the Huskies looked good as Ethan Acosta quickly scored two baskets down low.

But the Warriors quickly got hot from long range.

Jack Dorolek got things rolling with his first three, setting off a 19-4 run including 13 in a row to give Thompson some breathing room.

Down 19-10, Helena scored five in a row, but Thompson drilled two more threes to close the first period, including another from Dorolek to take a 25-13 lead after one.

The senior not only scored all 10 of his points in the first quarter, but deflected several passes leading to steals for the Warriors.

“Jack has been playing really well. A lot of people know and understand how good of a shooter he is, but he’s improved quite a bit on the defensive end as well and made several key plays tonight to help start us,” Powell said.

The second quarter was all Thompson as the Warriors scored 20 more and didn’t allow a single point from the Huskies until midway through the third quarter. Brad Lewis was everywhere for Thompson making most of his impact on the defensive end.

The senior blocked shot after shot, altered several others and got in the passing lanes as well. His two-handed slam gave Thompson a 37-13 lead, before the team added three more bombs from the perimeter to give them eight in the first half alone.

“Brad is long and bouncy, and he brings great energy to our team,” Powell said. “He certainly caused a lot of problems for their offense. He was all over the floor tonight and we’re really proud of him. He’s starting to hit his stride as well.”

The Warriors didn’t let up after the break and reeled off another 13 in a row before Helena finally stopped the bleeding with free throws at the 3:47 mark.

But by then, the game was a foregone conclusion as Thompson turned the second half into a mere formality.

Wesley Roberson had the hot hand scoring 12 in the first three quarters, including three from outside, while Landen Lawrence came off the bench to knock down another three from distance.

The Warriors hit 10 altogether through the third quarter where they led 65-21.

Every player scored at least two baskets for Thompson, who had its best offensive output of the season—even more impressive given Hopkins’ absence.

Roberson led the way with his 12 points, while Dorolek and Steven Walker added 10 points each. Lawrence finished with nine, while Lewis chipped in eight to go with 12 rebounds, five steals and four blocks for a gaudy stat line.