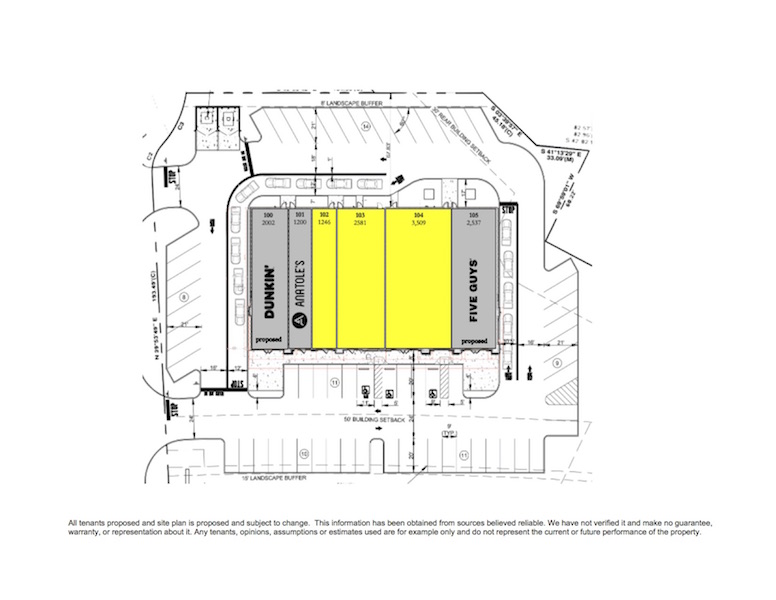 A new shopping center featuring a Dunkin’ and Five Guys is coming to the U.S. 280 area next to Cavenders and is expected to be completed by fall 2021. (Contributed/D&G Development)

HOOVER – A new 12,000-square-foot retail space will soon join a busy stretch of U.S. 280 near the Alabama 119 intersection after a recent announcement.

The project, which is headed by Atlanta-based company D&G Development, will be next to Cavenders, placing it near the busy new Tattersall Park development.

The development will be known as Cahaba Market and already has three tenants set to join the retail space, including Dunkin’ and Five Guys Burgers and Fries.

A bicycle, skateboard and surf store known as Anatole’s has also signed a lease according to the owner, which would leave three other storefronts available of approximately 1,200 square feet, 2,500 square feet and 3,500 square feet.

The development is still in the early stages with site plans still under review, but the development will feature 72 parking spaces and is expected to open in the fall of 2021.

It’s unclear whether the current locations of Dunkin’ and Five Guys already within a few miles of U.S. 280 will remain. Five Guys currently has a location in the Lee Branch shopping center, while Dunkin’ is located a few miles the other direction in the Cahaba Market strip center.