Bulls ready to kick off 2020-21 season under Simchuk 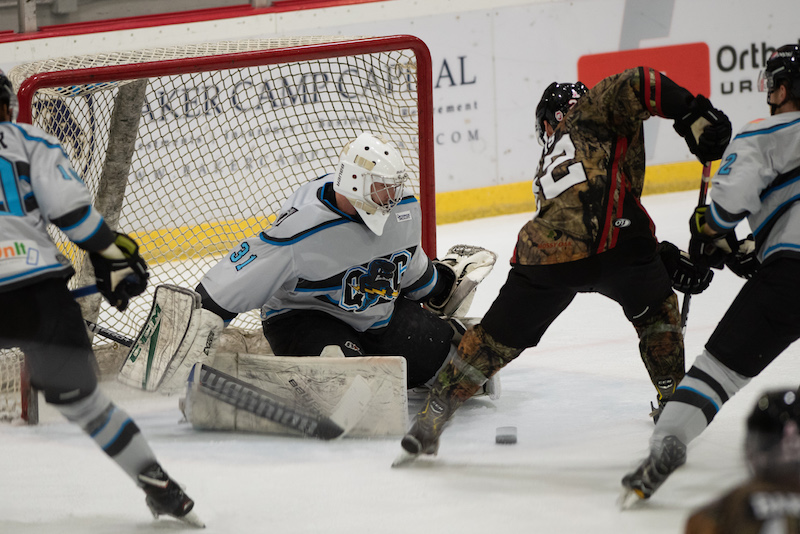 Mike Davis, above, will be one of the Birmingham Bulls’ leaders for the 2020-2021 SPHL hockey season under new head coach Craig Simchuk. (File)

PELHAM – Like many things, the Birmingham Bulls will look a little different this season, but they’ll be competing in the Southern Professional Hockey League nonetheless.

With the season kicking off on Saturday, Dec. 26, with a home game against, the Bulls will take the ice inside the Pelham Civic Complex under a new coach for the first time since their return in 2017.

Jamey Hicks, who served as the team’s head coach from 2017 through last year’s shortened season, signed a two-year contract extension during the summer of 2019 after leading the Bulls to the SPHL championship with an impressive record of 39-15-2. He earned the league’s Coach of the Year award that season as well.

But due to a family matter in Canada, Hicks has had to leave his duties as head coach to tend to that, but will still remain with the organization as a team consultant.

Now, heading into the new 2020-2021 season, the Bulls will turn to former player and team captain Craig Simchuk.

Simchuk retired from playing at the end of that record-setting season for the Bulls to join the coaching staff as an assistant. Now, just a year later, he’ll be the leader.

“Jamey has been a tremendous mentor both on and off the ice,” Simchuk said. “He’s taught me more about the game of hockey and life than I can ever thank him for. I hope to follow in his footsteps and continue what he has started here.”

Hicks has also been high on Simchuk, which was a big reason he wanted him to join the coaching staff as an assistant, knowing he had what it took to become a head coach.

“Craig was being groomed for this job,” Hicks said. “A lot of great coaches go from being a captain, then training as an assistant, and then taking the step to be the head guy. I think everyone knows how I feel. It hurts not being there, but seeing Craig take over is very exciting for me, and to see where he takes this team.”

A lefty-shooting forward, Simchuk played a combined five professional seasons in the SPHL. He tallied 46 goals and 75 assists in 238 career games with the Columbus Cottonmouths and Birmingham.

Simchuk’s first season won’t be normal by any stretch of the imagination, but it’s one he and the Bulls are looking forward to.

This season, Birmingham will play 42 games with an even split of 21 home and road games. In the first month of the season, they’ll play six games at home and four on the road.

Following the Dec. 26 matchup with the Pensacola Ice Flyers, the Bulls will play at home Jan. 7 against Pensacola once again and then Jan. 9 against Knoxville with puck drop scheduled for 7:30 and 7 p.m., respectively.

Fans will be allowed at games with several different promotions throughout the season and with social distancing and mask requirements in place.

Last season, the Bulls made it through March 8 playing games, but were 17-23-4 when the season came to an end.

Now, they’ll enter the new season looking to improve off of that effort with a squad full of fresh faces.

This year’s team won’t return top players in Jacob Barber, Josh Harris or Matt Fuller, who were three of the top four on the team in points last year and had valuable experience.

Austin Lotz will also return some experience at goalie after backing up Art Brey last year and playing in 13 games, while he was battling with Hayden Lavigne and Mario Cavaliere during the offseason.

Returning defenders this season will include Harrison Harper and Troy Taylor, while the majority of defenders will be new faces.

It’s a team that will face challenges of coming together with so many new additions, but it will also be one full of young talent ready to prove themselves as the next big star.

For the full schedule of games and promotions, visit Bullshockey.net.