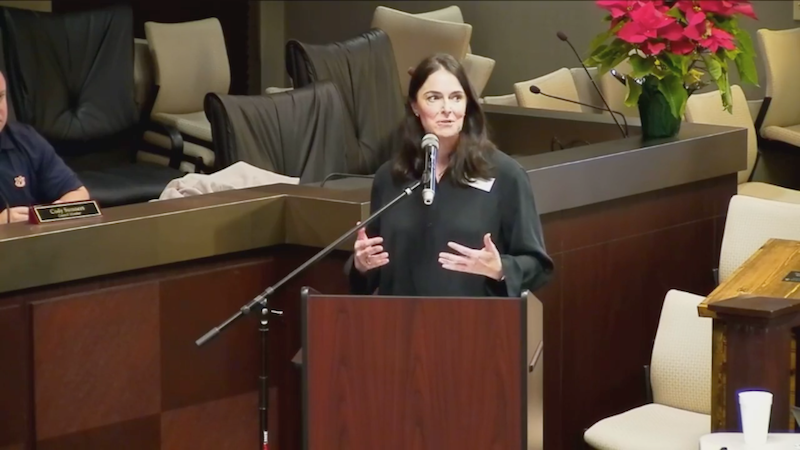 Julia Meyers, chairwoman of the Anti-Human Trafficking Committee for the Junior League of Birmingham, speaks to the Chelsea City Council on Dec. 15 about efforts to combat human trafficking, a significant problem across the country. (Contributed)

CHELSEA – The Chelsea City Council approved an annexation request and a Human Trafficking Awareness Month proclamation at a regular meeting on Tuesday, Dec. 15.

The annexation request was submitted by Jerry Arnold for his properties located on Shelby County 32 in Chelsea and consisting of nearly 21 acres.

Julia Meyers, chairwoman of the Anti-Human Trafficking Committee for the Junior League of Birmingham, spoke about the group’s efforts to combat human trafficking and shared related statistics.

In the Birmingham-metro area, the Department of Homeland Security estimates the commercial sex industry, which refers to online ads through which a person can be purchased for sex, is a $110 million industry annually, Meyers said.

According to the U.S. Institute Against Human Trafficking, 90 percent or more people who are prostituted are actually being trafficked, which means people being sold online most likely are being trafficked, she said.

In other business, the Council heard the first reading of a traffic safety ordinance.