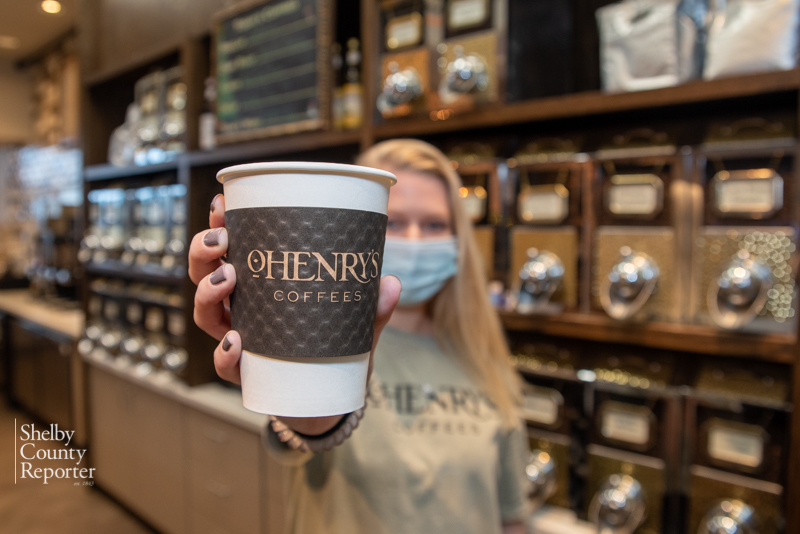 A county resident himself, Stevens knew his Birmingham-based coffee company already had local fans, but he couldn’t ignore the overwhelming response OHenry’s home delivery service received from a particular area on the U.S. 280 corridor in Shelby County.

“When we did home delivery in the pandemic, one of the highest, if not the highest, zip codes ordering home deliveries was 35242,” Stevens said. “We were having a lot of folks who knew us ask us to consider coming out there.”

The idea of opening another shop was exciting to Stevens, who worked for OHenry’s while he was in college at Samford University and bought the company in November 2019.

“We are about investing in the community and providing a place for folks in the community to have a great cup of coffee and a place to connect,” he said. “We want to offer some sense of normalcy for our customers and folks we connect with.”

When Stevens found a space in the Mt Laurel community, he was even more convinced this new project was worthwhile.

“We’re super excited about this location,” Stevens said, adding OHenry’s will occupy the storefront next to Ace Hardware on Shelby County 41. “The support has been so positive and so encouraging. We know it’s a special place, and we have to steward that in a great way.”

Stevens said he and his team plan to open the new location in early spring.

The new shop also will include what Stevens referred to as the “bean wall,” a wall that originated at the Homewood location featuring freshly roasted coffee beans from around the world.

A patio will allow patrons to enjoy their coffee and food outside in good weather.

OHenry’s will offer cold-brewed iced coffee and a full menu in the spring, which will include customer favorites such as the Conecuh sausage biscuit. In addition, a revamped lunch menu will be ready by then.

Stevens said OHenry’s is not only dedicated to following all current health guidelines to keep customers safe, but the company is also focused on taking care of its employees and cultivating their leadership skills.

“We are attracting folks now to work with us who love what they do and love coffee,” Stevens said. “We grow as a community, as a team and as individuals. That’s something we’re really instilling into our team members – that coffee, connection and community is a big thing.”

“We’re here to serve great coffee,” Stevens said. “We’re determined to come out of the pandemic better and stronger. The team just rallied around each other, and I couldn’t be more proud of them.”