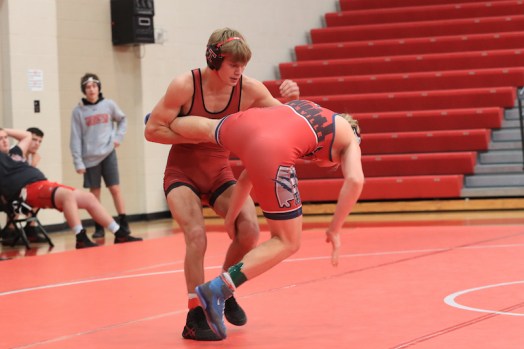 The Thompson wrestling team went 2-1 at the Hewitt-Trussville holiday tournament with the only blemish a one-point loss to the host team. (For the Reporter/Dawn Harrison) 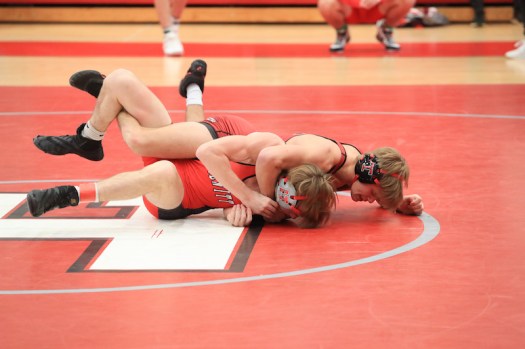 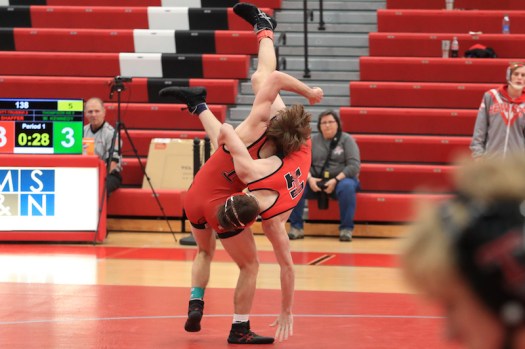 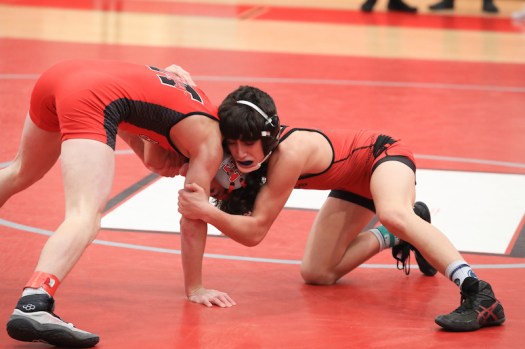 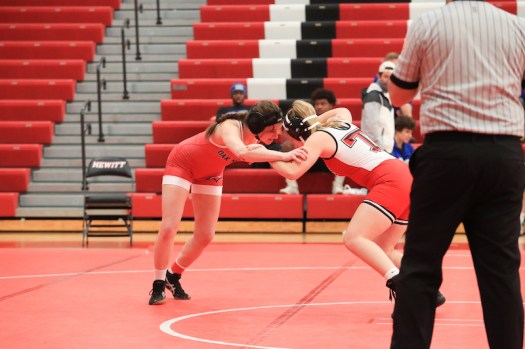 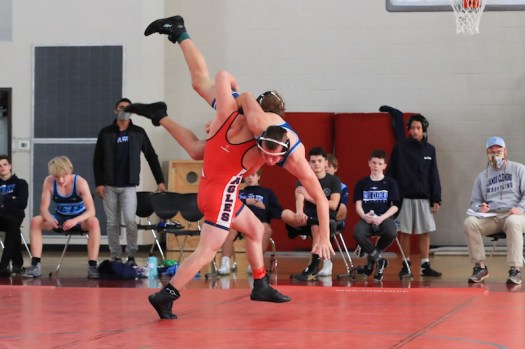 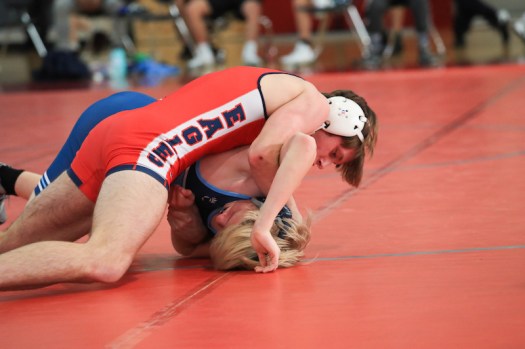 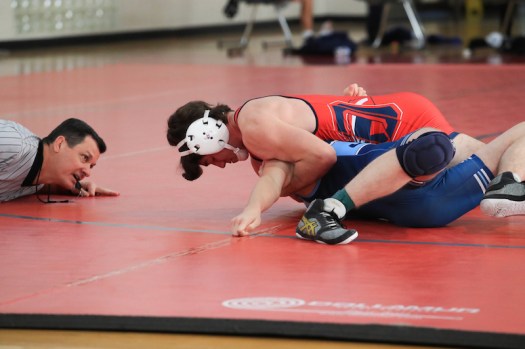 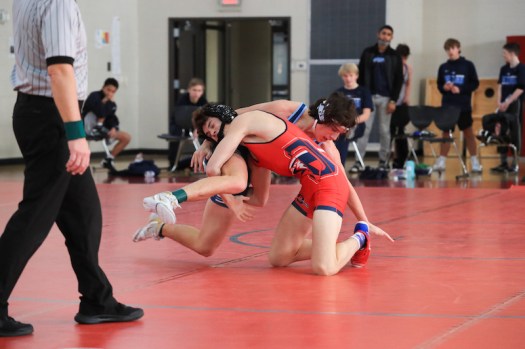 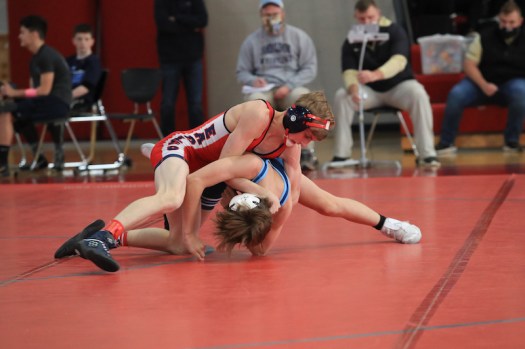 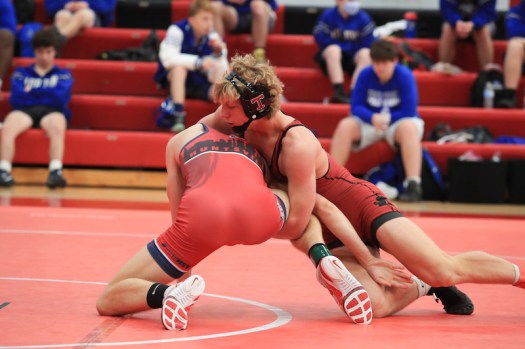 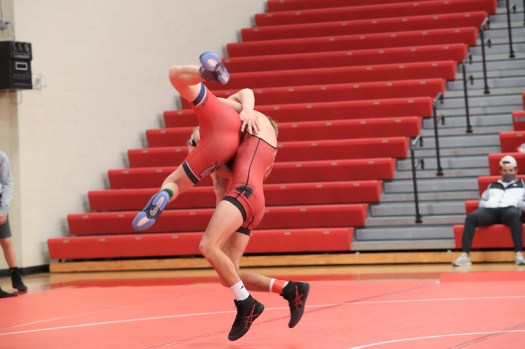 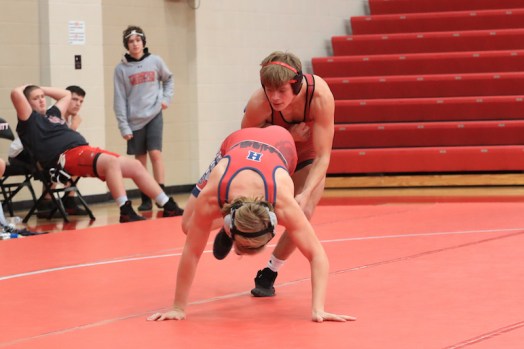 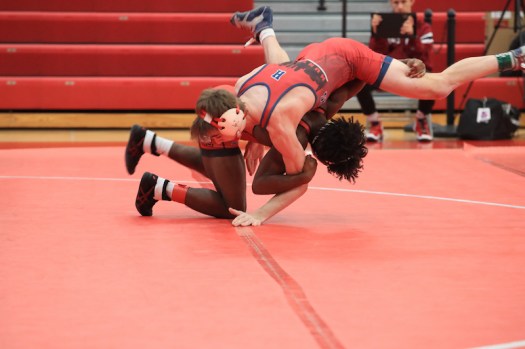 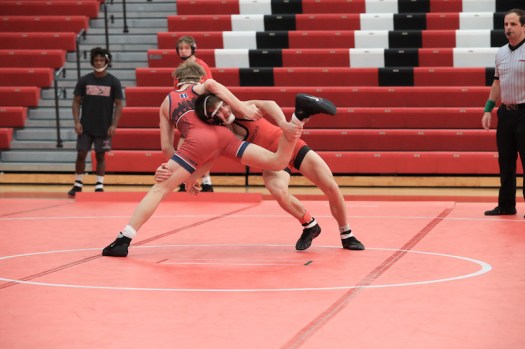 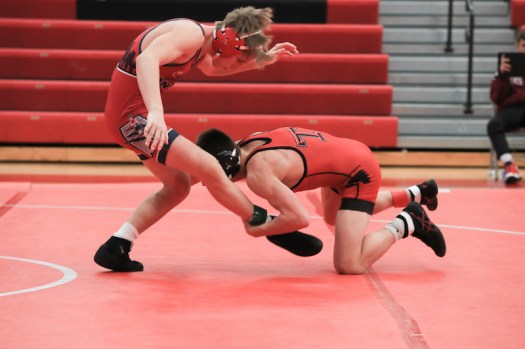 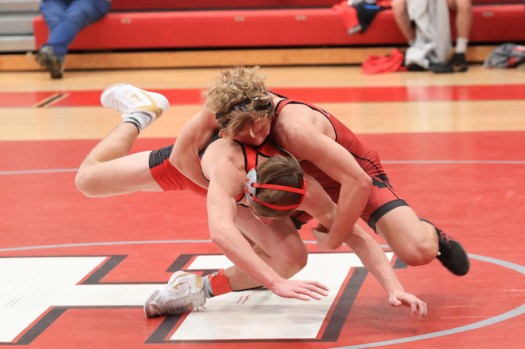 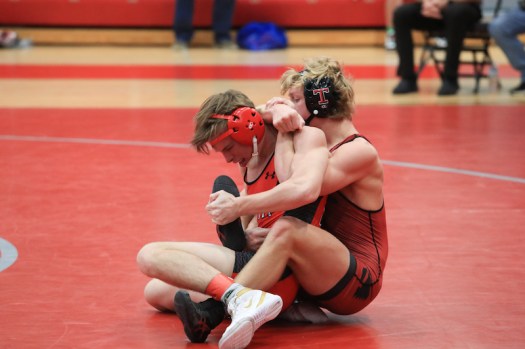 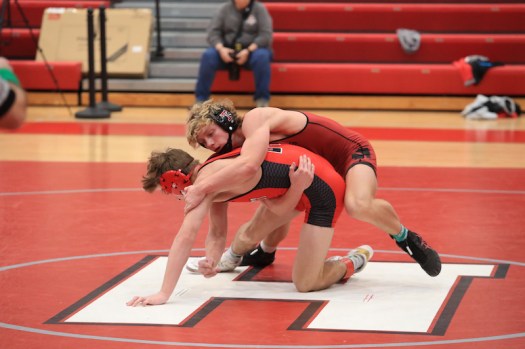 TRUSSVILLE – Competing against some of the best wrestling teams from across the area, the Thompson Warriors and Oak Mountain Eagles took part in the Hewitt-Trussville Husky Christmas Duals on Saturday, Dec. 19.

Both teams placed second in their brackets and both narrowly missed placing first, Thompson with a one-point loss to Hewitt-Trussville and Oak Mountain with a two-point loss to McAdory.

The Warriors won 29 matches out of the total 42 matches they competed in during the event.

Thompson defeated Huntsville 43-14 in its first match, winning 10 of the matches to Huntsville’s four. Auburn was the next to fall to Thompson with a score of 66-18.

The Warriors were able to hold Auburn to only three matches won, one of which was via forfeit in Thompson’s 170 weight class.

In Thompson’s crucial match against Hewitt-Trussville, the Warriors were narrowly edged out and fell by only one point with a score of 33-32.

Despite the second place finish, Thomspon had several first place winners individually who went 3-0 in their respective weight classes.

In the 113-pound weight class, Thomas Giere defeated Matthew Pickett of Huntsville by tech fall with a score of 17-2. In the match against Auburn, he made quick work of Sean Ostrander as he pinned him with a fall time of 1:06. His toughest match of the day came from Hewitt-Trussville’s Chris Weaver, but Giere was able to pull out a decision win of 8-3.

Nick Dempsey picked up two decision wins in the 120-pound weight class against Hunstville’s Jake Ciccolella with a score of 7-6 and over Hewitt-Trussville’s Dalton Zimmerman with a score of 5-4.

In one of the most exciting matches of the tournament Garrett faced off against Lucas Reaves. Both Reaves and Garrett stand to be contenders for the podium at the state championship this year.

The match was close the entire time and was a test of strength and skill as these two wrestlers went the entire six minutes.  Garrett was able to defeat Reaves by a final score of 3-1.

Oak Mountain also had some impressive stats during its performance.

The Eagles were able to win 27 of their 42 matches with 13 falls, one major decision, one decision and 13 Forfeits.

The first match of the day was the toughest match, as they fell to McAdory by a score of 35-33. They won six of the weight classes as opposed to McAdory’s eight.

Oak Mountain won an impressive 60-24 over James Clemens winning 10 of the 14 weight classes. Not only did they do that, but the Eagles also picked up six points in each of those weight classes.

Against Shades Valley, Oak Mountain won 11 of 14 weight classes and finished the match with a score of 27-15.

In the 113-pound weight class, Camden Tipton received a forfeit against McAdory. In his next match, he picked up a quick six points for his team as he pinned James Clemens’ Mac Jones in 36 seconds. Donelle Young of Shades Valley fell to Tipton in his final match by a major decision score of 14-2.

In the 152-pound class, senior Cole Burrough was nothing if not consistent as he pinned all three of his opponents. Neyser Perez of McAdory and Noah Hart of James Clemens were pinned with a quick fall time of 38 seconds, while Ivan Boykin of Shades Valley was also no match for Burroughs as he pinned him with three seconds remaining in the second period with a fall time of 3:57.