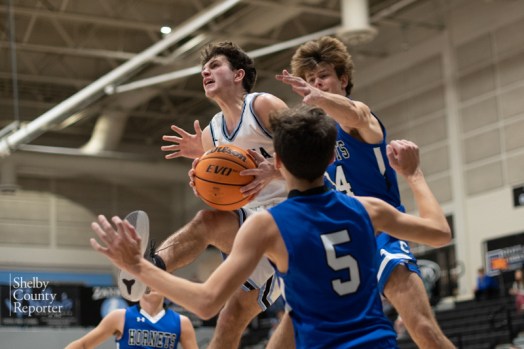 Helena was able to pull off a one-point win against county rival Chelsea in the Spain Park Invitational on Wednesday, Dec. 30. (Reporter photo/Keith McCoy) 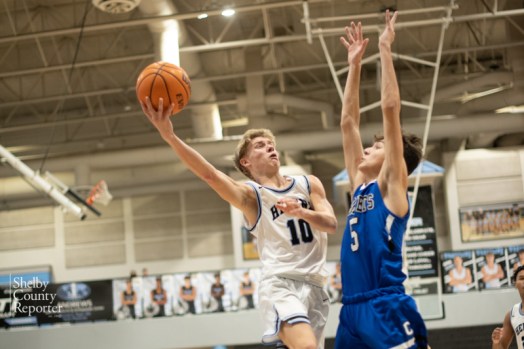 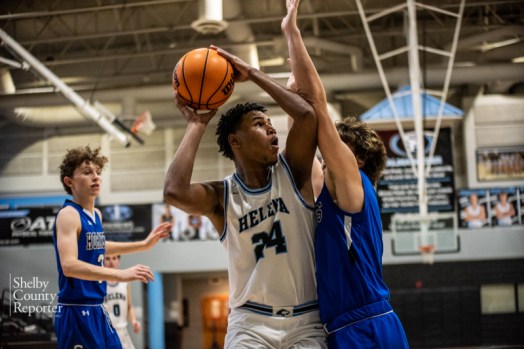 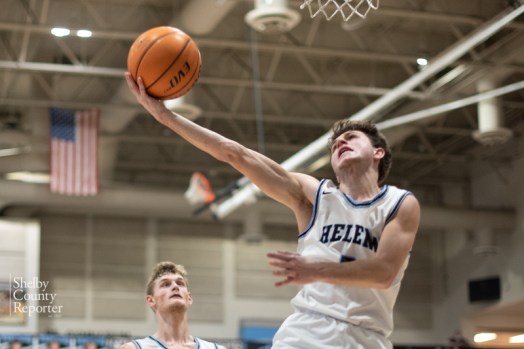 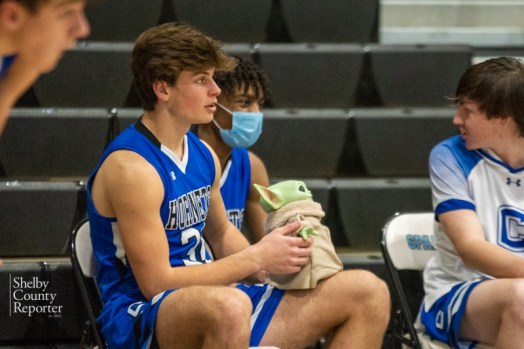 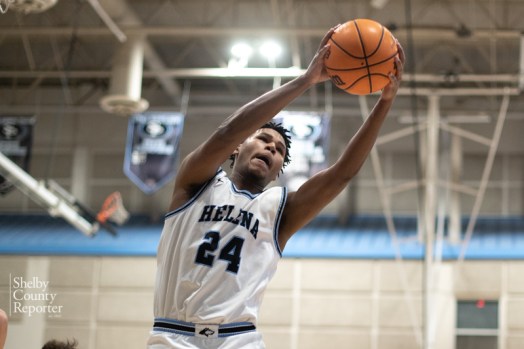 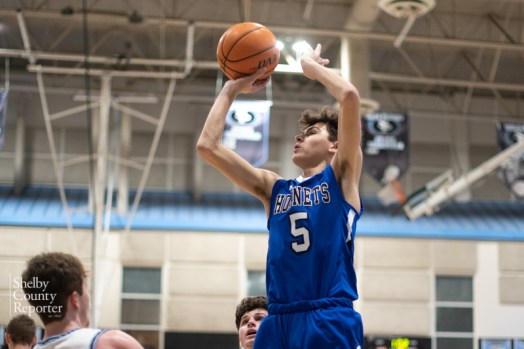 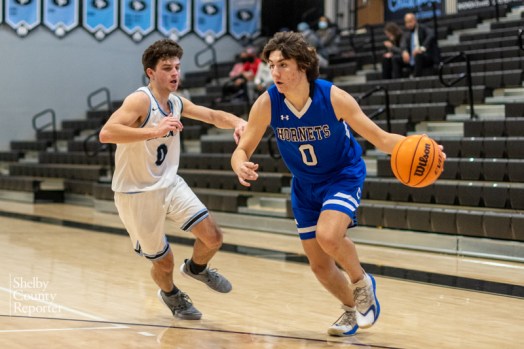 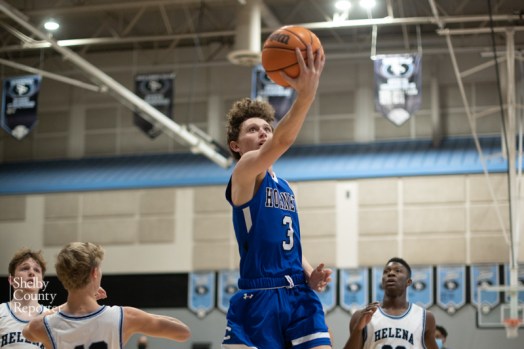 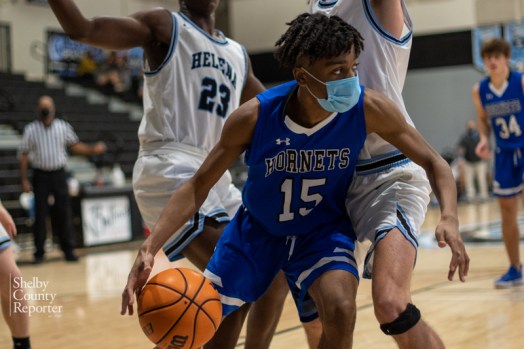 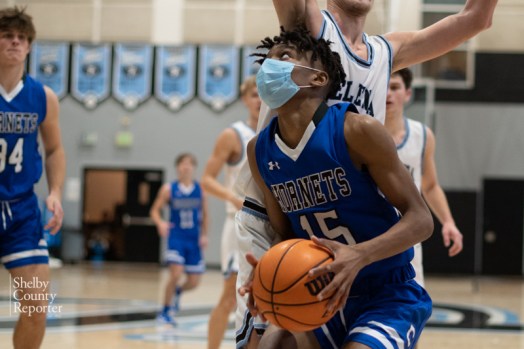 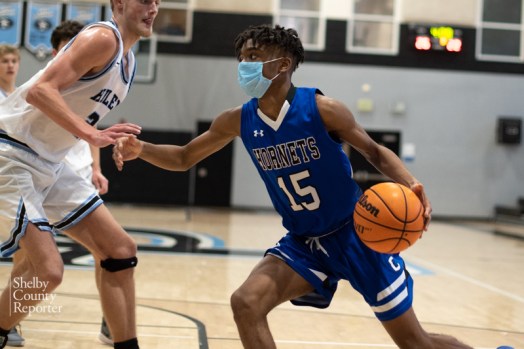 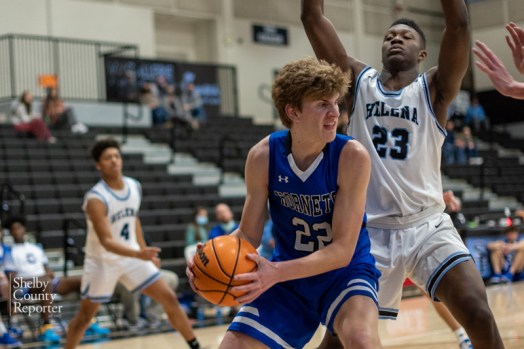 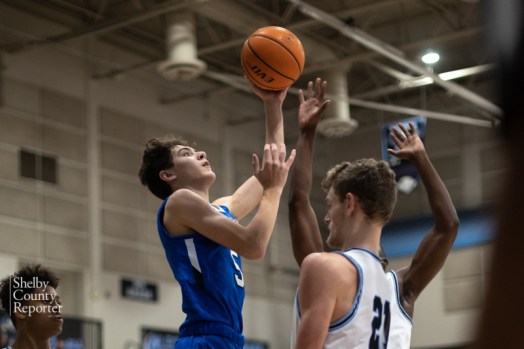 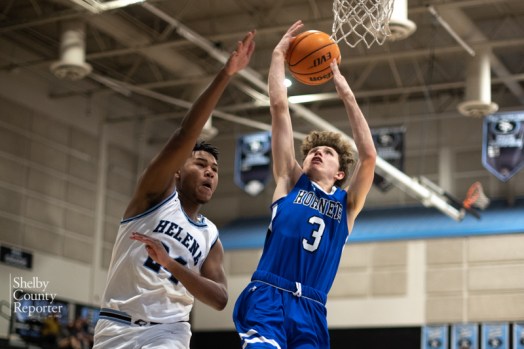 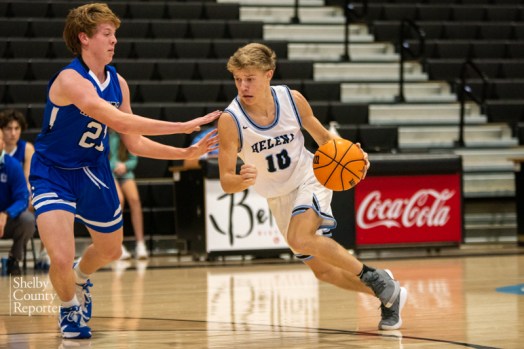 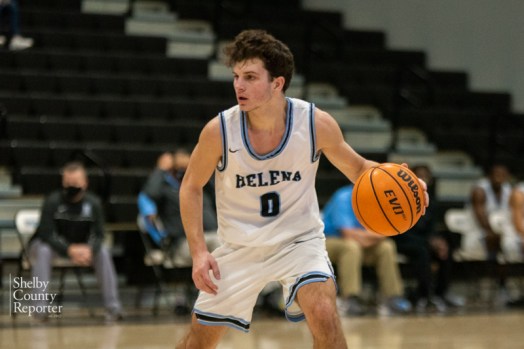 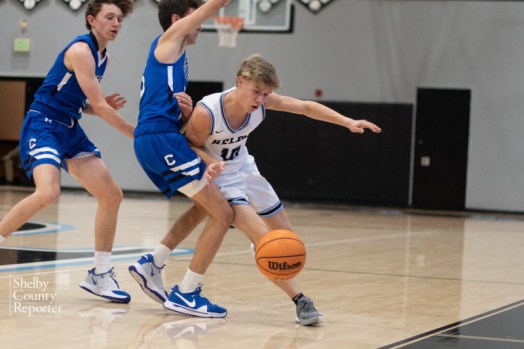 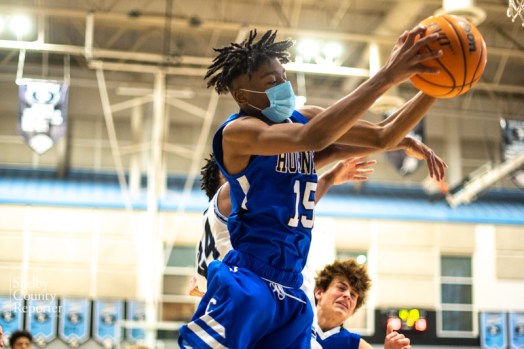 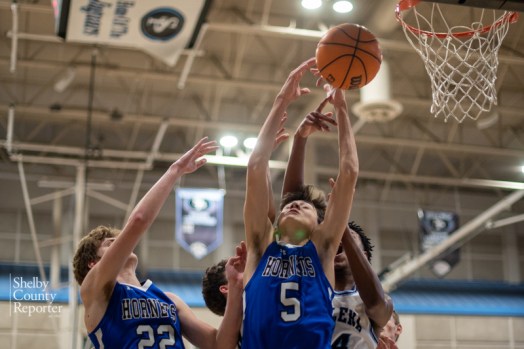 HOOVER – It’s been an up-and-down season for the Chelsea Hornets and Helena Huskies on the hardwood, but both have continued to show fight and that was no more evident than when the two faced each other on Wednesday, Dec. 30.

Taking part in the Spain Park Invitational, both entered the matchup without a win in the tournament through two games, but both had shown promise as well.

Chelsea dropped its first game to a good 7A Tuscaloosa County team 41-35, a game in which Paul Lanzi scored 15 points. The Hornets then fell to 7A No. 2 Spain Park 56-39 with Thomas Simpson and Riley Edmiston as the leading scorers thanks to eight and seven points, respectively.

Helena had similar performances through the first two days of the tournament, losing to Spain Park 71-36 the first day. During that game, Trevor Moore led the Huskies with 11 points, while Charlie Marshall added 10 points. They then came back and fought in a tight game with Tuscaloosa County, falling 60-51 despite 19 points from sophomore Jacob Satterfield.

But the two losses from both teams were wiped clean heading into the final day as the two young squads took the floor against one another.

Early in the matchup, it looked as if the Huskies were going to pull away for an easy win after coming out on fire in the first quarter.

Helena used a strong defensive effort to propel a hot start offensively. The Huskies went on to knock down seven baskets in the period, including three 3-pointers plus an and-1 to post 18 points.

That, combined with limiting the Hornets to six points on two field goals, helped Helena take a 12-point advantage at the end of the first quarter.

But the Hornets quickly found a way to flip the momentum in their favor in the second quarter.

They came out and five of their eight free throws and hit four field goals, including a 3-pointer, to score 16 points, while the defense made a complete shift.

Chelsea went from giving up seven baskets in the first quarter to just two in the second, which allowed them to pull within one of the Huskies at the break with Helena leading 23-22.

The rest of the way, it was a tight back-and-forth battle.

Coming out of the half, the two defenses made sure that they had a chance to win in the final quarter.

Both teams scored seven points with Helena making two 3-pointers and a free throw and Chelsea making two field goals and one 3-pointer.

That helped the Huskies take a 30-29 advantage into the fourth quarter.

And that one-point deficit for the Hornets ended up being the difference in the end.

Chelsea got two 3-pointers from Lanzi in the final quarter and four points from Alex Redd, but Helena did what it needed to from the free throw line.

The Huskies made five of their seven free throws in the fourth quarter in addition to three field goals to stave off the Hornets in a down-to-the-wire finish.

Helena was led by 17 points from Owen Davis in the win, while Marshall added nine.

Lanzi and Redd both led the way for Chelsea with 11 points each, while Edmiston added nine points.