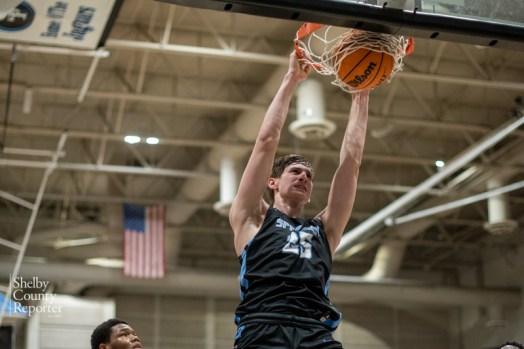 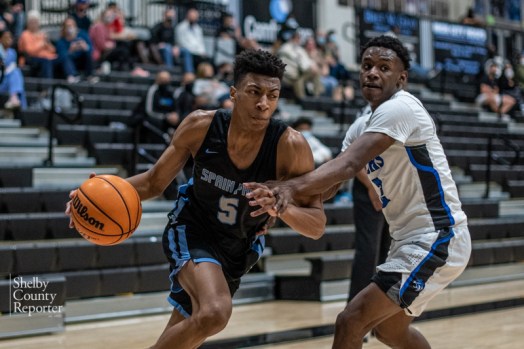 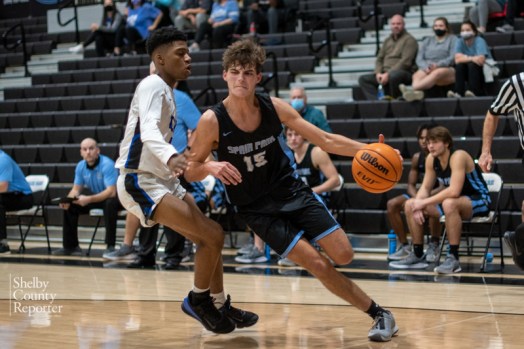 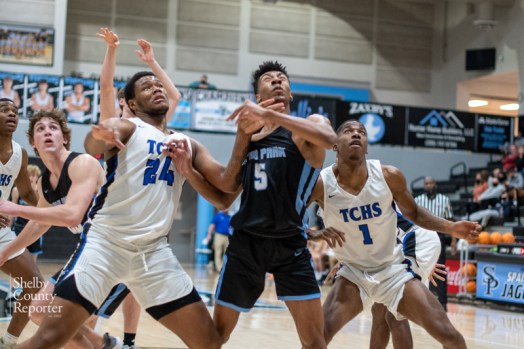 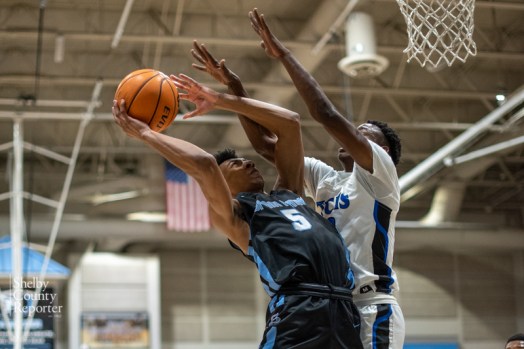 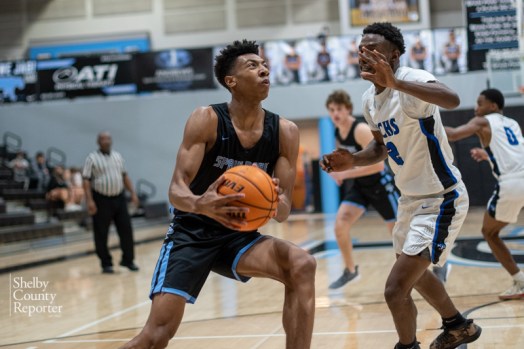 Spain Park's Cam Crawford, above, scored 31 points after going 7-9 from 3-point range to lead the Jags to an area win against Gadsden City. (File) 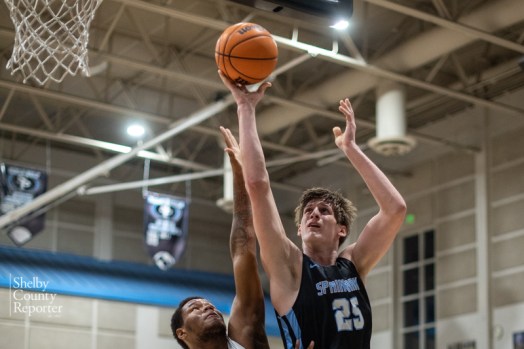 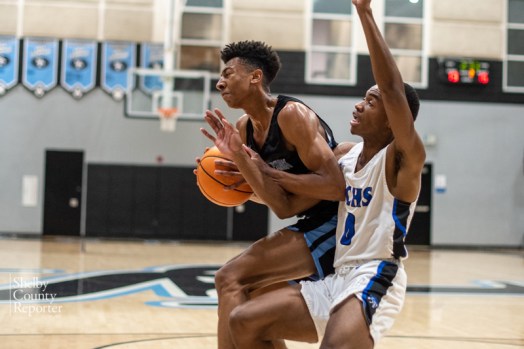 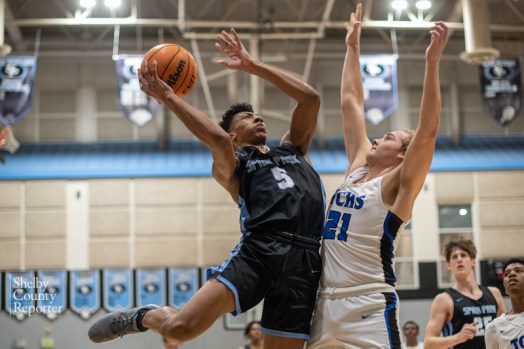 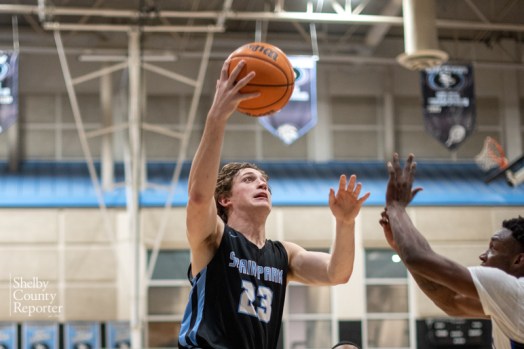 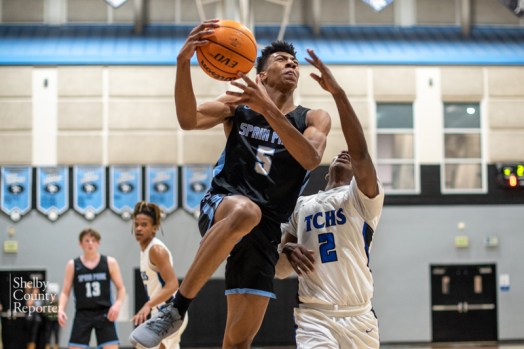 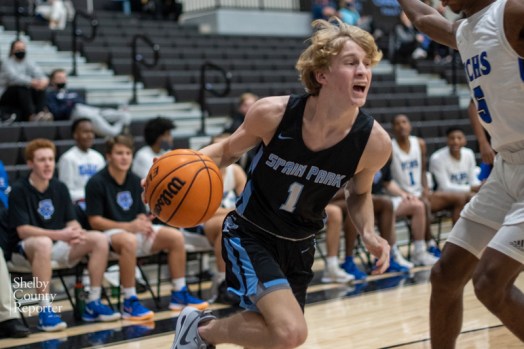 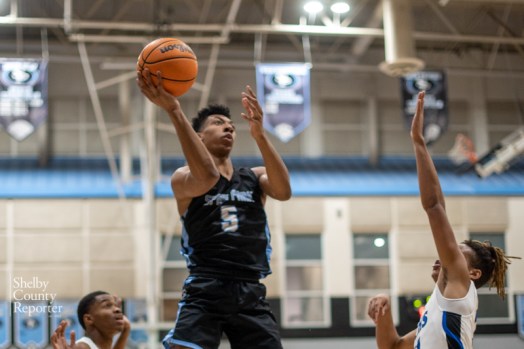 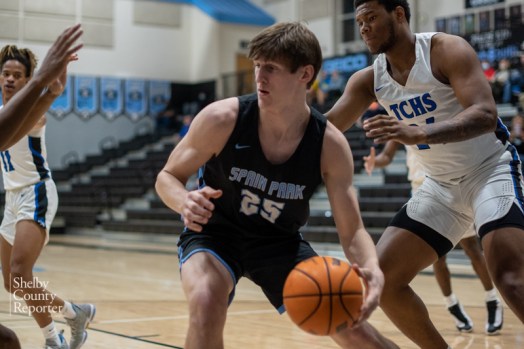 HOOVER – After a 12-0 start to the season, the Spain Park Jaguars lost by two points to Huffman on Dec. 12. But that hasn’t deterred the Jags from getting back on track.

Despite losing again a few days later in the championship game of the Oak Mountain Invitational, Spain Park has now won five of its last six games and three in a row after sweeping through its own tournament Dec. 28-30.

The Jaguars took down county opponents Helena and Chelsea before closing out the tournament and 2020 with a 44-34 victory against Tuscaloosa County.

After that 3-0 showing at the Spain Park Invitational, the Jaguars improved to 17-2 overall this season and are poised as a strong contender heading into area play and the second half of the season.

In the first game of the tournament, the Jags took down head coach Chris Laatsch’s former school, Helena, 71-36.

A big reason was a dominant shooting performance from beyond the arc. The Jags got five 3-pointers from Zach Gray, three from Braden DiClemente, two from Blake Floyd and two from Deacon George. Gray led the way with 15 points, while DiClemente added 10.

The next day, it was more of a consistent effort in a 56-39. The Jags got at least seven points from five different players, including 11 from DiClemente and 10 from Cam Crawford.

That led into the final game against the Wildcats where Spain Park put together an impressive defensive performance and got a stellar showing from Colin Turner.

In the opening quarter, Spain Park put together one of two 14-point quarters in the game thanks to Floyd knocking down two 3-pointers in the period.

Those were his only made baskets of the night, but that combined with four points from Turner, a 2-2 mark at the line from Crawford and two points from Jax Havonec, helped the Jags put together a strong quarter offensively.

After the defense limited Tuscaloosa County to three made baskets, the Jaguars had taken a 14-9 lead at the end of one.

That led to a defensive battle in the second quarter with the two teams only combining for five field goals.

Spain Park made three of those, all inside the arc, while the Wildcats added a 2-2 mark at the free throw line, which led to six points from both teams and a five-point advantage for the Jags at the break.

Coming out of the half, however, Spain Park found a balanced offensive rhythm again.

Four different players, including Josh Harrington, Crawford, DiClemente and Turner, had at least three points in the quarter.

Crawford led the way with five, while Harrington and DiClemente both knocked down big 3-pointers to help the Jags extend the lead by four more points going to the final quarter.

Holding a 34-25 lead, he put the game to rest with three field goals and six points in the final quarter, while Gray and Crawford each added two points.

Tuscaloosa County could only muster up nine points in the period, as Spain Park’s defense closed off a strong performance, which made the difference in the win.

Turner’s 17 points led the way, while Crawford finished with 11 and seven players scored.