Vincent gets back on winning track, fighting through growing pains 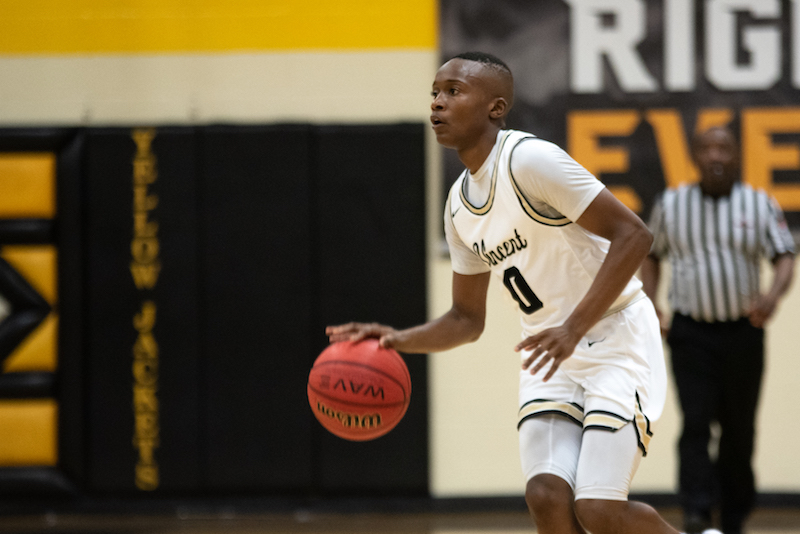 The Vincent Yellow Jackets snapped a six-game losing streak with a 12-point win against Ranburne on Dec. 30. (File)

HEFLIN – Losing basically everyone from their starting five off back-to-back Elite Eight teams, the Vincent Yellow Jackets have faced growing pains early in the 2020-2021 season.

The Yellow Jackets looked decent early in the season, going 4-2 through their first six games, but recently went on a six-game losing streak.

It’s a drought head coach John Hadder and his players aren’t typically used to, but it’s one that has helped the team grow and be ready for area play in the second half of the season, which has been evident in their play.

Each loss for the Yellow Jackets this season has come by 13 points or less with all but one of their eight losses coming by seven points or less.

And on Tuesday, Dec. 30, Vincent got back in the win column by ending its losing skid with a 62-50 win against Ranburne on the final day of the Anniston Star Classic.

The game showed consistency for the most part on the offensive end for the Yellow Jackets, as they scored 17 points in three of the four quarters, while the defense played well throughout until the final quarter with a large lead.

Vincent looked like a determined team that was tired of losing close games and wanted to leave no doubt after using a 17-4 run in the opening quarter to create some quick separation.

Vincent, however, still held a nine-point lead at the break.

And coming out of the half, the Yellow Jackets put the game away with that same determination they showed in the opening quarter.

Ranburne cut the deficit to 10 points at 32-22 midway through the quarter, but Vincent then went on a 13-4 run to end the quarter and take a 45-26 lead into the final frame.

Ranburne came out and put together its best offensive quarter of the game in the fourth quarter with 24 points, but Vincent again scored 17 points despite 11 turnovers in the priod to finish off the 12-point victory.

KJ Youngblood led the way for Vincent with 14 points on 7-9 shooting from the floor. Tray Youngblood also finished in double figures with 10 points in just 11 minutes, while adding five rebounds and two assists. Blake Allums added a third double-figure scorer with 11 points.

Will Harris was big on the boards, totaling 10 rebounds to pair with eight points, while Ty’Qun Goodman added seven rebounds and eight points with three assists.

Vincent is now 5-7 overall this season.