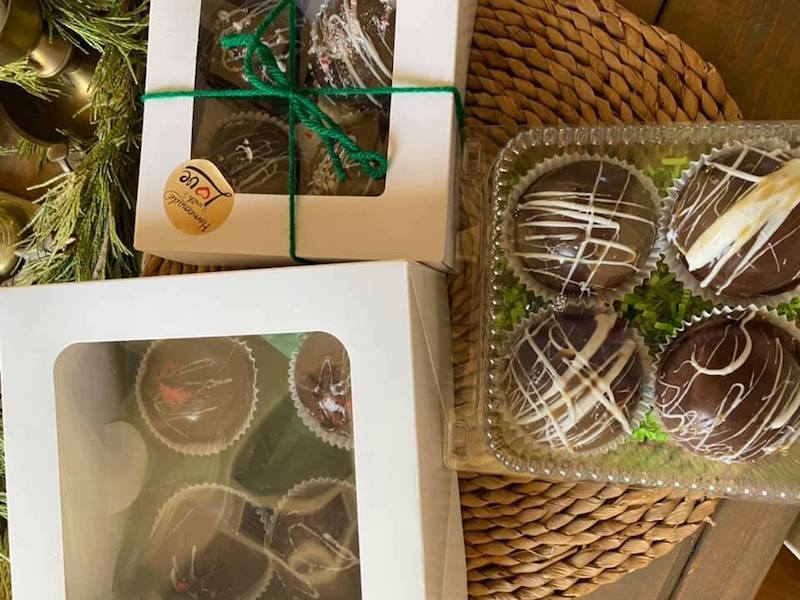 Local third grader Sophie Magno has been creating hot cocoa bombs over the holidays with rave reviews, and will continue making them through Valentine’s Day. (Contributed)

Magno is an eight-year-old and has a passion for baking hot cocoa bombs. Her mother, Lindsey Magno, said her daughter’s request to make and sell cocoa bombs was not a surprise, describing her as a sassy, outgoing girl with a strong-willed spirit.

Videos of people making cocoa bombs went viral on TikTok over the last few weeks, inspiring Sophie to make them herself. After a few shares of her entrepreneurship on Facebook, popularity grew and Sophie’s cocoa bombs became a hit among the community. 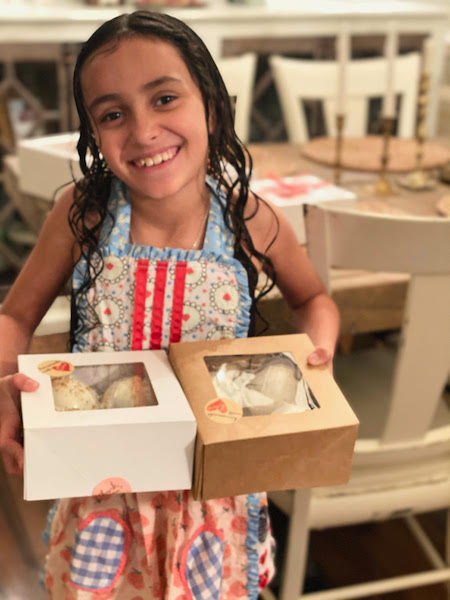 “She mentioned that she would like to make her own funds to buy herself a reborn doll by selling them,” Lindsey Magno said. “Little did we know, with my help by sharing and posting her work on my personal Facebook and several local trading sites with no idea how far we would go, it was a big success. She worked hard and stayed up late many nights with my help ensuring that everyone had their order.”

Sophie puts a lot of love and thought into everything she does and the cocoa bombs are no exception, her mother said.

The process for selling the treats became a family effort, but Sophie handled the baking all by herself.

“The only help we offered was to clean up her mess,” Lindsey Magno said. “We also would help write down names for her on who ordered what and she just followed along. She decorates them, packages them really cute and puts thank you stickers on her packages by herself. She’s very detailed and caring.”

The cocoa bombs first started as a fun and temporary project, but family and friends started raving over them as the holidays approached. Now, Sophie sells each cocoa bomb for $5 or $20 per box of four.

“Sophie did not expect to do these for long,” her mom said. “For Christmas, we gave some of them out as teacher gifts and people were ordering them as gifts for their co-workers, employers, family and friends. We even had several people asking us to do vendors and it was successful. It really motivated her little entrepreneurs heart and made her more motivated.”

Having a passion for baking and cooking is something that runs in Sophie’s family, inheriting it from her mother, grandmother and great grandmother, according to her mom.

Due to her success with the cocoa bombs, she plans to continue making them until Valentine’s Day.

“She would always be in the kitchen watching us and ready to offer to help. She learns really quickly and it doesn’t take much for her to take on,” Lindsey Magno said. “Out of so many bakeries and other people that also make cocoa bombs, they chose to support Sophie which was amazing. We have a Facebook page called ‘Sophie’s Sweet Shop’ set up for her to make it easier for those to reach out to support her and her dreams.”

Magno is proud of her daughter’s dedication, bragging on her ability to use her hard earned money to purchase the doll that she had been saving for.

“I was raised and taught that you work for what you want in life because nothing is given to you, and I strongly believe that Sophie has learned this life lesson,” she said. “We are beyond blessed and grateful for the support we received from strangers and friends for Sophie and her cocoa bombs.”

To support Sophie, you can visit the Sophie’s Sweet Shop Facebook page at https://www.facebook.com/Sophies-Sweet-Shop-139395574395496.