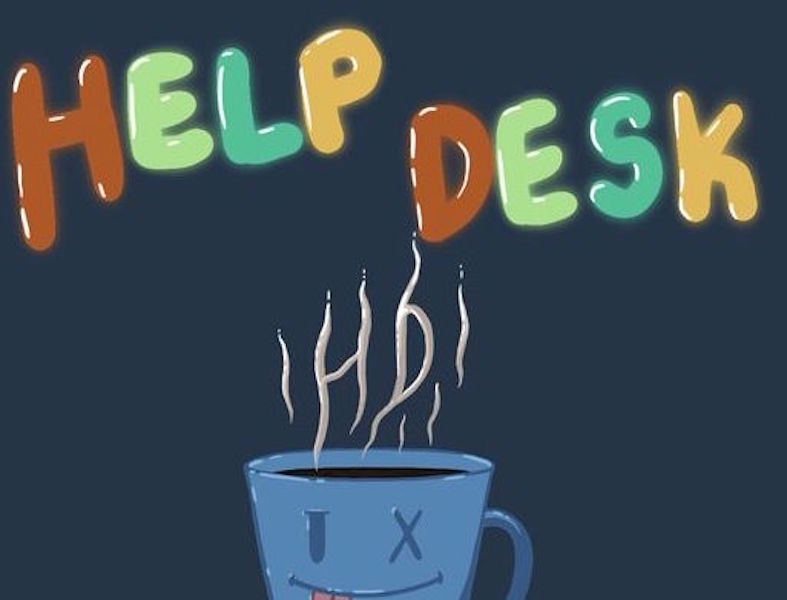 Students in the theatre program at Helena High School turned their play titled Help Desk into a movie to help others see the production. (Contributed)

HELENA — Though prevented from putting on their traditional theatre productions, students at Helena High School have created a filmed production of the play Help Desk by Don Zolidis to fill that void for the arts at the school.

Theatre Director Jefferson Casey said the production presents as a series of conversations between a help desk operator and someone seeking help to achieve a certain goal.

“We took this play and made it into a movie,” Casey said. “We built the set in my classroom all while following COVID-19 safety precautions. We spent about three weeks filming it with around 22 cast members, not including the set that was designed and built by tech students and the makeup and costumes that we had designed.”

The style of the play was especially helpful as the dynamic of the scenes filmed for the movie allowed for a more pandemic-friendly setting during filming.

The play was filmed in Casey’s classroom, which he said made the setting more realistic because of the similarity of lighting. The class helped transform the room from a normal classroom with stage design.

“It was a lot of fun to make the students got to have. They had a chance to be ridiculous and goofy and have some fun,” Casey said. “We ended up with a nearly hour-and-45-minute-long show.”

The film will be available online for family, friends and anyone else to view. The price is set at $11 and can be found online at https://gofan.co/app/school/AL67193.