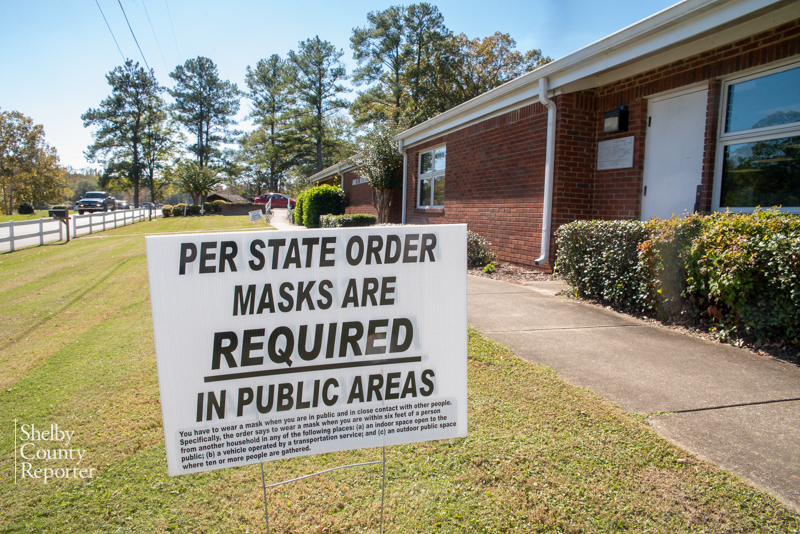 COVID-19 has now spanned into a new year with numbers rising to new highs both in Shelby County and across the state. (File)

Just shy of two months from COVID-19 reaching its one-year anniversary in Alabama, the deadly virus that has ravaged the country has now made the turn into the new year.

Almost 10 months into the state’s battle against the novel coronavirus, there have been 374,095 confirmed cases since it first appeared in Alabama on March 13, 2020, with 4,878 total deaths according to the Alabama Department of Public Health.

That marks an average of approximately 37,959 new cases of COVID-19 each month for the last 10 months as well as 489 deaths each month.

So far, there have been 202,137 presumed recoveries of the virus across the state, while the survival rate is 98.8 percent.

With 379,095 positive cases as of Tuesday, Jan. 5, and 1,910,881 tested, the positivity rate over the first 10 months of the virus has been 19.8 percent, which has increased from the early months of the virus with that number hovering around 10 percent or lower.

But over the last the holidays, the positivity rate has shot up, leading to that increase.

During the last 14 days, 110,321 people have been tested statewide with 50,692 of those testing positive. That means 45.9 percent of those tested in that span have tested positive.

In Shelby County, there have been 16,622 confirmed cases of the virus since it began with 103 deaths.

There have also been 89,038 tests administered, meaning 18.7 percent of those tested in the last 10 months have tested positive.

During the last two weeks, there have been at least 136 new cases every day in Shelby County aside from 40 new cases confirmed on Christmas day.

On Jan. 4, the county had one of its worst days with 303 new confirmed cases of the virus.

The number of COVID-19 hospitalizations have also shot up throughout the last month.

After a surge in July to more than 1,600 confirmed hospitalizations, there was a deep in patients throughout September and early October.

But numbers have quickly spiked, and as of Jan. 4, there were 3,064 hospitalizations statewide related to COVID-19.

There have been a total of 35,430 hospitalizations since the virus started back in March. That has included 2,445 in the intensive care unit and 1,400 on ventilators.

With the release of the Pfizer and Moderna vaccines in Alabama, numbers could fluctuate in the coming weeks, while the holiday season coming to an end could also lower numbers later in January and as we near the one-year anniversary.

SCSO deputy run over, one person dead in domestic…