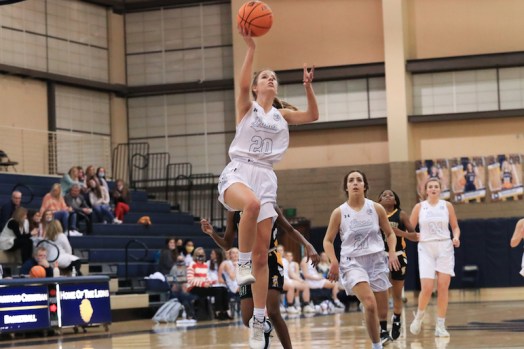 Briarwood’s girls basketball team outscored Woodlawn 24-9 between the second and third quarters to pick up a 47-23 win and improve to 9-0. (For the Reporter/Dawn Harrison) 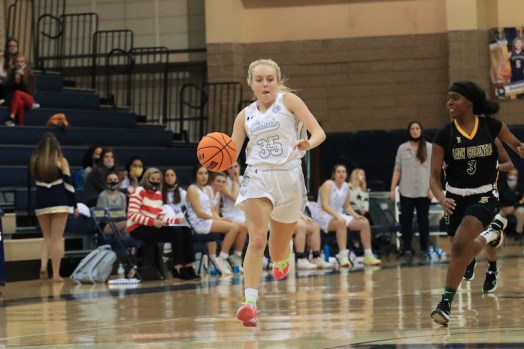 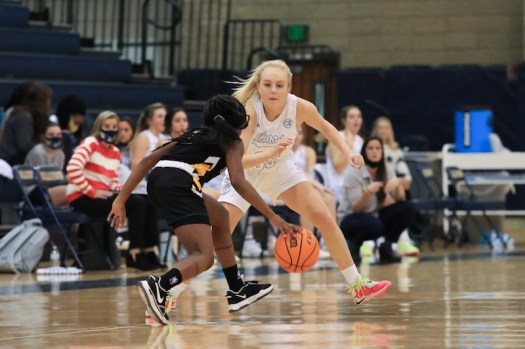 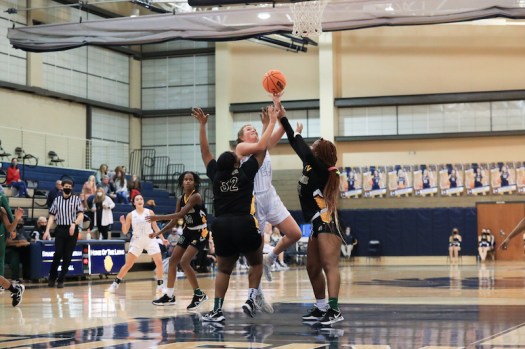 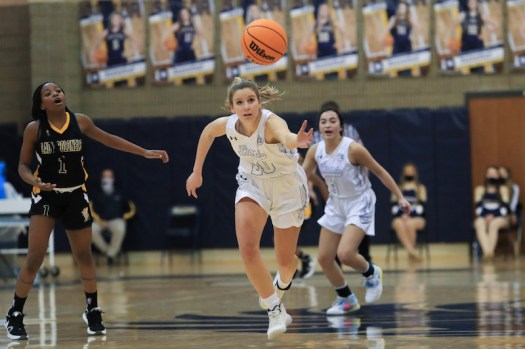 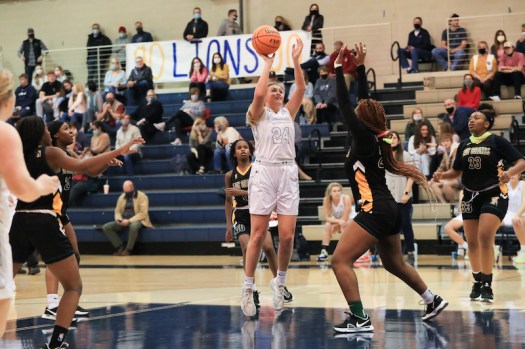 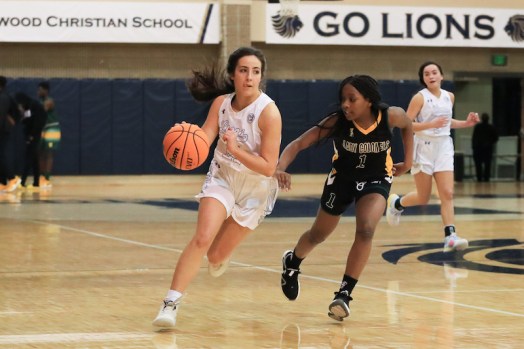 NORTH SHELBY – Quietly, the Briarwood girls basketball team is off to one of the best starts in the state this year after beating Woodlawn on Tuesday, Jan. 5, to improve to 9-3.

The Lions used a balanced effort and two scorers in double figures to pick up a 47-23 win for their ninth victory in a row to start the season.

Briarwood finished the game with five players scoring at least six points in the game, while Anna Martin and Kate Saunders scored 11 and 12 points, respectively, to lead the way.

In the opening quarter, Briarwood got off to a slightly slow start on the offensive end, but the defense came ready to play, which is something that last throughout.

The Lions totaled nine points in the quarter thanks to four from Martin, while the defense gave up just eight points.

But if there was a downside, Briarwood gave up six of those eight points on 3-pointers.

That, however, seemed to motivate the Lions to play even better on the defensive end in the second quarter.

They came out and played lockdown defense, giving up no points to post a shutout in the quarter. That also sparked strong offensive play, as the Lions posted 15 points.

A big reason for that success was strong shooting from the free throw line.

Briarwood made seven of its eight from the line in the quarter in addition to four field goals to total 15 points and extend the lead to 24-8 going into the halftime break.

With the way the Lions were playing defensively, that deficit became too much to overcome in the second half.

Briarwood followed up its 15-point second quarter with another strong showing in the third quarter by posting 14 more points. This time, five different players scored, including 3-pointers from Bennett Shaw and Maddie Vaughn.

With that strong play, the Lions outscored Woodlawn 29-4 over a two-quarter stretch, which allowed Briarwood to take a 38-12 lead going to the final quarter.

The Lions closed the game out with nine more points in the final quarter, while Woodlawn scored 11 for its best quarter of the game.

In addition to Martin and Saunders in double figures, Vaughn posted nine points, while Mary Beth Dicen and Shaw both added six points.