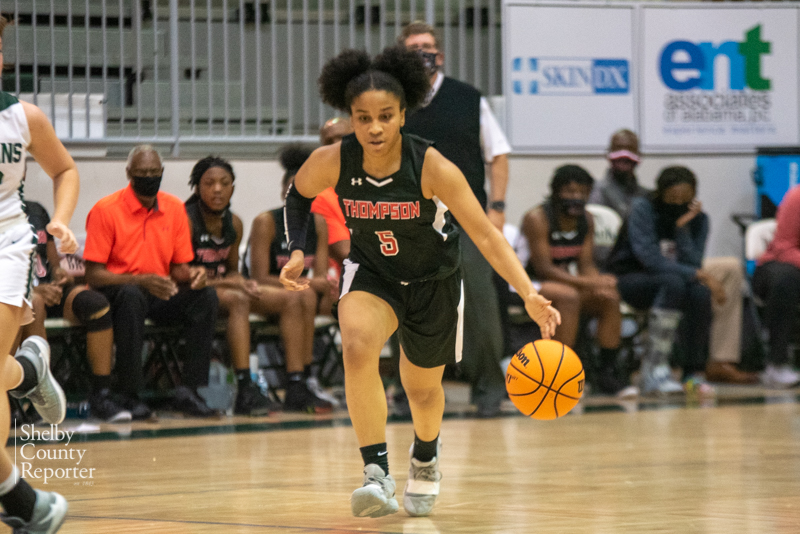 The Thompson girls basketball team has already matched its win total from last year after winning their 11th game of the season on Jan. 5. (File)

PRATTVILLE – Thompson’s girls basketball team held off a comeback attempt from Prattville on Tuesday, Jan. 5, to pick up a road victory and continue a strong start to the season.

The Warriors built a 26-12 halftime lead and were able to hold off the Lions in the second half for a three-point 41-38 victory to improve to 11-3 overall this season.

Most impressively about the hot start to this season is that Thompson has now already matched its win total from last year’s 11-19 record.

Last year’s team through 14 games was off to a 6-8 start, showing a drastic improvement this season already with area play still ahead of them.

In the first half of the game against Prattville, Thompson dominated on the defensive end of the floor, allowing six points in each quarter.

The Warriors came out in the opening quarter and posted their most points on the offensive end of the floor for the game with 14 points. That allowed them to jump out to a quick eight-point advantage.

Then, in the second quarter, Thompson followed that up by scoring 12 more points. That, combined with allowing just six points again, helped the Warriors take a 26-12 lead at the half.

And that dominant first half became extremely important in the second half as Prattville made halftime adjustments that paved the way for a comeback attempt.

Prattville only outscored the Warriors by two points after posting 11 points in the period, which only cut the deficit down to 12 points at 35-23.

But the momentum shift carried into the final quarter, and that’s when the Lions made a strong push. They came out and scored 15 points in the final quarter and held the Thompson offense in check yet again.

They did everything they could to give themselves a chance, but the hole dug in the first half became too deep to climb out of.

Thompson was able to hold on with six points in the final quarter to pick up a three-point, 41-38 win.

Now that Thompson has had an improved start under second year head coach Marty Smith, the Warriors will soon turn their attention to area play, where they’ll hope to push for a playoff spot this season.