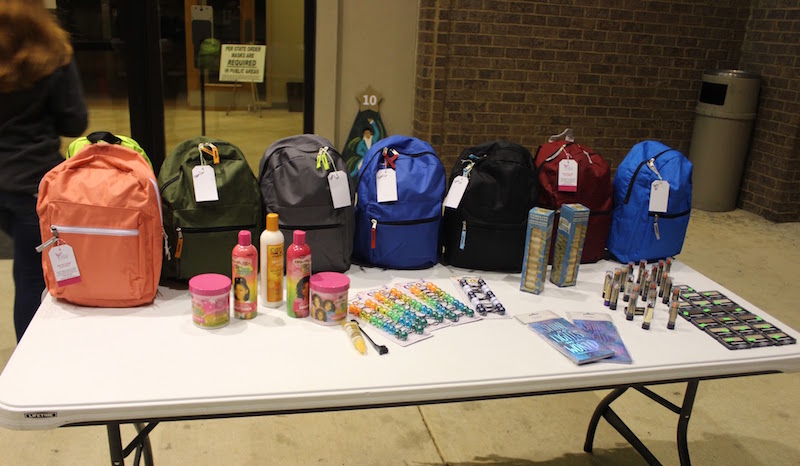 Backpacks loaded with supplies and other items are prepared to be handed out to women and children in need through the Woman of Worth foundation. (Contributed)

HELENA — Over the Christmas holiday, nonprofit organization Woman of Worth Inc. organized and collected supplies that were distributed in backpacks to help at risk youth and women on Dec. 23.

Woman of Worth Inc. was founded by Nikkie Pittman who worked in conjunction with Helena local Dominga Gardner to carry out the distribution event in both Helena and Birmingham to ensure that those in need would have necessary supplies over the holiday break.

Pittman said that she participated in an event earlier in the year that distributed what were called “survival backpacks” to assist homeless people, which helped spark the idea for her initiative.

“I was thinking about the gloominess and hopelessness that many are experiencing, and thought instead of survival backpacks we could do something positive with ‘Backpacks for Hope,’” Pittman explained. “I wanted to encourage some kind of inspiration or encouragement to let people know that there was hope still out there.”

Throughout the two events, more than 70 backpacks were distributed to a variety of different groups of people. Though the organization focuses on women and at-risk youth, they also included supplies for mothers, young women, men and boys, and backpacks for young children were given out as well.

Pittman tapped Gardner to help run the Helena event because of her knowledge of the community, especially after seeing the way she connected to the city after running in the recent city council elections.

“I thought about Dominga. I saw how she campaigned and thought she would be perfect to help get the word out for the community,” Pittman explained.

Gardner described herself as “thrilled” at the opportunity to participate in the distribution because the need for help in Helena and Shelby County is high, despite having one of the highest median incomes in the state.

“I was thrilled, and I love the joy of working with youth. I want to give back to the community, especially the youth,” Gardner said. “We have people in Shelby County in need. I want people to realize we have people hurting even though the county has a higher median income. The children are still suffering.”

The backpacks contained everyday items like hygiene products, undergarments, blankets, socks, non-perishable food items among many others. The two women said that those who received a backpack were incredibly grateful because of the financial burden that they helped alleviate.

“Sometimes you take things like that for granted. They can add up when you start ringing them up at the store,” Gardner said.  “I had a chance to talk to someone who got a backpack for their daughter who just had a child. She said it would help her out a lot, because of the cost. Having essential items provided helps alleviate some of the financial burden.”

“One lady told me that she did not have anything to give to her daughter for Christmas and that the backpack would be a way of helping her out,” Pittman recalled.

Both Gardner and Pittman hope that this initiative will provide not only hope for those who received a backpack during distribution, but also encourage a sense of giving and strong community bonds in helping others.

“We need to bring more awareness to the county, especially for youth initiatives and being able to get them the assistance that they need,” Gardner said.

Pittman hopes to continue to help assist people with paying bills and help them learn how to manage their money during the pandemic. They will also have a mentoring program that will start back up in March.

More information about Woman of Worth Inc. and its programs can be found by visiting Womanofworthinc.org. 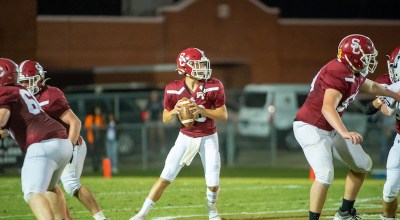