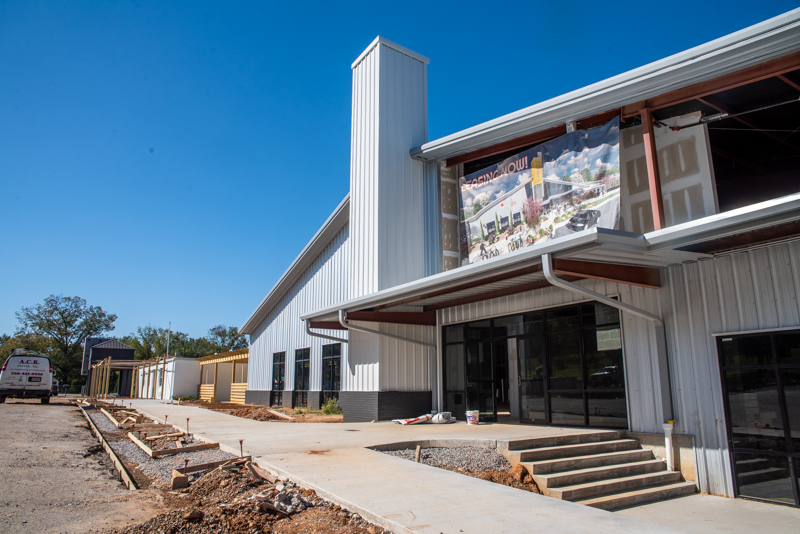 Developers working on Campus 124 in Pelham are seeking permission to build 14 studio apartment units in what was previously going to be office space. (Reporter photo/Keith McCoy)

PELHAM — Development on the centerpiece of Pelham’s new entertainment district at Campus 124 is well underway with the first tenants holding a ribbon cutting ceremony Thursday, Jan. 7. To help bolster the development’s success, developers are now asking the city’s government to allow them to develop apartments at the location.

“Adding a residential section will really help. We want to convert the north wing to residential apartments. It was originally planned for office space,” Schrimsher explained at a council work session. “With the downsizing of office space, we felt like this was the way to go to keep the momentum up.”

Development at Campus 124 has continued throughout the pandemic; however, because the need for office space has decreased with many working from home, adding apartments would make sure that all the space would be used, according to the developers.

“Adding the residential segment to this would help the retail and entertainment side by having a captive audience, and that will really play into our theme of ‘live, work, play’ throughout the entire development,” Schrimsher said.

The developers are also asking for a delay in the revenue share by one year to “allow for more time to be able to have the tenants here to develop the sales tax revenue,” Schrimsher said.

At this time there would be 14 units that would be one and two bedroom studio apartments, with a design goal of being “modern and hip.”

According to Skinner, these apartments would “make a massive impact in drawing retail and restaurant spaces.”

At the work session, Pelham Mayor Gary Waters expressed that he would approve the apartments if he had a vote on the matter, citing that there were very few issues relating to traffic, since there is already infrastructure suitable to the area there.