Brad Flynn sworn in as Helena chief of police 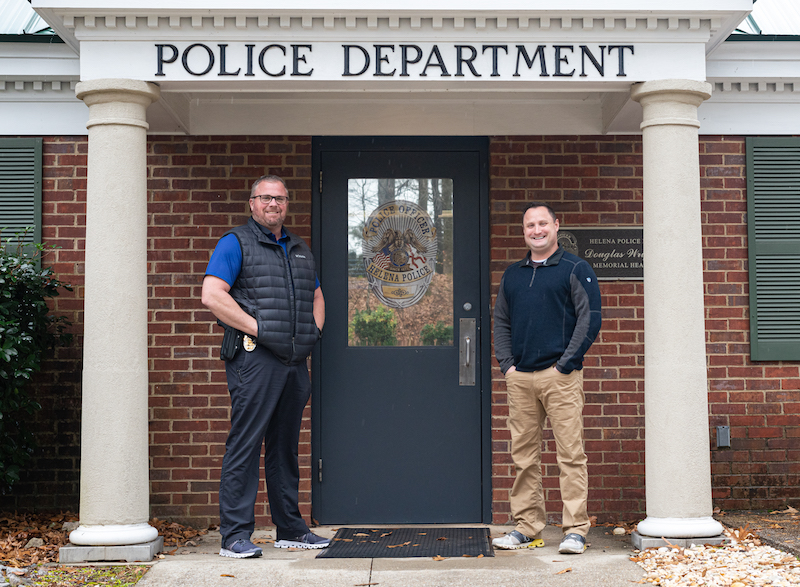 HELENA — Brad Flynn, who had been serving as interim chief of police in Helena following the departure of former chief Pete Folmar, was officially sworn in as the city’s new police chief on Dec. 14.

Flynn has been in law enforcement for 27 years, acting in various positions and receiving a wide array of training prior to achieving his new title. Flynn has spent the majority of that time with the Helena Police Department, working extensively with HPD for the past 25 years.

“I am incredibly humbled and thankful for the opportunity to lead the department I have served with for the past 25 years,” Flynn said. “Helena is more than just a place to work for me and my family, Helena is home.”

In this new position, Flynn hopes to be able to have the HPD be a positive force in the community that goes out of its way to support the department in their efforts to protect and serve.

“I want to thank you, the citizens of Helena, for your unwavering support of our department,” Flynn said.  “I can look back and say without any reservation that this city has always supported the men and women who serve and protect the best people anywhere. And from the bottom of our hearts, we thank you.”

Through his leadership, Flynn expects to make moves toward community building with the hope of encouraging even better relationships between citizens and their police department.

“Over the upcoming months, you will see some new initiatives coming out of HPD that will allow us not only to get to know you better, but more importantly, for you to get to know us, the men and women who serve this city every day. Stay tuned for that,” Flynn said.

Most of all, Flynn wants the community to know that if they need something, HPD is there for you, and that includes himself.