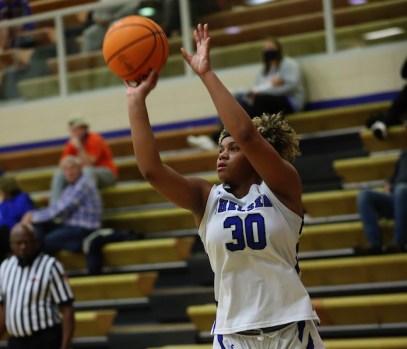 The Chelsea girls basketball team used a dominant second and third quarter to pull away from Montevallo on Jan. 7. (For the Reporter/Cari Dean) 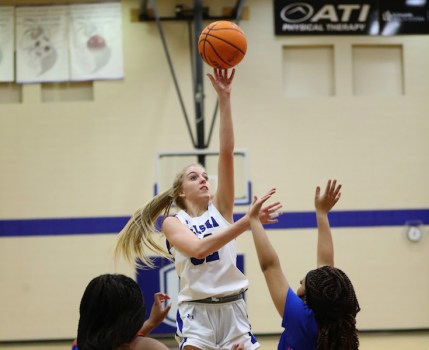 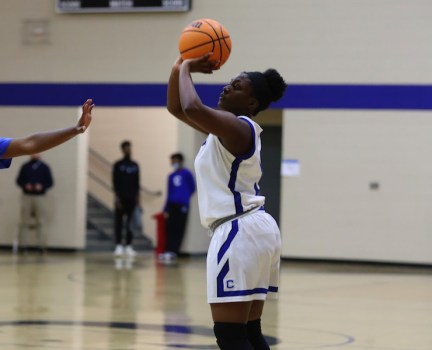 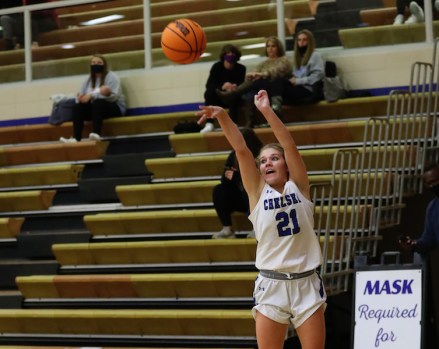 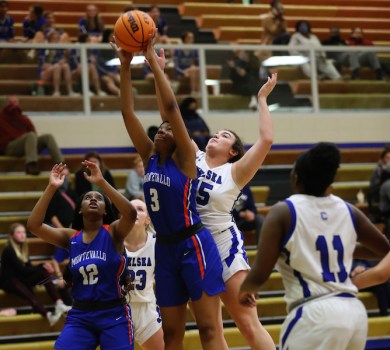 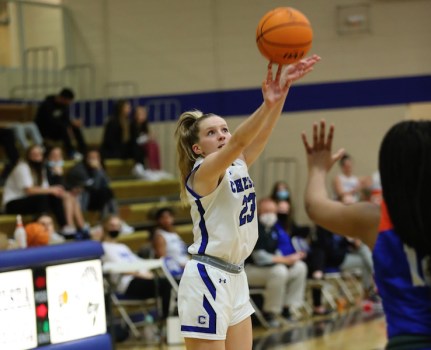 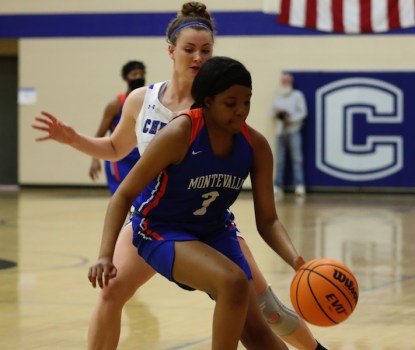 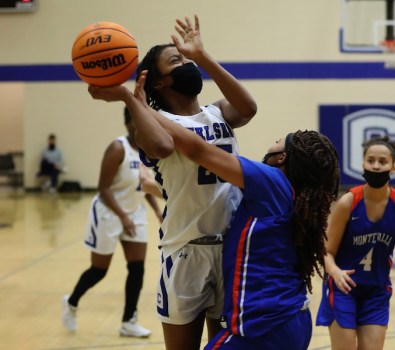 CHELSEA – Sophia Brown and Ashley Washington both scored in double figures to help the Chelsea Hornets score 76 points in a 76-27 win against county foe Montevallo on Thursday, Jan. 7.

The Hornets scored at least 13 points in every quarter and put up 22-plus points in the middle two quarters, while limiting the Bulldogs to 10 or less in each period to pick up the dominant win.

Chelsea set the tone early in the game thanks to a quick 8-0 run behind four points from Brown, a 3-pointer from Sydney Schwallie and a free throw from Mackenzie Titus.

The Bulldogs, who are a team full of freshmen and sophomores this year, got their first points came on a basket from Teasia Purnell to put a stop to the Hornets’ run.

Chelsea eventually extended the lead to 10 at 12-2 before Montevallo put together a 5-1 run to cut the deficit to six points at 13-7.

The Hornets, however, got a basket from Washington to end the quarter, which sparked a strong run to start the second quarter.

Leading 15-7 at the end of the first, Chelsea continued a 15-2 run into the second quarter, eventually taking a 28-9 lead. The rest of the quarter was played pretty balanced from both teams, but the damage was already done as Chelsea had laid the groundwork for a 22-point quarter, while Montevallo only posted eight.

That allowed the Hornets to take a 37-15 lead into the halftime break.

The Hornets used the break not only to talk about what they were doing well, but also what they could do to play even better.

That paid off in the second half when Chelsea came out in the third quarter and played a confident eight minutes for its best period of the game.

After Montevallo found some early offensive success and cut the lead to 20 points at 43-23, Chelsea responded with a 3-pointer from Schwallie which kick started 20-2 run to end the quarter and put the Hornets in front 63-25 going to the final quarter.

Following the 26-point performance in the third quarter, the Hornets turned their attention to the defensive end of the floor to close the game out in the final quarter.

Chelsea scored 13 points in the fourth, but more importantly limited Montevallo to just two points to cap off a 76-27 victory.

The Hornets were led by 15 points from Washington and 14 from Brown. Perhaps more important, however, was that Chelsea had 11 total players score in the win.