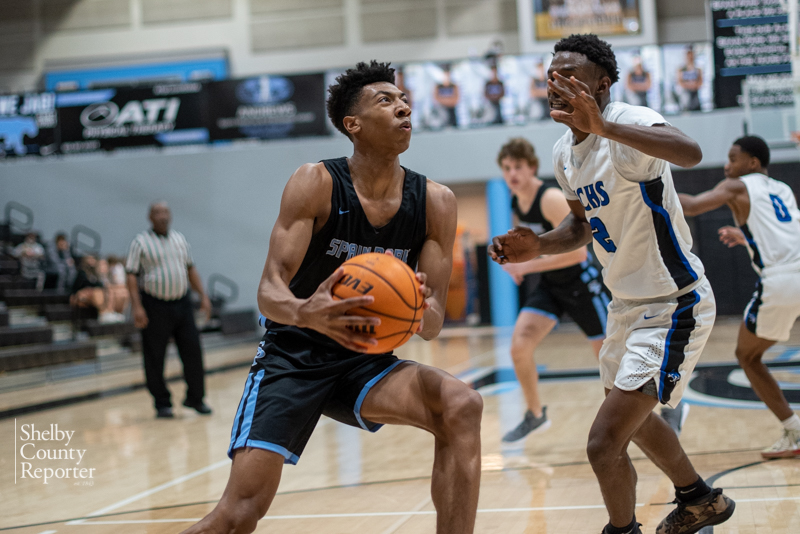 Spain Park's Cam Crawford, above, scored 31 points after going 7-9 from 3-point range to lead the Jags to an area win against Gadsden City. (File)

GADSDEN – Cam Crawford’s hot shooting from beyond the arc and Colin Turner’s post presence were more than enough to help the Spain Park Jaguars open area play with a win and continue an impressive season on Friday, Jan. 8.

Thanks to 31 points from Crawford on 7-9 shooting from beyond the arc as well as 19 points and four blocks from Turner, the Jags pulled away for a 67-47 victory against Gadsden City to improve to 18-2 overall and 1-0 in area play.

The game itself, however, wasn’t as easy as the final score represented.

It was actually Gadsden City who got off to the better start of the two teams.

In a back-and-forth opening quarter, the Titans were able to make one more play than the Jags to take the early advantage at 15-12 going to the second quarter.

But the second quarter saw the Jags do the same to Gadsden City. This time around, it was Spain Park who was able to find that extra effort to claim the lead.

The Jaguars put together a 16-point quarter and improved on the defensive end of the floor by allowing 11 points, which allowed them to gain a two-point advantage at the break.

At the half, both teams found ways to improve off a back-and-forth first half with more urgency on the offensive end of the floor.

That led to a thrilling third quarter featuring a combined 34 points from the two teams.

But it was Spain Park who was able to get the slight upper hand with 19 points in the period. That strong period of offense helped the Jaguars extend their lead by four more points 47-41 going to the final quarter.

And that’s when Spain Park put it all together.

Spain Park went on to only give up six points in the fourth quarter, which propelled a strong finish on the offensive end of the floor as well to close out the 20-point victory.