Oak Mountain pulls away in county win against Helena 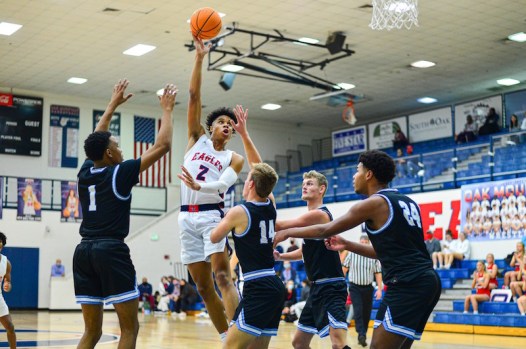 Noah Young, No. 2, posted 23 points for Oak Mountain to help the Eagles pick up a 73-40 win against Helena on Jan. 8. (For the Reporter/Jeremy Raines) 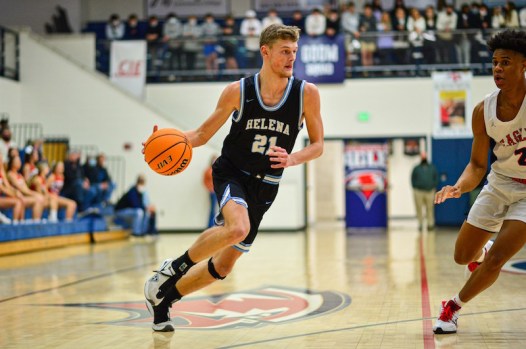 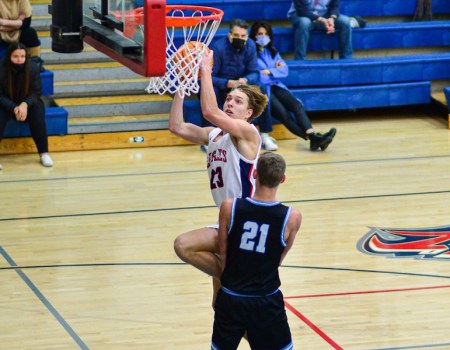 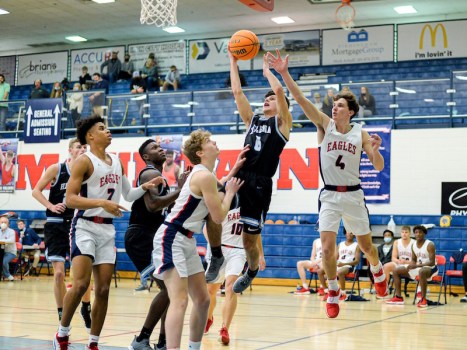 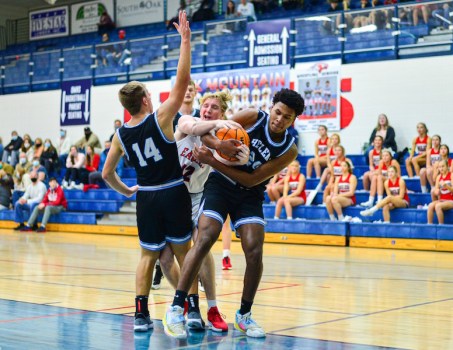 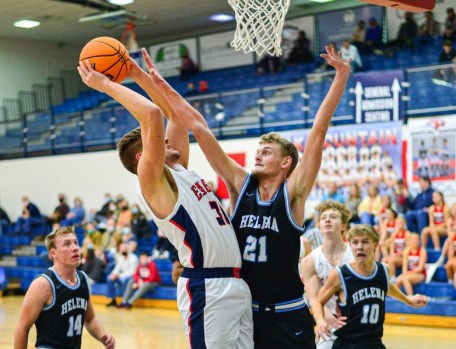 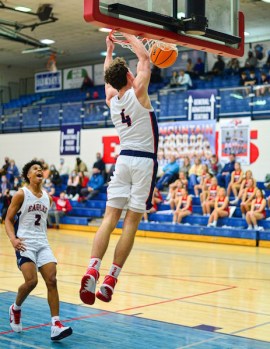 NORTH SHELBY – Despite being down two starters, the Oak Mountain Eagles used a team effort to pull away from county opponent Helena on Friday, Jan. 8.

The Eagles used three scorers in double figures and a strong middle two quarters of play to create separation en route to a 70-43 victory over the Huskies.

Oak Mountain was led by senior Noah Young with 23 points in the win, as he closed the game with 16 points in the final two quarters to help the Eagles pull away.

Young bookended a dominant night from two of Oak Mountain’s best players as his strong second half complimented an impressive start from Wilder Evers.

In an otherwise defensive first quarter, Evers scored seven points, including a 2-2 mark from the free throw line, a 3-pointer and a floater at the buzzer to give the Eagles a 10-3 advantage.

Helena warmed up on the offensive end in the second quarter of the game, starting with a 3-pointer from Jacob Satterfield.

That brought the Huskies to within four points, but that’s as close as they could get the rest of the game. 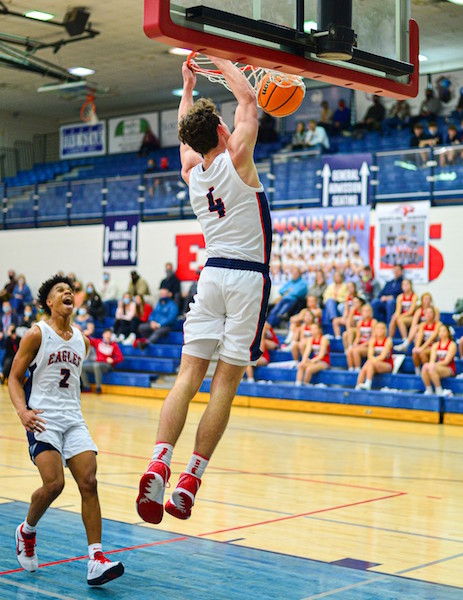 The first half of the quarter was back and forth, but after Helena cut the deficit to six points on a 3-pointer from Josh Williams, the Eagles went on a 13-4 run to end the period when Evers caught fire once again.

He scored 11 points over the final few minutes of the quarter, including a 3-pointer and a dunk, before another buzzer beater gave Oak Mountain a 32-17 lead at the break.

Coming out of the locker room, the Huskies found some success from beyond the arc with Satterfield and Owen Davis both hitting two 3-pointers in addition to four points from Williams.

That helped Helena score its most points of any quarter with 16.

But Oak Mountain answered with its best offensive quarter of the game as well, and behind Young, Matthew Heiberger and Brady Dunn, the Eagles posted 25 points.

Young scored 11 of those with five field goals, including an and-1, while Dunn hit two 3-pointers and Heiberger made three field goals.

That allowed Oak Mountain to take what was an 11-point game at one point early in the quarter and turn it into a 24-point lead going to the final period.

The Eagles put the game away with five more from Young in the final quarter, another three from Dunn and a 3-4 mark from Gavin Nelson at the free throw line to finish off the 27-point win.

Behind Young’s game-high 23, Evers finished with 18 points in the first half, while Dunn added 11.

Helena was led by 12 from Satterfield, all from beyond the arc, while Williams finished with 11.