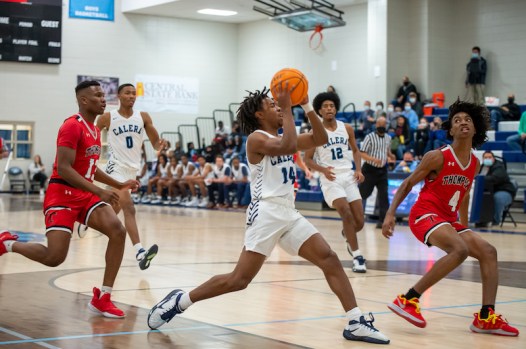 The Calera Eagles were able to pick up a second win against Thompson on Friday, Jan. 8, to win the season series against the Warriors. (For the Reporter/Larry Dancy) 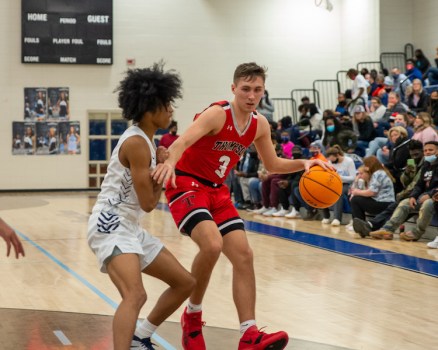 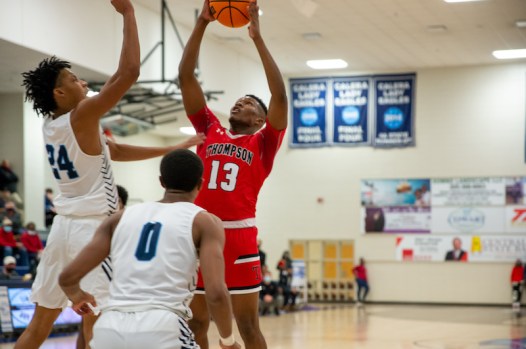 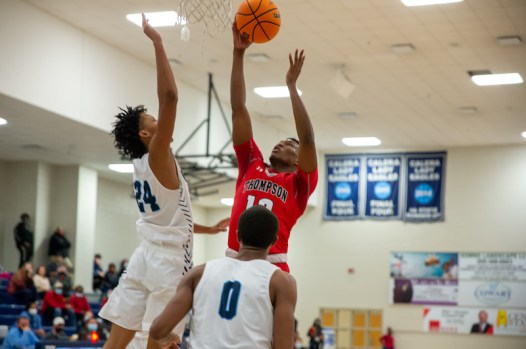 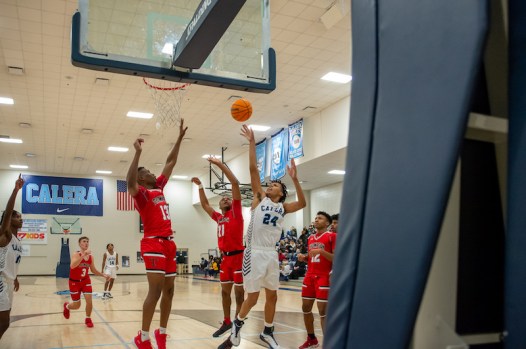 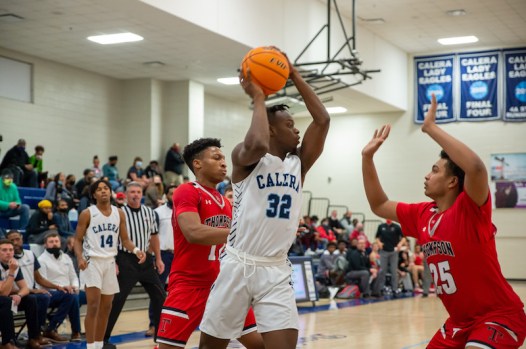 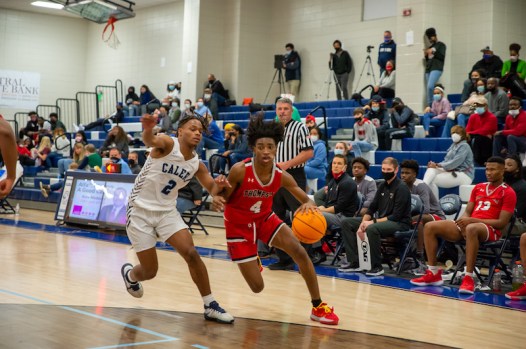 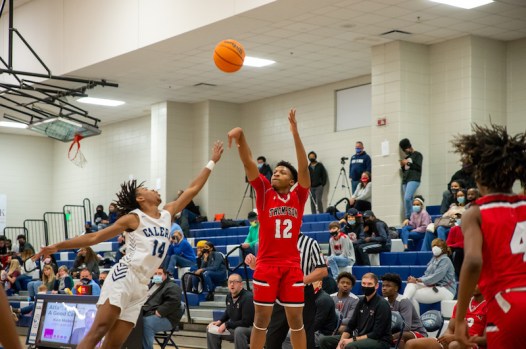 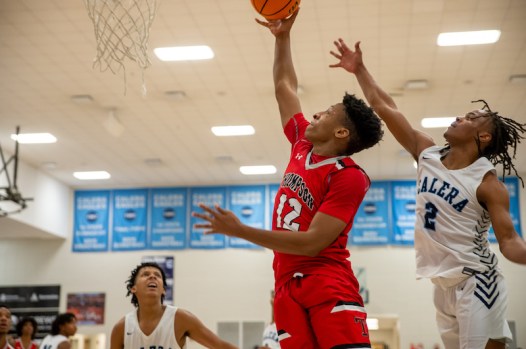 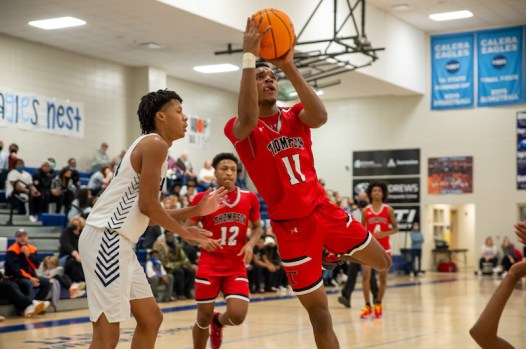 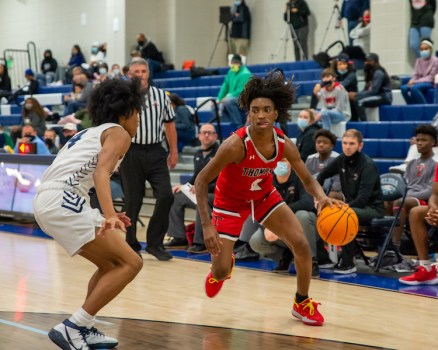 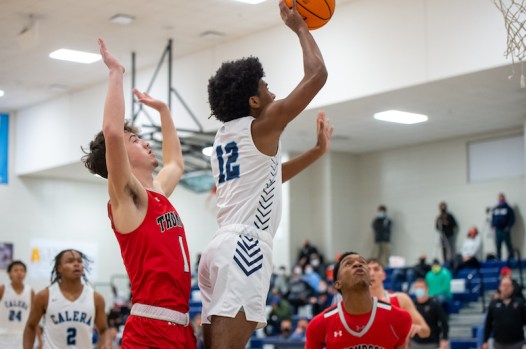 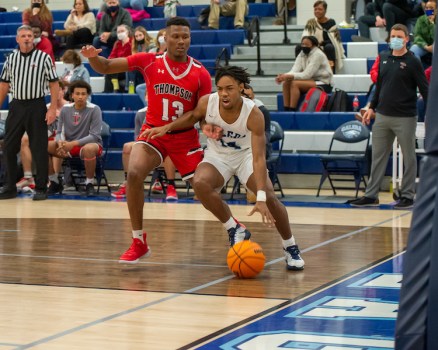 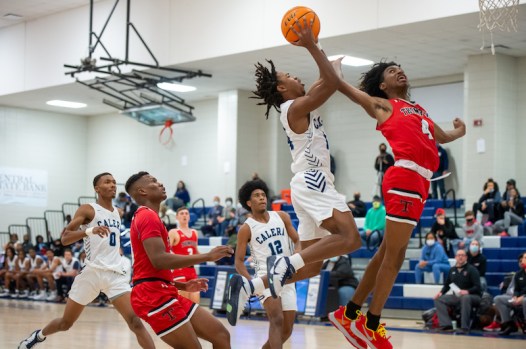 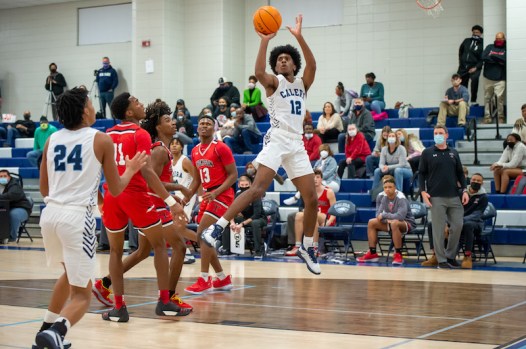 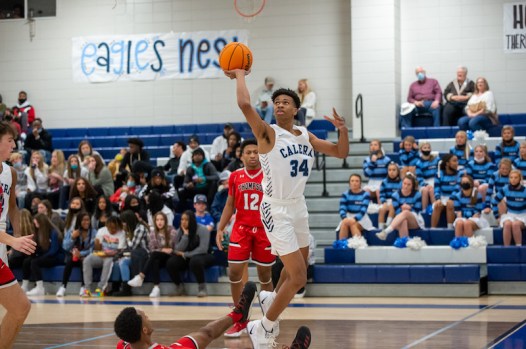 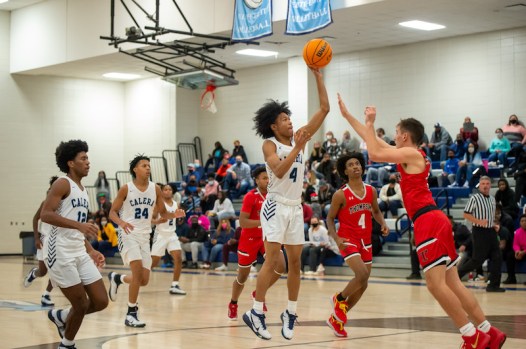 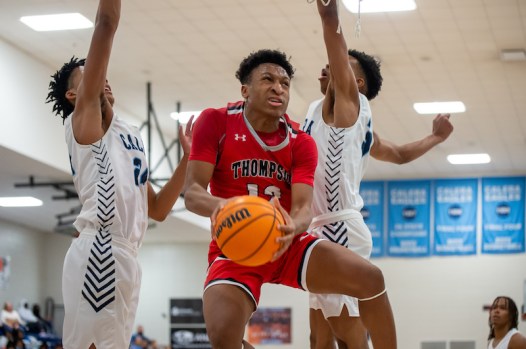 CALERA – The rubber match for the county rivalry of Thompson and Calera took place on Friday night, Jan 8, at Calera High School and was a battle to the finish.

After the Warriors won the first matchup between the two this season and Calera the second, this one determined who would win the season series, and the game took the tone of the first matchup back in November that saw Thompson squeak out a four-point win at home.

But this time around, on their home floor, the Eagles held serve with a 65-56 win to send them into area play having won four of their last five games.

Both teams struggled to connect on offense in the beginning of the contest. Xzayvion Childress’ first basket with 3:50 to go in the first quarter only put Calera up 4-0, while J.B. Mitchell’s three-point play ended Thompson’s scoreless start 14 seconds later.

The teams traded baskets and the leads with the Eagles taking an 11-10 advantage on Keyshawn Haynes’ second basket. Haynes was the hot hand for Calera early on and added eight more in the second quarter, including his second and third threes of the game.

Wes Roberson nearly matched that, scoring his first seven points in the period to help the Warriors keep pace.

After Thompson took the lead, Calera was able to earn trips to the free throw line near the end of the half, leading to seven consecutive free throws and a 9-1 run to put the Eagles in front 30-23 at the break.

Thompson (10-5) responded with their best quarter of the game in the third. The Warriors sandwiched 7-0 and 9-0 runs around a 5-0 spurt from Calera to take their biggest lead of the night.

Brad Lewis’ third field goal of the quarter gave them a 43-37 lead as Thompson began to finally break Calera’s pressure.

Still, the Eagles closed the deficit to two heading into the final frame.

And sure enough, they saved their best for last.

Haynes hit his fifth three of the evening to start off the quarter, while Thompson went cold from outside.

Calera, however, built off of the early three from Haynes and went on to have six players score, leading to 24 points in the fourth.

Haynes added seven more for a game-high 23 with Duke Chambers adding six of his 11 late in the game. Jordan Eggleston reached double digits as well for Calera with 12.

Thompson was again without leading scorer in senior Grant Hopkins and was paced by Roberson’s 13 points. Jack Dorolek added 10 points, while Steven Walker and Brad Lewis each chipped in nine points. Lewis also led the Warriors with 8 rebounds.