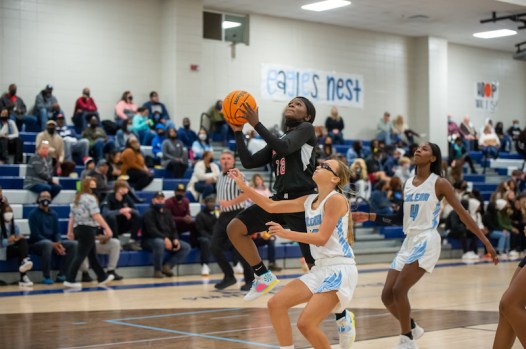 The Thompson girls basketball team used 19-0 run in the second quarter to create separation from Calera en route to a 40-point win on Jan. 8. (For the Reporter/Larry Dancy) 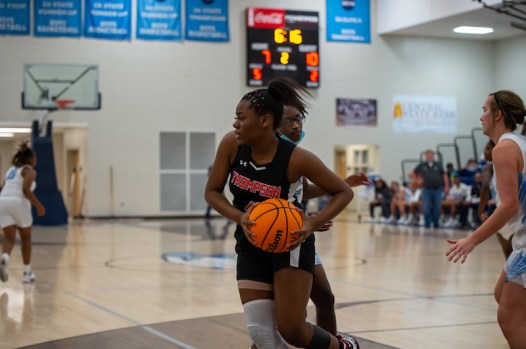 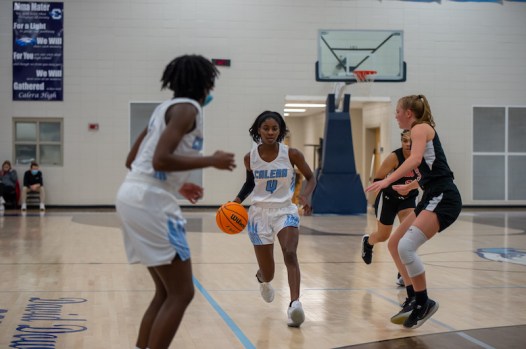 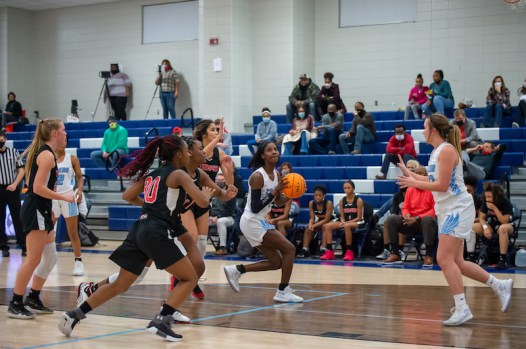 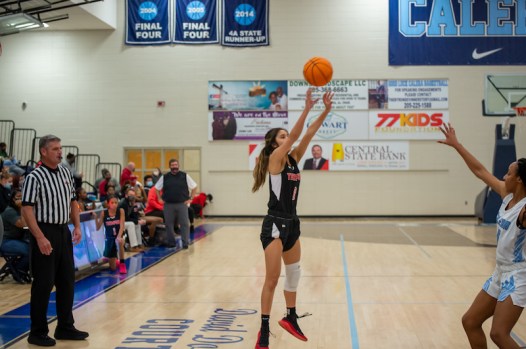 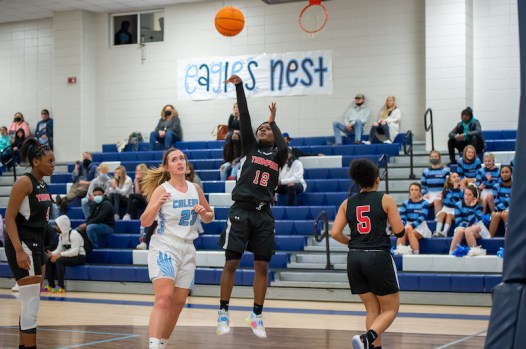 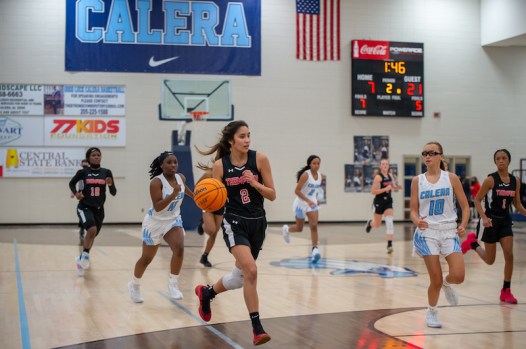 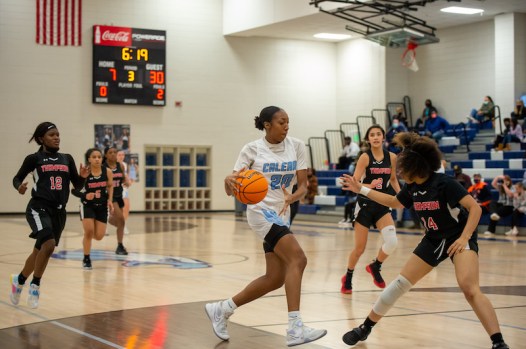 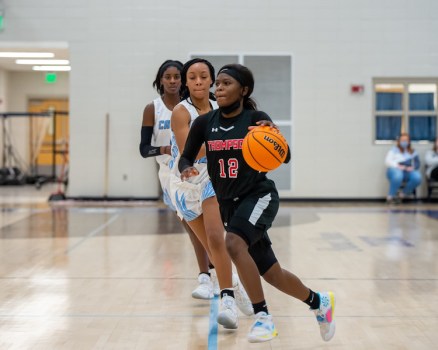 CALERA – In the second year of the Marty Smith era, the girls basketball program at Thompson High School has already eclipsed their win total from last year and look poised to make a strong run in area play in 2021 with momentum on their side.

The Warriors bounced back from a tough loss to Spain Park and dominated Calera from start to finish on Friday, Jan. 8, to improve to 12-4 with a 55-15 win on the road.

The game had a rough start for both teams as two players scored for each squad in the first quarter. Alicia Reasor dropped in a couple of baskets for the Warriors, while Zyon Gaiters hit a 3-pointer to join her.

The Eagles matched that as Kaylen Moultrie scored five of her team’s seven points in the period as the two teams tied 7-7 after one.

The Warriors came alive on both ends in the second quarter as Reasor had multiple steals and buckets in the quarter. Dasia Huynh also caught fire, hitting twice from long range to add to Gaiters who added another three.

They also shut out Calera going on a 19-0 run to take control of the game.

“I’m very proud of how we got dialed in after the timeout when we were tied 7-7,” Thompson head coach Marty Smith said. “I’m also proud of how this team has grown into a group of young ladies that care more about the name on the front of the jersey instead of the name on the back.”

Ahead 26-7 coming out of the break, the good play on both sides of the floor continued for Thompson. Six Warriors scored and they forced 11 turnovers in the third quarter as Calera managed only six points.

Lindsey Cook scored off multiple turnovers and had all six of her points in the quarter, while Reasor added four more. At the end of three, Thompson had the game well in hand, 41-13.

“The cohesiveness of this group is special considering all the outside noise and destructions they face every day,” Smith said. “This program is growing tremendously right before our eyes.”

Reasor scored four more in the fourth and finished with 16 points to lead all scorers. Huynh finished with eight, while Cook and Gaiters added six each.

Calera (3-9) will resume play Friday, Jan 15 against area opponent Chilton County on the road with the game scheduled to begin at 5:30 p.m. Thompson will begin area play at Tuscaloosa County Tuesday, Jan 12 at 6 p.m.