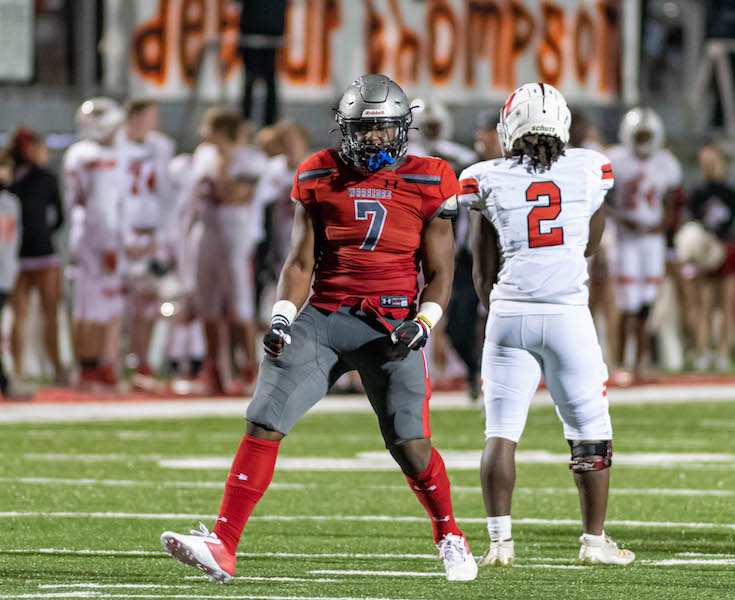 Jeremiah Alexander, above, and teammate Conner Harrell have been named to the Super All-State team featuring the 12 best players from the state regardless of classification. (File)

One was determined to repeat as a state champion while the other stepped on the field as a starter for the first time this year looking to replace back-to-back player of the year winners.

You know both of them by now after Jeremiah Alexander and Conner Harrell put together spectacular seasons on their respective side of the ball to lead the Thompson Warriors to a second Class 7A State Championship in a row.

Following a season of gaudy numbers and a title, both have also received plenty of postseason recognition for their stellar play.

But on Tuesday, Jan. 12, the two junior stars received their highest honors yet when both were named to the 2020 Super All-State team by the Alabama Sports Writers Association.

Earning a spot on the prestigious team made them two of the 12 best players in the state regardless of classification, as the Warriors joined Pleasant Grove as the only team to feature two players.

This year was different for both players and featured its share of challenges despite each being a junior. 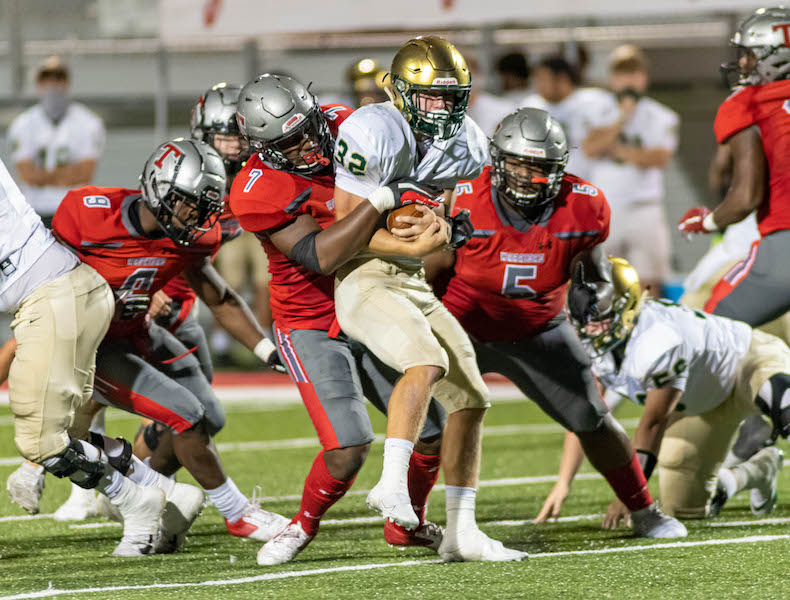 Thompson linebacker Jeremiah Alexander earned this year’s Player of the Year award in Shelby County after totaling 29 tackles for loss this season for the state champion Thompson Warriors. (File)

Alexander entered the season with the weight of being an Alabama commit, one of the top 10 players in the country and a third-year starter all squarely on his shoulders.

But he also entered with the mindset of doing everything he could to help the Warriors repeat as champions.

He decommitted from Alabama so he wasn’t labeled as a future player for the Crimson Tide but a Thompson Warrior.

Moving from a weak-side defensive end to more of a true linebacker that had to read the defense, Alexander poured everything he had into becoming the best he could for the team.

He went on to finish the year with 29 tackles for loss with 106 total tackles and eight sacks to earn the county’s Player of the Year award as well as the Class 7A Lineman of the Year award.

Most importantly, he held true on his promise to help lead the team back to a state championship. As one of the 12 best players, he is now a finalist for the Mr. Football Award which is given to the state’s best player each year. 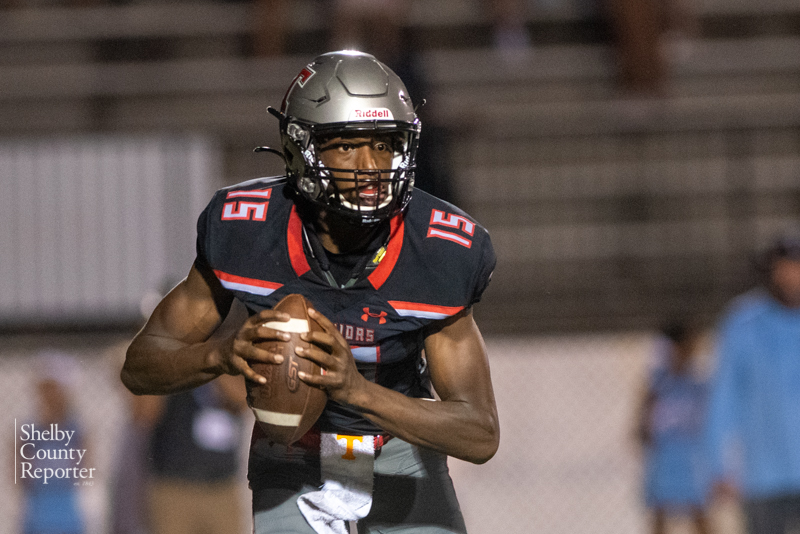 Harrell jumped into the starting position as a junior forced to replace Taulia Tagovailoa and Sawyer Pate.

Tagovialoa won the Back of the Year award twice in 2017 and 2018 and led the Warriors to their first state championship appearance since 1982.

Pate went on to win the Back of the Year award in his lone year as a starter last season, while leading the Warriors to their first state championship win since 1982.

But from day one, Harrell showed he was ready.

While head coach Mark Freeman reiterated throughout the season that they were trying to get Harrell more comfortable each week, he proved very early in the season that he was capable of handling the offense.

He showed poise, patience, a strong arm, speed and the ability to extend plays every time he stepped on the field.

That led to a jaw-dropping first year as a starter in which he totaled 3,405 yards and 40 touchdowns through the air, completing 220 of his 298 passes with only three interceptions, while also running for 300-plus yards and an additional five touchdowns in 14 games played.

He helped spark a Thompson offense that averaged 43.1 points per game, scoring 42 or more points in eight of 14 games.

Harrell went on to follow in the footsteps of his predecessors, winning the Back of the Year award to make it the fourth year in a row that a Thompson quarterback had won the award. He also was key in helping the Warriors win back-to-back titles for the first time in school history.

Each player will now await to see if they are this year’s Mr. Football winner, which will be announced on Saturday night, Jan. 16, at 11 p.m.