Helena mayor outlines goals for 2021, including updates on new businesses 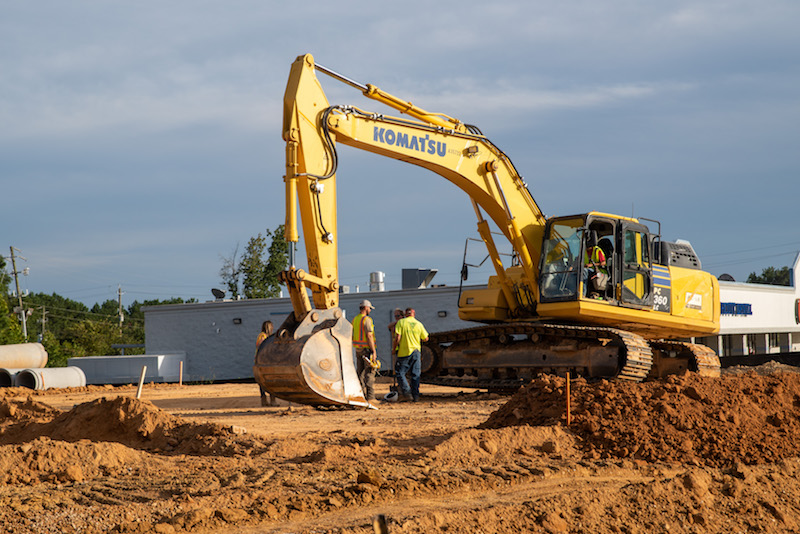 Above, workers prepare to work on the future site of the Helena Chick-fil-A, which is expected to open this spring. (Reporter photo/Keith McCoy)

HELENA — Though 2020 was a tumultuous year that was unpredictable and full of uncertainty, newly-elected Helena Mayor Brian Puckett is looking forward to accomplishing a variety of projects and improving resources for the city in 2021.

“We are doing a lot of proper planning right now,” Puckett said. “We need to determine where our resources need to be best used to make sure that we are putting in solid plans for the future.”

One of the biggest concerns among citizens of Helena is the need for infrastructure improvement, especially with regards to intersections in the city.

“One of the things is that we are finishing up is the intersection improvement where that new development is,” Puckett explained.  “This project should be finishing up here in mid-march.”

Another infrastructure project that Puckett hopes to address is fixing the city’s water system.

“We are going to be looking to replace the main water line, which will be about a $3 million project,” he said. “We are almost at the capacity of what our water system can handle. We need to make sure to improve it now, so that we won’t get behind in the future.”

Over the past year, many development projects were announced that will bring in a large amount of revenue for the city. Those include the location that will be home to the city’s first Chick-fil-A and AT&T store, and another that will bring in businesses such as Freddy’s Frozen Custard & Steakburgers and Dunkin’.

“We should start to see store openings with the Chick-fil-A and AT&T development within April,” Puckett said. “The Freddy’s and Dunkin’ development will start moving ground hopefully within the next month.”

Beyond developments, one of Puckett’s biggest goals for the city is to improve human capital and resources by way of hiring new police officers, fire department employees and others to better serve the community.

“When I ran my campaign, one of my big things was continuing to keep our city safe, and also bringing up our resources to match,” he said. “Since then, we have two new hires with the fire department and four new police officers.”

Another resource Puckett wants the city to have is a new position within the Helena Parks and Recreation Department as an Athletics Supervisor.

“This will be someone who will focus mainly on the sports side of things,” Puckett explained.  “It will allow our director to be able to manage people in both the parks and recreation side instead of him having to cut grass all the time, which will be a big boost for the city.”

Finally, urging cautious optimism, Puckett wants Helena to be open for business while also protecting those who live in the city.

“We want to make sure that people stay safe and remain that way, but we also want to be open for business,” he said. “The biggest challenge we have versus last year is to make sure that we do not have any knee-jerk reactions to closing things down or opening back up.”

If everything goes well, Puckett said 2021 will be a year of sustained improvement for the city with a lot of planning for the future.

“Really, this first year is going to be getting our ducks in a row, getting everything organized and plans in place so that we can start truly executing on those plans to be successful down the road,” he said.