Wilder ready to win round two

In my first two months of working at the Reporter, one of the first in-depth stories I worked on was a story about a 13-year-old girl from Columbiana who was on the path to beating brain cancer. 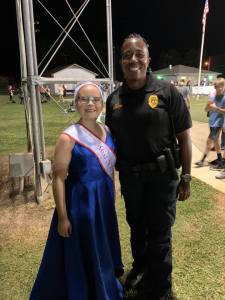 More than four years later, Mollie Wilder was in remission and in the midst of her senior year at Shelby County High School when the cancer came back.

On Dec. 22, 2020, Mollie’s mom Renee’ Wilder said their doctors confirmed there was a 99-percent chance there was a secondary cancer, but they wouldn’t know what kind or what treatment was needed until removal. The tumor was located on the motor strip portion of the brain and in the area that controls your feet.

The hope is that it is a grade 1 cancer so that removal will be all that is needed.

I’m not one that stays quiet when it comes to cancer, much less childhood cancer. It’s one of my least favorite aspects of life, and something I despise.

That hatred has grown even deeper over the last several months with the knowledge of several Shelby County children diagnosed with the deadly disease, and most notably Destiny Reikeberg dying from the disease in September of last year.

Now to see the news of Mollie’s cancer returning, it’s a heartbreaking blow.

But being in remission and the positive attitude Mollie shows on a daily basis as being a normal kid, you just don’t expect it to happen.

Mollie’s attitude, however, has remained as upbeat as possible, enjoying Christmas and ready to tackle this battle yet again. 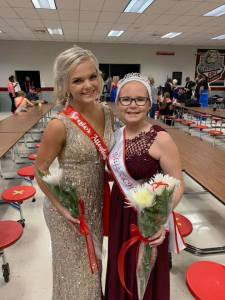 Wilder was named Mis SCHS during the fall of her senior year.

Surgery has been scheduled for Jan. 13, and she will have to spend 5-7 days in the hospital at Children’s of Alabama.

For Mollie, she battled the first cancer for four years without batting an eye as a true warrior and got through. The signs aren’t clear if this will be as serious, but she stands ready once again to kick cancer’s butt, and I have no doubt she will give it all she has.

So join me in standing alongside Mollie and her family with prayers in the coming weeks and months as her next battle unfolds. Mollie, we can’t wait to see you win again and continue to be a role model for us all. 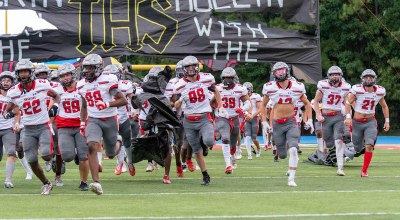